Air Arabia continues to prove it is one of the Middle East’s most consistently profitable airlines. While other carriers in the region have suffered through the vagaries of the regional economic climate and the various social and political disruptions, the carrier has continued to report solid results, despite the external shocks buffeting it and mounting competition in the market space it pioneered in the Middle East.

With its low-cost operation, solidly installed passenger base and nimbleness in exploring new routes and reallocating capacity, the carrier soldiered through the high oil prices and Arab Spring period with comparative impunity. Although the regional political climate is far from settled, economic conditions are improving and the carrier is now looking to capitalise on renewed traffic in the Middle East.

2012 is looking likely to be a significant improvement on 2011 in terms of both traffic and the bottom line. Air Arabia’s net profit for 1H2012 was AED115 million (USD31.3 million), an increase of 22% on the previous period in 2011. The net result is the carrier’s best since 1H2009, although the 2011 figures were dragged down slightly by the carrier continually adjusting operations to deal with the unrest in the region. Net margin was 9.6%, up slightly from 1H2011. 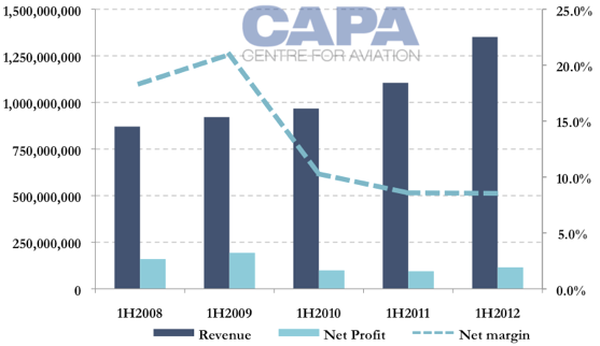 Revenue grew 22% in the six-month period, to a record AED1300 million (USD354 million). The airline handled 1.3 million passengers for the half year, at an average load factor of 85%. This is an improvement of 3ppts on the same period in 2011, and a particularly strong result for the first half of the year. 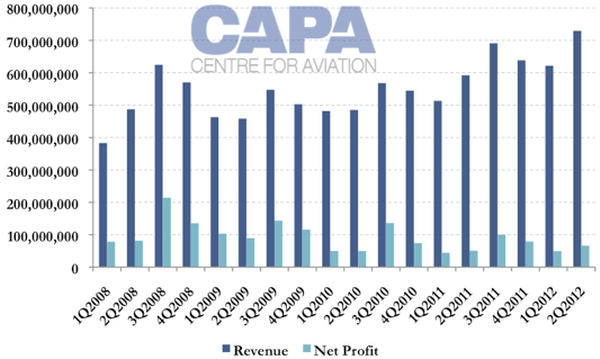 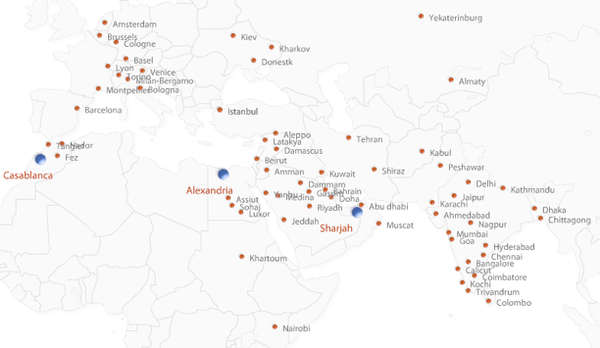 There are plenty of markets that Air Arabia has yet to fully develop in the Middle East and further afield. The carrier has only two routes into Iran – Shiraz and Tehran – and the Iranian market remains a major growth opportunity, even with the uncertain political environment. Air Arabia is also yet to add any routes into the fast-growing Iraqi market. Regional low cost rivals such as flydubai and Jazeera Airways are already serving the Iraq market.

Outside of the Middle East, South Asia remains Air Arabia’s core market. The airline has an extensive network in India, operating to 11 destinations, but its network into Pakistan is comparatively underserved. Pakistan is an important migrant worker market for GCC countries, but Air Arabia’s operations into the country are limited to Pashawar and Karachi. Pakistan International Airlines already operates to Sharjah from Sialkot and Turbat. Similarly, connections into Northern and Eastern Africa are yet to be properly explored; outside of Morocco and Egypt, the carrier’s only African destinations are Khartoum and Nairobi.

Multi hub strategy proving its worth

Air Arabia’s multi-hub strategy of using local joint-venture partnerships to operate Air Arabia branded carriers adds another layer to its strategic options. The carrier’s Morocco and Egypt hubs are recovering well after the disruption of 2011. Both have reached cash flow and profitability break-even and are operating in excess of 70% load factors.

From hubs in North Africa, the carrier has easy access to Western and Central Europe. Having taken delivery of its fourth A320 in Jun-2012, and launching a new route to Milan, the carrier is also assessing the possibility of adding more European destinations. Air Arabia Egypt launched a successful charter operation between the Red Sea and Europe in 2011, and the carrier sees enormous potential for leisure travel between Egypt and Europe.

Thanks to the open skies agreement between the EU and Morocco, Air Arabia Maroc already operates to 18 designations in the EU, 13 of them year-round. The carrier reportedly plans to introduce Nador-Bologne service and is also looking at a London service from Casablanca, although the UK is not a major market for the carrier despite no carrier having a stronghold.

Eastern Europe is also an attractive option for Air Arabia, particularly Russia and the CIS states, which have a combined market of more than 175 million people. Air Arabia already operates to Moscow, Kiev, Donetsk and Almaty from Sharjah, but is looking at additional routes, possibly as seasonal destinations. Both Sharjah and Alexandria are viable options to serve and Egypt is a popular tourist destination for Russian nationals.

A major unresolved strategic question for the carrier is its fourth hub in Jordan, which remains on hold for the moment. The launch of the new hub was suspended last year due to the Arab Spring disruption. The present instability related to neighbouring Syria makes it unlikely the carrier will add to its Amman hub until regional stability returns and the global economic climate improves.

While net margins are down on the 20% plus levels seen in 2008 and 2009, Air Arabia is still consistently profitable and has largely managed to avoid the creep in unit costs that has affected some of its contemporaries. Unit costs were up 10.4% in 2Q2012, behind the increase in unit revenue of 9.9%. However, excluding fuel, Air Arabia managed a 6% reduction in per passenger unit costs. 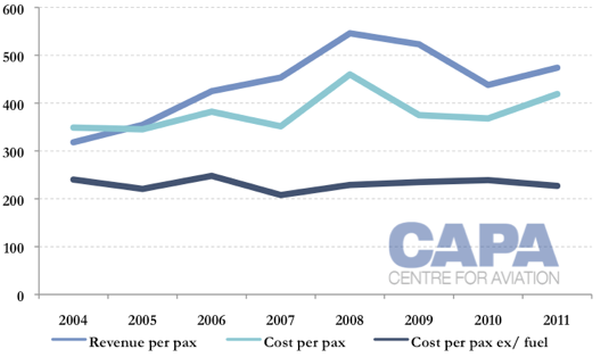 Fuel costs remain a concern, with overall 1H2012 costs up 15% and fuel costs continuing to challenge regional carriers, according to Air Arabia CEO Adel Ali. Air Arabia has hedged 25% of its expected fuel acquisitions for 2012 at USD90.45 per barrel, and is taking a conservative approach to its fuel strategy.

In May-2012, Mr Ali said oil at USD85-95 per barrel would be good for the aviation industry and that “plus or minus USD100 is reasonable for the seller and the buyer”. He does not expect a return to the USD70-80 per barrel oil prices seen earlier this year. 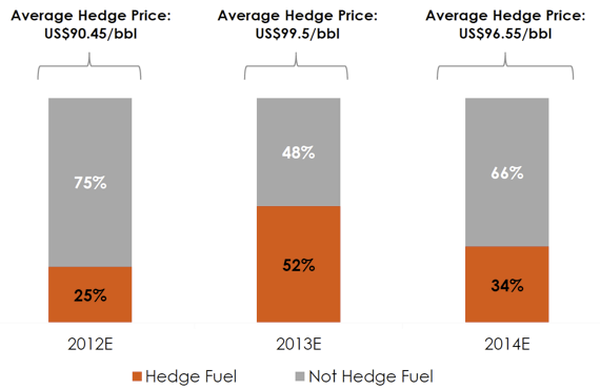 Air Arabia started 2H2012 with record monthly traffic: Jul-2012 passenger numbers rose almost 10% year-on-year to 477,839. The busy summer holiday travel period is the key to profitability for the airline. Generally, the carrier earns between 35% and 45% of its profits in the quarter.

With strong Jul-2012 traffic and solid forward bookings promising record passenger levels in the vital summer travel period, the carrier has a positive outlook for the full year period.  According to Mr Ali, the airline is witnessing “significant customer demand” across its network. Air Arabia will target growth into Central Asia, Russia the CIS and Eastern Europe from its Sharjah hub. Egyptian operations will be grown organically, focusing on the Gulf region, Europe and Africa. Moroccan operations will expand into Europe, and the carrier will seek further flying rights to Africa.

The low cost market segment is a growing part of the Middle East’s aviation ecosystem and complements the sixth-freedom, and often long-haul focused, behemoths. Air Arabia plans a continuous expansion over the next few years. LCC market penetration in the Middle East is still only 6%, so there is plenty of room for growth and Arab intra-regional traffic shows increasing demand for air travel as local economies develop.