CAPA's Aviation Awards for Excellence are returning in 2022, with two important milestone events in November and December:

“Climate change is a critical challenge, and climate inaction is a critical mistake. In 2021, we partnered with Envest Global to assess the airline industry as they face more and more pressure to reduce aircraft carbon emissions. A year on, it is now time to award those airlines who have put climate change at the forefront of their business and lead the industry in this field.”

Award categories will be announced shortly.

Regarded as the pre-eminent awards for strategic excellence in aviation, CAPA's Aviation Awards for Excellence reward airlines and airports that are not only successful but have also provided industry leadership in adjusting to a new environment. At a time of industry upheaval, our winners are adopting strategies that offer new directions for others to take up.

The CAPA Awards for Excellence are not driven by customer surveys or sponsorship. They are independently researched by an independent international panel of judges. CAPA's panel of judges review nominations for all categories, but not all categories are awarded each year. Awards are only made if the judges determine there is a suitable winner.

Winners will be selected from nominated businesses as well as a select group determined by CAPA’s independent judging panel. Nominations for the CAPA Aviation Awards for Excellence close on 30-Jun-2022. To nominate your business for any of the above categories, please contact CAPA Content & Marketing Director, Marco Navarria at mnavarria@centreforaviation.com.

Please note, nominations will not be taken for the CAPA Environmental Sustainability Awards for Excellence.

Airline Executive of the Year
2019

Regional Airline of the Year
2019

Airline Turnaround of the Year
2019

Airline Startup of the Year
2019

Large Airport of the Year
2019

Medium Airport of the Year
2019

Regional/Small Airport of the Year
2019

Regional Airline of the Year
2019

Large Airport of the Year
2019

Medium Airport of the Year
2019

Regional Airport of the Year
2019

Innovation of the Year
2019

Medium Airport of the Year
2018

Large Airport of the Year
2018

Innovation of the Year
2018

Airline Startup of the Year
2018

Airline Turnaround of the Year
2018

Regional Airline of the Year
2018

Airline Group of the Year
2018

Airline Executive of the Year
2018

Regional Airport of the Year
2018

Medium Airport of the Year
2018

Large Airport of the Year
2018

Airline Turnaround of the Year
2018

Airline Startup of the Year
2018

Regional Airline of the Year
2018

Airline Executive of the Year
2017

Regional Airline of the Year
2017

Airline Turnaround of the Year
2017

Medium Airport of the Year
2017

Regional Airport of the Year
2017

Small Airport of the Year
2017

Medium Airport of the Year
2017

Large Airport of the Year
2017

Tourism Organisation of the Year
2017

Regional Airline of the Year
2017

Aviation Executive
of the Year 2017

CAPA Airline of the Year

CAPA Aviation Executive of the Year

CAPA International Airport of the Year 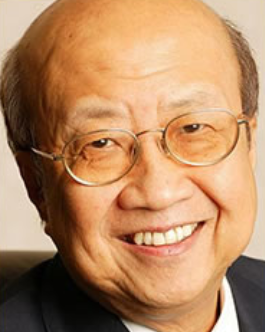 Dr ('CK') Cheong Choong Kong accepted his last award as an airline executive on 8 July 2003. With 29 years in Singapore Airlines - and 19 at its helm - he retired from his SIA role on 30 June, 2003. 'CK' presided over perhaps the most remarkable growth of any airline, regardless of region. In terms of recent aviation 'greats' in the Asia Pacific region, there is only blue sky between him and other contenders. As with many greats, CK is unassuming and quietly self-deprecating, with a sharp - but usually gentle - sense of fun. He did not retire, but joined a leading Asian bank, where, as he noted with characteristic understatement and wry humour, "I have reason to believe that my banker's credentials, especially during these times, will endear me to a lot of old friends in the airlines and the travel business." 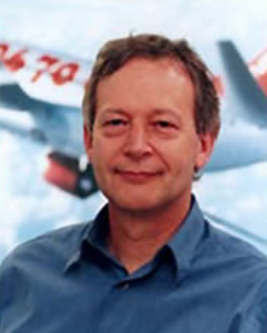 CEO for ten years of a company that has changed the way people think about travel, Ray Webster, has built an airline that carries 30 million passengers a year. A former Air New Zealand executive for 28 years, Ray left easyJet in a strong position, unveiling a better than expected rise in profits and a strong outlook. Ray Webster said: "I am honoured to be presented with such an award, however I must stress that the success of easyJet is the result of a passionate, dedicated and enthusiastic team that I am very proud to have been a part of." 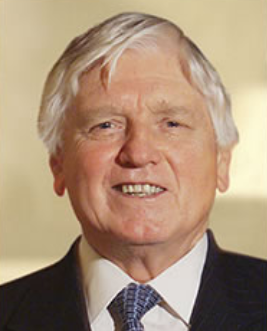 Under Mr Flanagan's stewardship since start-up, Emirates has gone from two aircraft serving three destinations in India and Pakistan to a fleet of more than 100 aircraft and the only airline operating non-stop to all continents on the globe from the one hub. Emirates' and Dubai's ascendant influence on global aviation will change the structure of the industry in years to come. 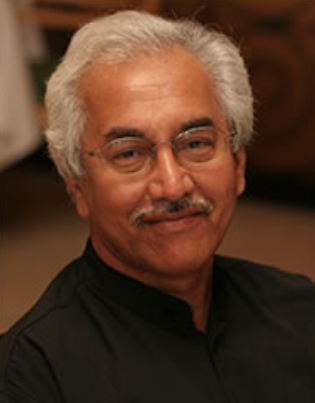 Over several decades, he has had a quiet but massive influence in all sectors of Malaysia's aviation development, in what has been a remarkable period of aviation development and reform. Under Dato' Bashir's leadership and vision, KLIA has had an outstanding recent history. It is a regional leader in the low cost sector, which is driving millions in investment and tourism expenditure into the country. Malaysia's ascendant influence on Asian aviation will change the structure of the industry in years to come. 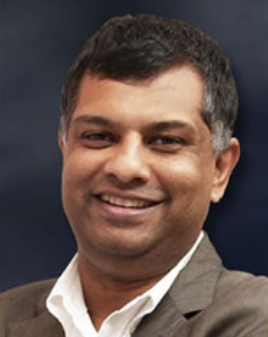 Tony Fernandes is the youngest inductee into the Hall of Fame, but his impact on Asia Pacific aviation has been profound. Pioneering the cross-border joint venture model in Asia to open up new opportunities beyond its Malaysian base in Thailand and Indonesia, as well as low-cost long-haul services to link the region globally, the AirAsia Group is on track to handle 24 million passengers in 2009 – some 30% more than in 2008, despite the global economic slowdown. But AirAsia's impact is much more than its generation of strong traffic growth. The airline is catalysing positive change in the way governments, suppliers and its rivals are thinking and acting. We are delighted to recognise Tony Fernandes' leadership role in driving our industry forward. 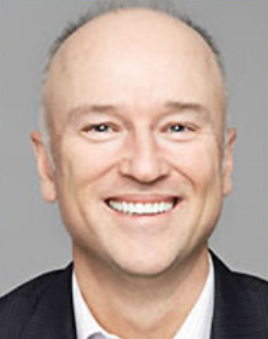 Brett Godfrey stepped down on 07-May-2010 after 10 years as CEO of Virgin Blue – a tenure that saw the development of Virgin Blue from start-up into Australia's second largest carrier, as well as the establishment of New Zealand-based Pacific Blue, the group's long-haul arm V Australia and the innovative cross-border JV with the Samoan Government. Among aviation industry figures he is unique. A relatively low-key, albeit Type-A, CEO, he has gone where few in aviation history have ever walked. Air fares today on most major routes in Australia are to be had for about a fifth of the price before he came along. Communities which despaired of ever convincing Australia's pre-2000 high cost airline duopoly to fly there, today have multiple jet services. And, to a very large extent, that is due to the vision and energy of one man, along with his willing and highly committed team. Virgin Blue would never have become a viable airline force without his passion, his obsessiveness and even pedanticism – to use his own description of himself. 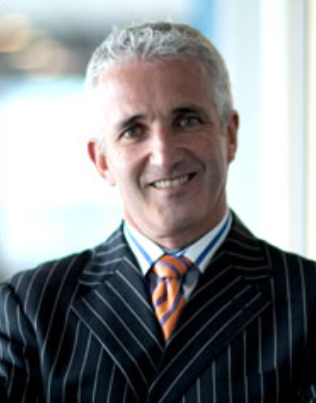 Rob Fyfe brought to Air New Zealand a change of style which drastically reshaped the mentality of the airline, engaging the workforce and its travelling public. Under his leadership the airline took on vital roles in community support during domestic tragedies over the past two years. He led from the front at all times – including the globally renowned marketing product designed to illustrate the airline's all-in offering. He has shown leadership in social media marketing and many other finer touches, including changing the way airlines do inflight safety announcements, encouraging passengers to pay attention to safety messages. Rob is the first to take his shirt off and join in. 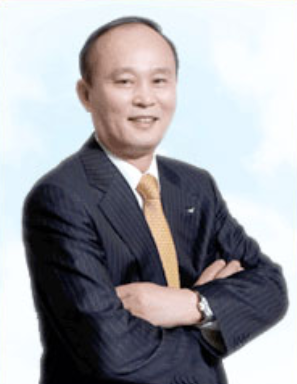 Since CW Lee became CEO of Incheon International Airport Corp in 2008, the airport every year has been voted by Airports Council International as the world's best. Under his leadership the airport has been highly profitable while maintaining a high level of service at very low cost to airlines, and offering one of the world's best retail operations. After supervising the introduction of Phase 2 of the airport's now 44 million passenger capacity with a new runway and terminal expansions, CW Lee has prepared the financial and operational groundwork for Phase 3, which will see the airport capable of handling 62 million passengers annually and 5.8 million tonnes of cargo. Mr Lee has also diversified the company into consulting services for other airports, including taking a 10% holding in Vladivostok's Khabarovsk Airport. 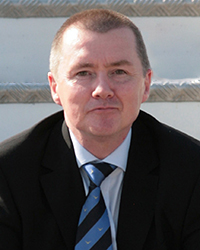 Willie's focused and strategic management style has served him well at the helm of Aer Lingus, British Airways and IAG – of which he was the lead architect. In both 2015 and 2016, IAG achieved a return on invested capital above its estimated cost of capital, giving it the rare distinction among European legacy airline groups of creating economic value for investors.

Like those of other airlines, its 2016 results were helped by lower fuel prices, but IAG's strong improvement owes much to Willie Walsh's determination to stick to his goals, particularly as regards the turnaround of Iberia. IAG was the first among the larger European legacy groups to tackle labour cost restructuring. In addition, its 2013 acquisition of Vueling gave it a strategic advantage over Air France-KLM and Lufthansa in dealing with the short/medium haul threat from LCCs.

On long haul, it has eschewed anti-Gulf airline rhetoric with its Qatar Airways partnership, including a codeshare, a JV with BA and an equity stake. On the North Atlantic, it is now benefiting from its acquisition of Aer Lingus, and its long haul business has also been added to with the more recent launch of the long haul low cost airline brand LEVEL