Despite the impact of the Arab Spring, Oman Airports Management Company (OAMC) has been able to report record passenger numbers at Muscat and Salalah airports during 2011. Combined traffic at the two airports was better than 7 million, up 12.7% from the 6.2 million passengers handled in 2010. 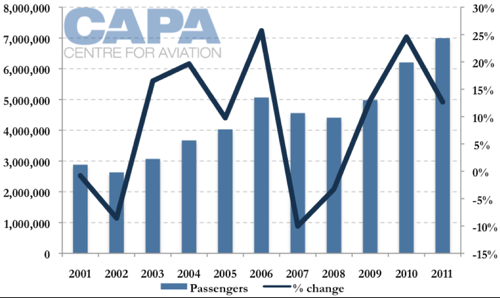 Muscat International Airport, the country’s major international gateway, handled 6.4 million passengers in 2011, up 12.7% year-on-year. The airport has operations from 30 scheduled carriers with 58 destinations. 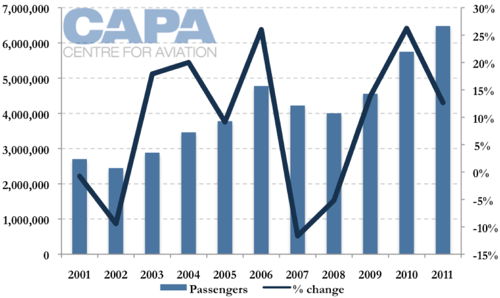 Two major factors contributed to the growth at the airport: the ongoing development of Oman Air and the growth in airlines serving the airport.

Oman’s state-owned carrier is now well entering the fifth year of a major expansion and redevelopment. The airline has progressively expanded its fleet and network, as well as completely reworking its product, both in the aircraft and on the ground, and expanded its network.

During 2011 Oman Air added new services to Milan, Zanzibar and Zurich. A new service to Moscow had been planned for 2011 but has been postponed. The airline increased capacity to Colombo, Cairo, Karachi and Male. 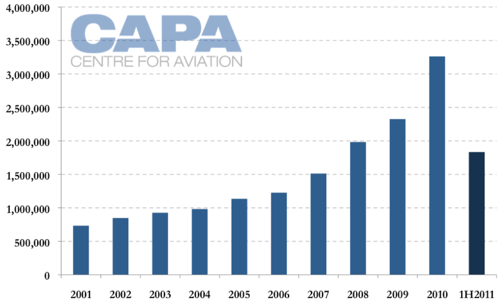 The addition of services by IndiGo reinforces the position of the Indian sub-Continent as the airport’s strongest region for passenger traffic. During 2011, 2.5 million passengers were transported to/from the Indian sub-Continent region via Muscat. Apart from IndiGo, the airport also sees sub-continent traffic from Air India and its low-cost unit, Air India Express, as well as Airblue, Jet Airways, Biman Bangladesh, SriLankan Airlines, Shaheen Air and Pakistan International Airlines.

Oman Air has extensive operations into the sub-continent region. In India, it operates to 10 destinations, as well as three in Pakistan, and one each in Nepal, Sri Lanka and the Maldives. 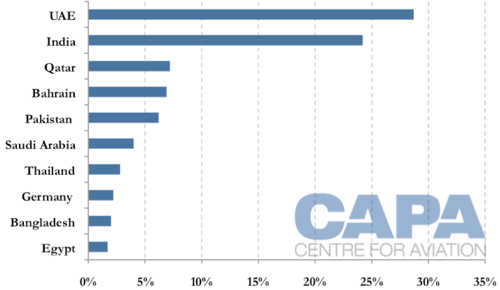 Oman’s smaller international airport at Salalah, in the country’s south, also experienced relatively strong growth. The airport saw passenger traffic up 12% to 513,000, with notably stronger traffic during the Oman holiday periods and relatively strong pilgrimage traffic. Outside of Oman Air, the only other scheduled carrier at the airport is Air India Express, which has operations to Kochi and Trivandrum.

With increasing premium passenger levels thanks to Oman Air’s improved service standards, new first and premium lounges at the airport have been added. Other detail improvements were completed, including increased car parking capacity, new aerobridges and other passenger service enhancements. A new surface movement system has also been selected for Muscat and Salalah and other development projects have been embarked upon.

Most significantly, OAMC awarded the long awaited contract for the development of the new terminal at Muscat Airport in early 2011. The contract was awarded to a consortium compromised of Bechtel, Enka and Bahwan Contracting. Work on the USD1.8 billion project began near the end 2011, although labour issues have already cropped up for the project. If everything stays to schedule, the terminal is projected to be completed in 1H2014, with operations to begin later in the year.