The new UAE joint venture between Abu Dhabi-based Etihad Airways and Sharjah-based Air Arabia is the first LCC to operate out of an Abu Dhabi base. The successful Air Arabia LCC was launched in 2003 and has had an almost unparalleled succession of profitable years of operation.

Air Arabia is an LCC JV with full service Etihad

The inaugural flight took off from Abu Dhabi to Alexandria on 14-Jul-2020, followed by flights to Sohag the next day. The intention is to complement the services of Etihad from Abu Dhabi to cater to the growing low cost travel market segment in the region.

The LCC JV starts with two Airbus A320 aircraft based at Abu Dhabi International Airport offering the same LCC value-added product and services as provided by Air Arabia across its hubs. With the need to respond to the implications of COVID-19 health and security, the customer journey has also been adjusted to adhere to all local and international guidelines.

Air Arabia Abu Dhabi's genesis was an agreement between Etihad Airways and Air Arabia to establish an independent joint venture company to operate as a low cost passenger airline with Abu Dhabi International Airport as its hub.

The capital’s first low cost carrier follows the business model of Air Arabia and complements the services of Etihad Airways from Abu Dhabi, thereby catering to the growing low cost travel market segment in the region.

Adel Al Ali, Group Chief Executive Officer Air Arabia, said: “We are delighted to announce the launch of the first flight of Air Arabia Abu Dhabi. While the global aviation sector continues to witness unprecedented challenges due to COVID-19 pandemic, this step is a testament to the strength of the UAE aviation sector and our commitment to its long-term prospects. Egypt is a key travel market and the launch of the first flights reflects our focus on supporting commercial and trade ties between both nations while providing our customers with a new value-for-money option to travel between both countries.” Egypt has been a major destination for the original Air Arabia, out of Sharjah.

Etihad has announced that it will codeshare on the Air Arabia Abu Dhabi services and will extend this to future routes as the airline expands.

At present, Air Arabia's Sharjah fleet is effectively grounded, with most of its 42 A320 neos and A321 long haul narrowbodies out of service, but it is gradually expanding again as some of its destination borders open up. The LCC has 122 Airbus narrowbodies on order.

The leading eastern European LCC, which has now been certified by the Abu Dhabi authorities to operate as an Abu Dhabi airline, Wizz Air Abu Dhabi has announced that it will launch operations on 1-Oct-2020. It will station two of the longer-haul A321 neos in Abu Dhabi, with another four to be positioned there over the following six months.

It too will fly to an Egyptian destination, Borg El Arab International Airport, but otherwise its main destinations are to be Athens, Kutaisi in Georgia, Larnaca in Cyprus, Odessa in Ukraine, and Zvartnots in Yerevan, Armenia.

The LCC already operates to Abu Dhabi from Bucharest and Budapest in Europe, flying under its home-based Wizz Air brand.

Of the Abu Dhabi operation, Wizz Air CEO József Váradi said: “This announcement is the first step of a long and much-awaited journey as we are dedicated to developing our presence in Abu Dhabi, contributing to Abu Dhabi's economic diversity strategy while offering ever more affordable travel opportunities on our low fare network”.

The arrival of low cost airlines based in Abu Dhabi is an essential, if small, part of the recovery plan of the emirate, following Etihad's restructuring and revised strategy.

Air services are a vital part of the programme of making Abu Dhabi a destination in its own right. Etihad's decision to establish a JV with an established and successful UAE contrasts with its neighbour, Dubai, establishing its own younger sister to Emirates Airline, in flydubai.

At present Abu Dhabi Airport is operating at approximately a fifth of its 2019 passenger capacity throughput; of that, Etihad is responsible for more than 80%. 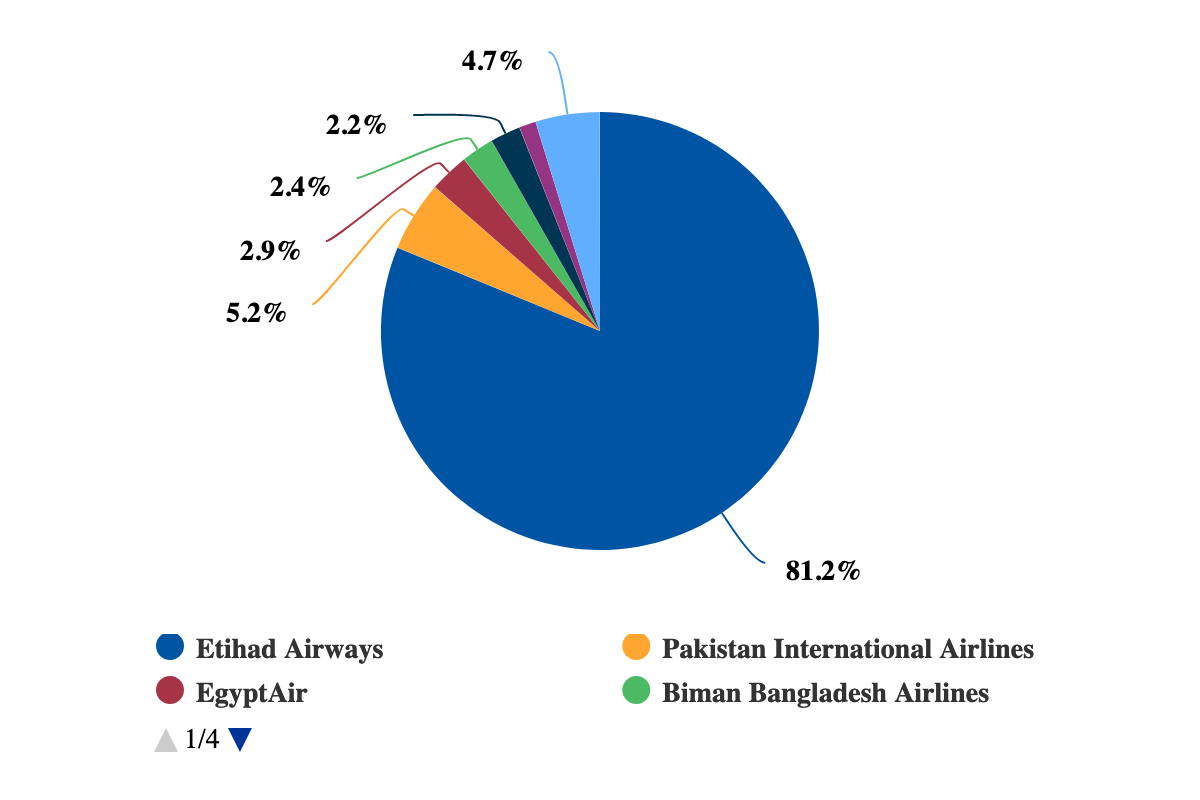 Although it was not part of the Etihad plan to welcome direct competition in the shape of an aggressive Wizz Air, the European LCC's establishment complied with the government's broader open skies strategy.

Although Wizz will not compete head to head with Air Arabia Abu Dhabi on any routes at this stage, it will limit the aspirations of the local airline as the two expand. And, if Wizz does in fact add another four long haul narrowbodies in the six months following its entry, it will establish a considerably larger footprint than the JV.

Etihad itself will be hoping that Wizz sticks to its core strategy of point-to-point operations, but it may well be that Wizz finds the potential for connecting Indian subcontinent traffic over Abu Dhabi into Europe too attractive to resist.

Whether or not that occurs, it is clear that 14-Jul-2020 marks the day when Abu Dhabi's aviation vision took a new turn.