In a recent interview with Forbes, Virgin Atlantic's flamboyant chairman, Richard Branson revealed the carrier is near a decision on joining one of the three global alliances. Virgin is one of the largest airlines still unaligned and its home base at London’s crowded Heathrow Airport makes it an especially important addition to one of the groups.

But count oneworld out

In actuality, the competition is between only two, as oneworld already includes British Airways, Virgin’s prime competitor at Heathrow. Regulators would be very unlikely to allow such an alliance consolidation at an airport with little opportunity for new entrants.

This leaves SkyTeam, driven by Delta and the AirFrance/KLM group and Star Alliance, currently the world’s largest in terms of membership and coverage.

SkyTeam currently only has a 6% share of the market at Heathrow while Star has 26%. Adding Virgin Atlantic would give Star a respectable 31% while SkyTeam would almost double its market share to 11%. Oneworld, led by trans-Atlantic joint venture partners BA and American, now have a dominating 47% share of the Heathrow market. 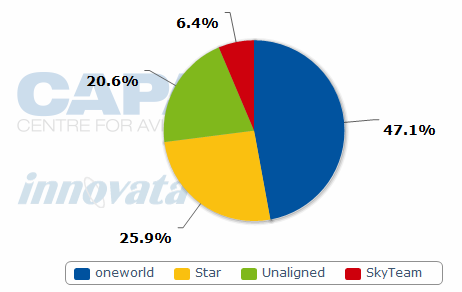 Virgin Atlantic currently has about 90,000 seats per week at Heathrow, giving it a 5% share of the market, according to Innovata. Virgin Atlantic is Heathrow’s second largest carrier, well behind BA and just ahead of Star Alliance member bmi. 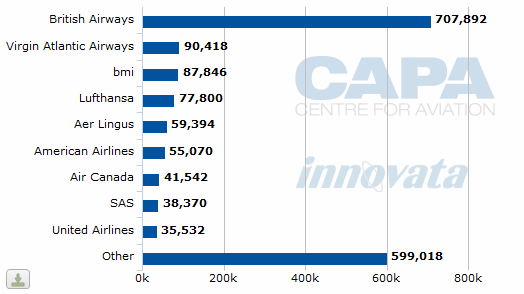 Virgin Atlantic currently serves 18 destinations from its Heathrow hub, including eight in the US. It also has smaller hub at Gatwick, where it focuses on leisure routes with seven destinations in the Caribbean and two in the US.

Virgin Atlantic is currently the seventh largest carrier at Gatwick with about a 3% share of the total market. Gatwick is primarily a non-aligned airport given the high concentration of low-cost carriers. According to Innovata data, oneworld currently has a 16% share of the market at Gatwick while Star only has a 2% share and SkyTeam has less than 1%.

Virgin Atlantic also has much smaller operations at Manchester and Glasgow, where it currently operates three routes and one route, respectively. In total Virgin Atlantic has 32 destinations, including 10 in the US, eight in the Caribbean, six in the Africa and the Middle East, five in Asia-Pacific and three in hits home market of the UK. 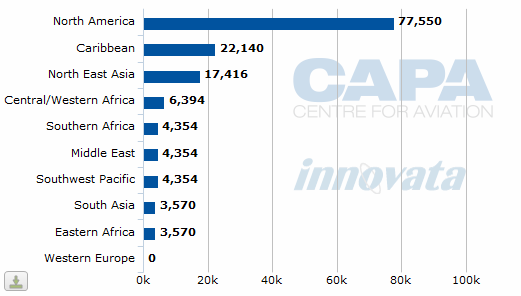 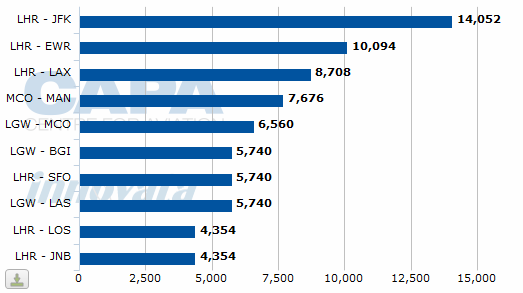 Virgin Atlantic is currently the 10th largest carrier between Western Europe and North America, based on capacity data from Innovata. Of the top 20 carriers in this market (see background information), only four are currently not members of a global alliance – Canada’s Air Transat, Virgin Atlantic, Aer Lingus and Icelandair.

Of the 16 carriers that are alliance members, eight are in Star while only four are in SkyTeam and only four are in oneworld. But SkyTeam has in its camp the largest trans-Atlantic carrier, Delta, while oneworld has the second and fourth largest in BA and American.

VS is a special prize

Virgin is not like other airlines. Firstly, its network is entirely composed of long-haul routes, the shortest being to Dubai, about 5,500km from London. 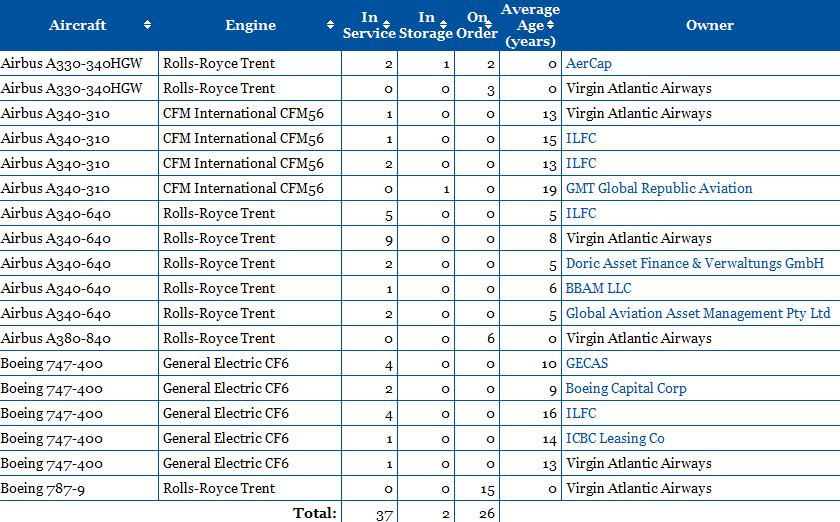 Virgin Atlantic has no domestic or European routes, making it especially interested in feed traffic to grow. It also is already in a loose affiliation with its sister companies, Virgin America and Virgin Australia, which could very likely follow Virgin Atlantic into the same alliance.

If that were to be the case, the addition of numerous routes from Heathrow, coupled with access to Australia, makes the outcome a truly big deal to either Star or SkyTeam.

To the observer, advantage to Star

While the final outcome remains unknown, Virgin’s current operations and aspirations may favour Star. At present, Star member Singapore Airlines, owns 49% of Virgin Atlantic and Star’s Lufthansa, looking to shed its ownership bmi, has been in talks with Virgin, perhaps giving it some influence on the alliance selection process.

But SkyTeam has proven to be a scrappy opponent

However, as witnessed during the attempt by SkyTeam to pry Japan Airlines from its oneworld link, the group is willing to be very aggressive in attracting new members with special appeal. This is definitely true in this case as the addition of Virgin to Star Alliance would result in both of SkyTeam’s competitors having a strong presence at the world’s foremost international airport, further marginalising SkyTeam in this vital market.

If Virgin Atlantic takes over Lufthansa’s stake in bmi and SkyTeam is able to woo the new Virgin Altantic-bmi combination, SkyTeam's market share at Heathrow would increase to 16% while Star’s market share would decrease to 21%. However, Lufthansa is unlikely to let that happen and could require that bmi retain its membership in Star as part of any deal with Virgin Atlantic.

A three in one deal?

The ramifications for Virgin Australia and Virgin America are also profound. In a recent interview with Virgin America’s CEO, David Cush, told CAPA that one of the driving forces behind the airline’s migration to Sabre was to achieve closer IT alignment with Virgin Atlantic. If Virgin Atlantic were allied with a larger group, that association would likely spill over into the operations of the US and Australian affiliates as well. See related story: Virgin America’s David Cush says the airline's unique formula will drive success

The long-awaited inclusion of Virgin Atlantic will certainly reset the competitive relationships not only between the alliances, but will also affect independents like Emirates, which see the alliances, rather than individual airlines, as their prime competition.

Unlike many alliance additions, the final announcement will result in a clear winner and an equally obvious loser. 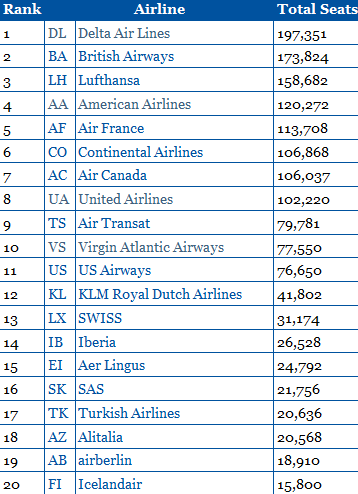