Malaysia has become a challenging market for airlines, set back by intense competition and volatile demand. Six of Malaysia’s seven carriers were unprofitable in 2018 and the seventh, AirAsia, generated its smallest operating profit in four years. An uncertain future for Malaysia Airlines is a destabilising feature

Growth is likely to remain in the low to middle digits in 2019. Profits continue to be under pressure and overcapacity is once again a concern.

Passenger traffic in Malaysia has increased by more than 50% over the past six years. However, the rate of growth has not been linear. In 2015 the market grew by just 1%, whereas in 2013 growth peaked at 19%.

The growth in 2013 was exceptional because this was a landmark year for the Malaysian market, with Malindo Air launching operations and Malaysia Airlines also pursuing rapid expansion. This resulted in a rare market share loss for AirAsia, which had enjoyed several years of steady market share gains since the LCC started operations at the end of 2001.

In 2018 AirAsia’s market share increased at an even faster rate as passenger traffic at both Malaysia Airlines and Malindo declined, driven primarily by capacity cuts in the domestic market. AirAsia gained 3ppts of market share in 2018, reaching the 50% milestone for the first time.

AirAsia accounts for half of total seat capacity in Malaysia

AirAsia/AirAsia X currently has approximately a 50% share of total capacity in Malaysia including overseas affiliates (based on OAG data for the week commencing 25-Mar-2019). However, its actual market share is slightly higher because AirAsia/AirAsia X’s average load factor is higher than Malindo's and that of the Malaysia Airlines Group.

In the domestic market, AirAsia currently has a 60% share of seat capacity compared to 29% for Malaysia Airlines Group (including Firefly and MASwings) and 11% for Malindo.

As CAPA has previously highlighted, AirAsia has gained significant domestic market share over the past two years as it resumed domestic expansion, whereas Malaysia Airlines and Malindo have cut capacity. (Firefly and MASwings, which mainly operate in the domestic market, also been shrinking over the past three years.)

Two years ago, in Mar-2017, AirAsia had only 46% share of domestic capacity. Its share had increased to 54% in Mar-2018 and over the past year has increased by another 6ppts.

AirAsia has also been gaining international market share, but the gains have not been nearly as steep.

Malaysia Airlines accounts for an 18% share, followed by Malindo with an 8% share (or 9% for the overall Lion Group). The remaining 29% of international seat capacity is generated by other foreign airlines (excluding AirAsia affiliates and Lion).

Malaysia annual passenger traffic (in millions) by airline: 2012 to 2018

Notes: Foreign airline figures are estimated for all years by subtracting the figures of the six Malaysian carriers from the market total; these figures in some of the prior years are slightly inflated due to limited traffic carried by other Malaysian carriers that are no longer operating.
Malaysia total calculated by combining figures for Malaysia Airports Berhad and Senai Airport, the only airport in Malaysia outside the Malaysia Airports portfolio.
AirAsia X and Malindo figures exclude their fifth freedom traffic.
Malindo figure for 2018 is estimated.
AirAsia and AirAsia X numbers exclude passengers carried to/from Malaysia by its overseas affiliates.
Malindo began operations in 2013.
Source: CAPA - Centre for Aviation.

Malaysian carriers have benefitted from inbound growth as well as growth in sixth freedom traffic. The outbound market has been relatively soft over the past year.

Total visitor numbers to Malaysia were flat in 2018 and have declined slightly since 2014. But when Singapore, the largest source market which mainly consists of visitors entering via land crossings, is excluded, visitor numbers have increased significantly.

Visitor numbers to Malaysia excluding Singapore were up 13% in 2018, to 15.2 million. China was the main driver as Chinese/Hong Kong visitor numbers surged by 29%, to 2.9 million.

Source: CAPA - Centre for Aviation and Malaysia Ministry of Tourism.

AirAsia, AirAsia X, Malaysia Airlines and Malindo have all pursued rapid expansion in China over the past few years. Chinese airlines have also added capacity to Malaysia, making it an extremely competitive market such that some routes have experienced capacity increases outstripping the increase in demand.

Competition in all the major markets is fierce 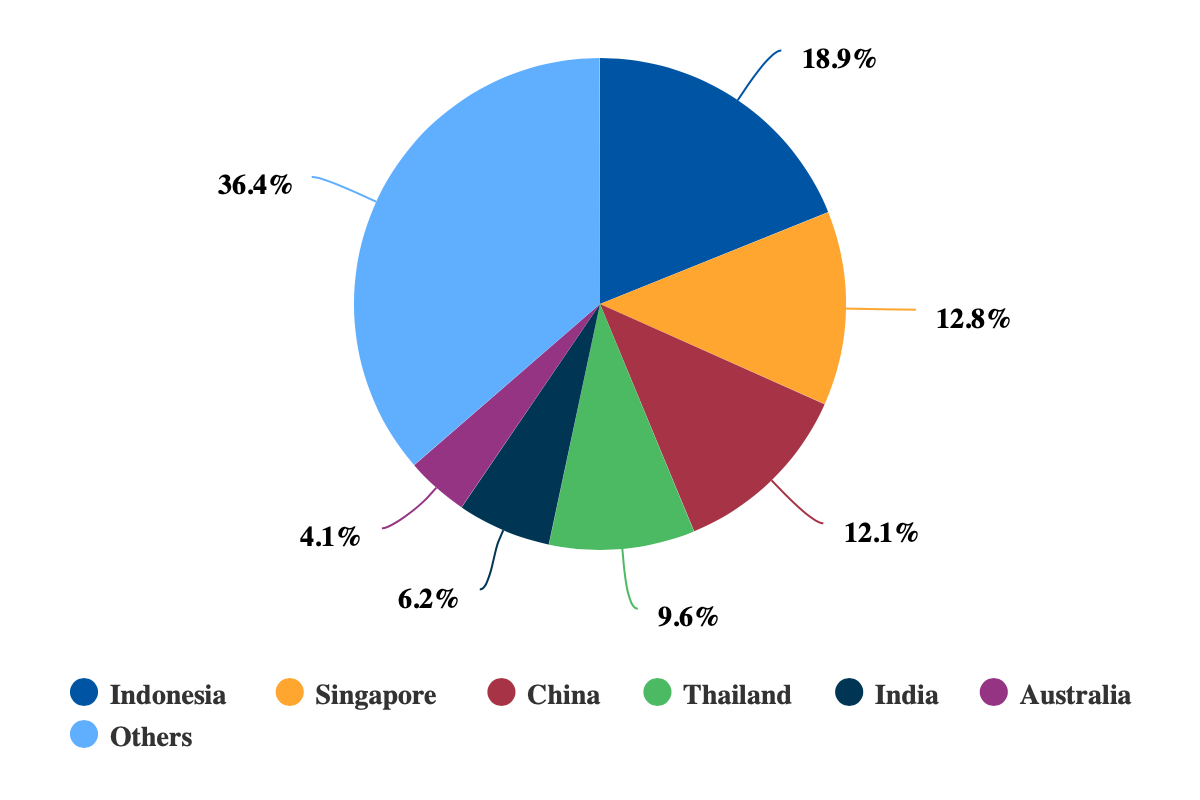 Low fares are the norm, a result of the intense competition and the fact that most of the passengers are price sensitive leisure travellers. Yields have been on the decline in recent years – and slipped further in 2018 – impacting profitability as fuel costs increased.

Most of Malaysia’s carriers struggle to achieve profitability

Of the six Malaysia-based airlines, only one was profitable in 2018: Malaysia AirAsia, which reported a 54% drop in pretax profit.

The outlook for 2019 is again relatively gloomy. Malindo is resuming expansion, which could impact AirAsia and Malaysia Airlines as yields on some routes are again pressured.

Malaysia AirAsia X is expected to maintain a similar rate of expansion as in 2018, when its seat capacity increased by 7%. While it does not have any deliveries this year, the long haul LCC is aiming to increase utilisation rates; capacity for 2019 is also increasing due to aircraft added in late 2018.

Malaysia Airlines' capacity is expected to be relatively flat. However the flag carrier continues to price aggressively and could become even more aggressive as it reassesses its commercial and overall strategy.

The uncertainty surrounding the future of Malaysia Airlines is not healthy.

Shutting it down is not likely a feasible option politically, although the Malaysian market does not necessarily need three airline groups. It is also hard to imagine a sale (of a significant stake or the entire airline group), given the current state of the Malaysia Airlines Group and the overall Malaysian market. Another phase of restructuring (which ideally would go deeper without any interference) is the most likely scenario. Given the recent revolving door of CEOs delegated to restructure the airline, this would be little more than kicking the can down the road, often the default political option in these circumstances.

Given the unlikelihood of consolidation, competing in the Malaysian aviation market is not about to get any easier. Competition between the three players is fierce, and there is also intensifying competition regionally – for local, and particularly sixth freedom traffic – as Kuala Lumpur is a major hub airport.

Malaysia Airlines operates 23% of the seats at KLIA, so its winding down or withdrawal would cause a jolt to the airport, as well as the market - but one which AirAsia and Malindo would undoubtedly quickly exploit.

Controlling over half the market and benefitting from its very low cost structure, AirAsia is clearly in a position of strength. Malindo and Malaysia Airlines will continue trying to carve out sustainable niches, but profitability is likely to remain elusive.