It took low-cost long-haul carrier AirAsia X four years to secure the right to serve Sydney, and the carrier is now putting the matter behind it following its confirmation it will serve the Australian city from Kuala Lumpur with a daily service from 01-Apr-2012, with the likelihood of a double daily to follow. Another Australian city will later be added, to reach its goal of serving five Australian cities by the end of 2013. Also on the carrier's expansion list is increased services to its existing Asian destinations, many of which are not served daily.

While the Sydney route progressed in likelihood following restrictions being lifted in Jun-2011, the route became a certainty after start-up competitor Scoot said it would make Sydney its first destination from the middle of this year. The possibility of Malaysia letting a competitor based in Singapore, its fierce rival, serve Sydney before a Malaysian low-cost carrier was simply unacceptable.

''When it came to Sydney, the thing that made a bigger difference was Scoot's announcement,” AirAsia X CEO Azran Osman-Rani said in Sydney of his rival's intention to launch services with a daily Singapore-Sydney service. With the AirAsia X announcement, AirAsia X will beat Singapore Airlines’ Scoot subsidiary in becoming the first Asian LCC to operate to/from Sydney. AirAsia X has commenced ticket sales while Scoot has not - and has yet to name the exact date services will commence. Mr Osman-Rani made clear that Scoot's Sydney announcement, six weeks prior, put pressure on Malaysian regulators to approve the launch.

Since its inception, AirAsia X has battled the Malaysian Government to secure route authorities. The Government was acting to protect MAS. Even though AirAsia X was low cost and MAS full service, MAS dropped its prices whenever AirAsia X entered one of its markets. The Government blocked AirAsia X access to cities including Sydney as well as Beijing and Shanghai, forcing AirAsia X to use the alternative respective airports of Tianjin and Hangzhou. Contention over Sydney became so strong that in Sep-2010 AirAsia X made the bold move of placing a "Liberate Sydney. End the monopoly" decal on an aircraft.

Significant progress was made in Jun-2011 when the Malaysian Government confirmed it would lift restrictions on AirAsia X, which it flagged the previous year as part of its programme to grow the country's economy. "Previously there was something about you've got to fly three new routes before you are allowed to fly one parallel route with Malaysia Airlines," Mr Osman-Rani explained at the time. With the Government's Jun-2011 decision, AirAsia X received approval to serve Beijing, Jeddah,Istanbul, Osaka and Shanghai. "The one exception we did not get was Sydney," Mr Osman-Rani said, explaining the Malaysian Government had not rejected the Australian city, but rather said "not just yet".

Also helping AirAsia X and its campaign to secure rights for Sydney was the Malaysia Airlines (MAS)-AirAsia equity swap, forged in Aug-2011 and expected to be extended to AirAsia X, a separate entity operating on a separate Air Operator's Certificate (AOC) from short-haul carrier AirAsia. The equity swap has already led to route rationalisation – although not explicitly stated – with AirAsia X last week announcing it would withdraw in coming months its London and Paris routes, as well as Mumbai and New Delhi. With AirAsia and MAS now cooperating there is no longer a need for the Malaysian Government to block AirAsia X in favour of the national carrier.

Sydney fourth destination for AirAsia X, with a fifth on the way

Sydney, described by the carrier as a “high demand” destination, will be AirAsia X’s fourth Australian port after the Gold Coast, Melbourne and Perth, and the fifth Australian destination for the AirAsia Group (Indonesia AirAsia also operates to Darwin). A fifth destination for AirAsia X (sixth for the group) is likely in the next year, with Mr Osman-Rani stating the carrier’s previous goals to serve five Australia destinations within five years – by 2013 – remains a reality. AirAsia X also serves Christchurch in New Zealand. 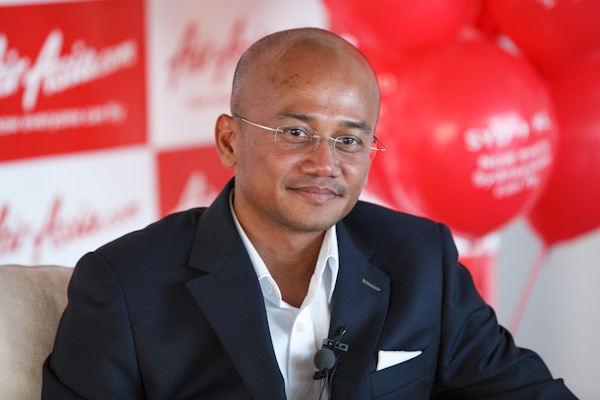 Mr Osman-Rani said AirAsia X in the short term will focus on the considerable “opportunities at our doorstep” and improving frequency and destinations in existing and strong Asia Pacific markets. The carrier will now “pick and choose” its markets from these key countries in the ASEAN/Northeast Asia market as its builds frequency and economies of scale in these high-potential markets.

Most of AirAsia X's Asian destinations are not served daily. All of these could be targets for additional frequencies. Mr Osman-Rani has remarked he would like to increase services on Tokyo Haneda but faces slot limitations.

This expansion will be supported by additional A330s. The carrier, which operates a fleet of 11 aircraft, has no plans to cancel its 30 aircraft on order, comprised of 20 A330s and 10 A350s, but will withdraw its two A340s, deployed on the now-cancelled European operations, from service, aside from possible charters. The carrier stated it would make a decision on the deployment and future of its 10 A350s on order, the first of which is scheduled for delivery in 2017, in due course, but Mr Osman-Rani noted that these could possibly be deployed on existing routes such as Kuala Lumpur-Sydney.

At present, Malaysia Airlines is the sole carrier on the sector, according to Innovata data, after Jetstar withdrew from the route in 2009. Malaysia Airlines operates twice daily on the sector, with departure times of 09:00 and 22:40 from Kuala Lumpur. The morning service from KL is operated with 247-seat Boeing 777-200/200ERs (35 business and 282 economy) while the afternoon service is operated with 359-seat 747-400s (12 first, 41 business and 306 economy) for a combined weekly capacity deployment of 29.6 million ASKs. In the other direction, from Sydney to KL, services are operated at 15:40 and 21:55.

In comparison, AirAsia X’s Sydney-Kuala Lumpur route will be operated with A330-300 aircraft with a configuration of 12 premium and 365 economy seats. The service has a departure time of 23:45 from Kuala Lumpur, arriving in Sydney at 09:45, with a 10:55 departure time from Sydney to arrive at Kuala Lumpur at 17:25. The service will support the addition of up to 55,00 additional visitors p/a from Malaysia.

Destination NSW CEO Sandra Chipchase noted that Destination NSW in conjunction with Sydney Airport, Tourism Australia and AirAsia X would be investing in a two-year marketing and promotion plan for the new service. This follows a similar arrangement between Scoot and Destination NSW, which is a new project modelled after rival Melbourne Tullamarine Airport's successful approach of public-private partnerships to woo airlines. Under the Melbourne partnership, the airport works with tourism and government bodies to package deals for airlines to serve Melbourne, which has resulted in Melbourne Airport achieving a faster growth rate than Sydney. Sydney is now looking to regain its footing. 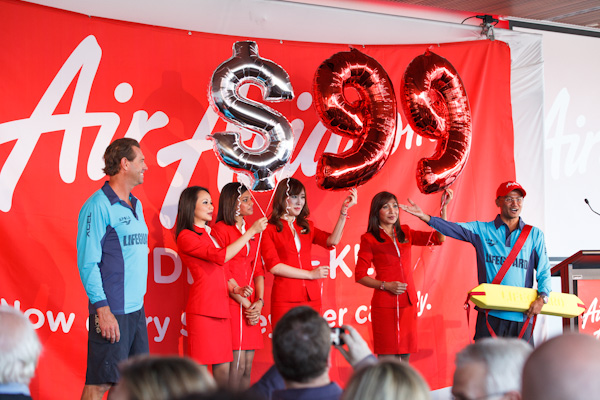 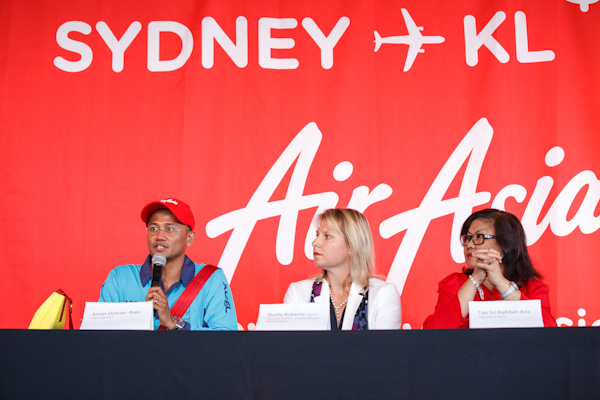 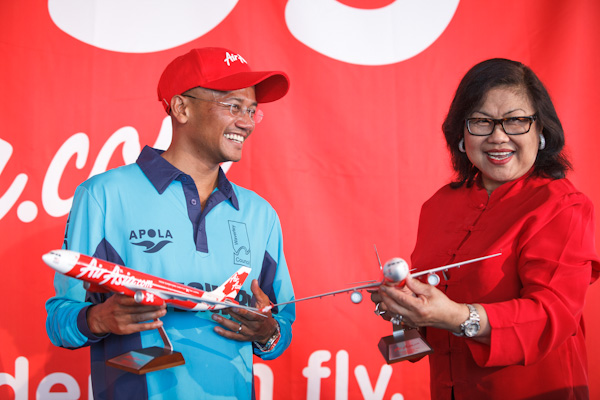