Munich Airport continued its impressive gains throughout the first half of 2011 by notching up a six month passenger traffic record. It comes at the same time as the government’s tourist tax has begun to drive German passengers in the north and west of the country over the border into the Netherlands to avoid it.

The figure is a six-monthly record for the airport, which reported strong growth in traffic to/from the so-called BRIC countries (Brazil, Russia, India and China) as well as South Africa, with average growth in volumes to these countries of 26%. Munich Airport also cited the growth of Qatar Airways as a key factor in the upward traffic trend, with flights from Munich to Doha increasing from seven to 11 weekly services.

CEO Dr Michael Kerkloh pointed to the strong growth as evidence of the need to press ahead with the development of the airport, in particular the addition of a third runway and approval for the creation of a new satellite for Terminal 2, designed to handle an extra 11 million passengers per year and scheduled for completion in 2015. Munich Airport expects to handle 37 million passengers in 2011; a 6.6% increase from 2010’s 34.7 million. (The third runway was authorised by the Upper Bavaria government, for limited use only (0600-2200) at the end of Jul-2011).

That level of growth has been fairly constant at Munich for several years and is what has set it aside from most other European airports of similar size and status. It is also symptomatic of the growing tendency in Germany towards the use of regionally located airports rather than (though not at the expense of) the primary airport, Frankfurt International. Apart from Munich, Dusseldorf has also been growing strongly, as has the Berlin airports system, where the remaining two will be replaced by one – BBI – in 2012. Lufthansa has been the main benefactor in all cases. Now Air France has caught on to the logic of using relatively unconstrained airports with its recently announced regional policy.

Interestingly, although Frankfurt Airport lies roughly in the centre of the country and is the main hub, while Munich is to the south and close to Austria, the proportion of domestic traffic at Munich is considerably higher – 26% vs. 11.6%, though this may be partly explained by the predominance of the high speed ICE trains operating between cities in the central manufacturing and financial belt and the key northern and southern ones, which provide tough competition for domestic air travel. 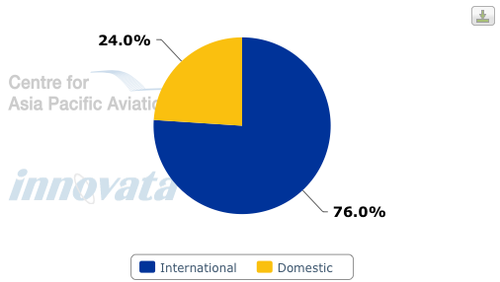 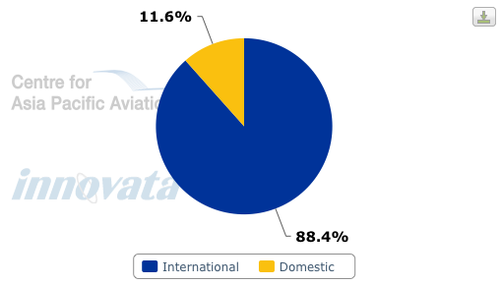 There are other similarities between the two airports, if not equalities. Lufthansa predominates at both though more so at Frankfurt, where the number of weekly seats it offers exceeds its nearest rival by a factor of 16.7x. At Munich the ratio is 6.25x. Air Berlin has fairly extensive operations at Munich with over 100,000 seats available each week, but not so much at Frankfurt (33,000).

As for international capacity by region, western Europe easily leads the field at both Munich and Frankfurt but in second and third places there is a reversal between the two. Munich almost has as many seats on offer to Eastern Europe as does Frankfurt but the latter easily exceeds Munich in seat capacity to and from North America, where finance and commerce traffic will clearly be higher to and from Frankfurt. Munich, meanwhile has been establishing itself as gateway to and from east and central Europe at the expense of smaller airports like Vienna and Prague. 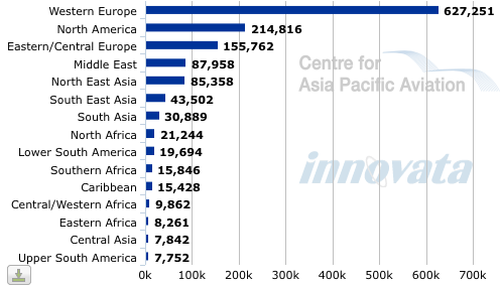 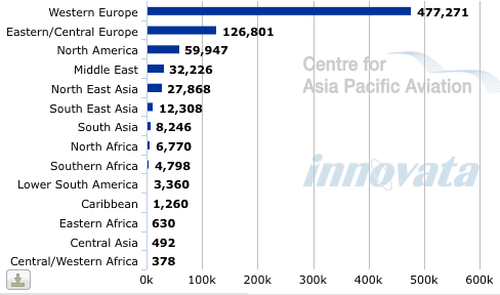 Frankfurt has more full service carrier seats available as a percentage of the whole (95.2%), while LCCs and regional carriers account for only 4.8% jointly (Frankfurt Hahn being the chief LCC airport, and mainly hosting Ryanair). 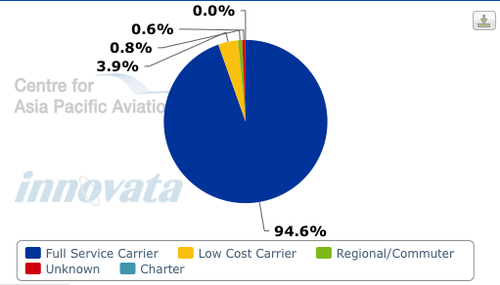 The position at Munich is of greater involvement by LCCs (15.2%), this despite the fact there is an equivalent to Hahn in the form of Memmingem/Munich West airport, which has not yet had the same impact. 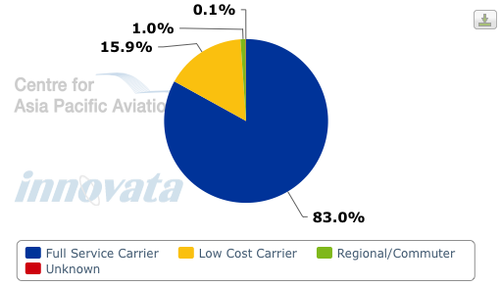 The final statistic here from CAPA Profiles is perhaps the most telling. In both cases the Star Alliance – led by Lufthansa - has a capacity share in the region of 75%, with oneworld and SkyTeam down in single figures. There are few airports anywhere that would eschew the presence of the world’s largest alliance, effectively a global airline, to that degree. The two airports are like a double act for Lufthansa and its acolytes. 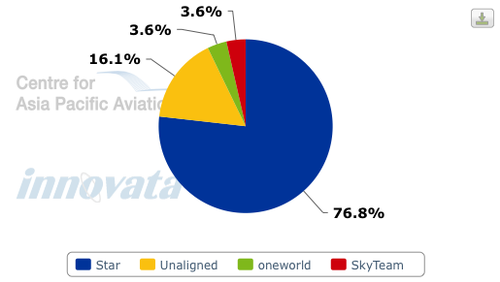 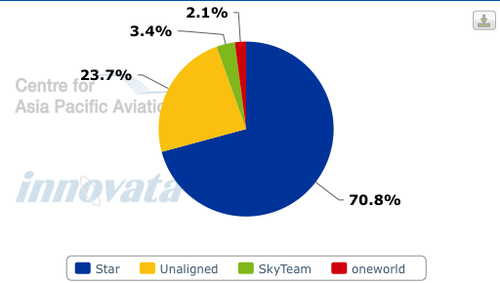 The traffic figures mentioned thus far in this article perhaps came a little unexpectedly after a hiatus during 2009 when, at the tail end of the recession in Germany (which was not as long or severe as in most other countries and which is now over), passenger traffic and cargo volume actually fell along with revenues. Those days are long gone.

While things are now going swimmingly for Munich Airport the same cannot be said for some of the other German airports where there is cross-border competition from airports where the German tourist tax does not apply. Two nearby countries – the Netherlands and Belgium – have scrapped their airport taxes.

Indeed, ADV, Germany’s airports association, points out that German travellers are crossing into neighbouring countries to depart for holidays rather than fly from German ports in a bid to avoid the government’s tourist tax. The tax has had the greatest impact on airports that have a high proportion of low-cost airlines and domestic services. Maastricht – a Dutch airport not far from the German border that shares its airport with the German town of Aachen and is only some 80 km from Dusseldorf – increased passenger numbers by 72% in 1HY2011. Eindhoven, also approximately 80 km from Dusseldorf, increased passenger numbers by 30%.

This development mirrors others, in countries such as the UK where airports in Northern Ireland – notably Belfast International – are losing traffic to airports in the Republic of Ireland in the south where passenger tax rates are only EUR3 and are scheduled to be abolished altogether if the two main airlines can convince the government they will increase routes and capacity accordingly.