The airport operator representing Germany’s capital city, Berlin, released its financial report for 2010. Berlin is served by Tegel and Schoenefeld airports and the new Berlin Brandenberg International (BBI) airport, based around Schoenefeld, is scheduled to open in Jun-2012. Once intended as a private airport initiative it now seems that the operator, representing both local and national government interests, has been able to complete its "internal funding" of the BBI project.

Berliner Flughäfen (Berlin Airports) is the airport operator responsible for the management and development of the Berlin Airport system. Owned jointly by the states of Berlin (37%), Brandenburg (37%) and the federal government (26 %), Berlin Airports manages operations at Berlin Tegel, Berlin Tempelhof (now closed), and Berlin Schoenefeld airports and the construction of the new Berlin-Brandenburg International Airport, which will in 2012 replace the former three-airport system which has served Berlin since before reunification in 1991. Operational trials at the new airport will commence in Nov-2011.

Berlin Airports reported a greater than doubling in revenue from EUR243.9 million to EUR506.4 million in 2010, which it attributes to the sale of the underground railway lines on behalf of train operator Deutsche Bahn and without which revenue increased to EUR259 million, with organic growth at 6.2%.

At just 21.5% the EBITDA margin is one of the lowest recorded in the Airport Investor Monthly EBITDA tables.

In measures other than "financial" however, Berlin Airports can claim to have had a successful year. It was a record year in terms of the number of passengers carried, over 22 million (+6.4% compared with a German average of around 5% and the eighth consecutive year the broader market was outperformed) at Schoenefeld and Tegel. In the fairly recent past the operator was criticised for the comparative paucity of services at what is the capital city of the world’s fourth largest economy.

Location of airports in Berlin 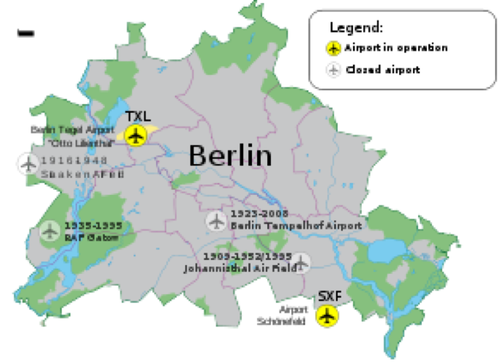 That was particularly true of trans-Atlantic services though the void has been filled by Continental and Delta at Tegel Airport and there are now 12 long haul routes. Over the past 10 years, passenger figures for Berlin have actually doubled.

The growth in passenger numbers also enabled Berlin Airports to fulfill its role as a tourism booster for the region in 2010. Approximately two-thirds of international visitors to Berlin arrive by air.

Traffic to stabilise as German aviation taxes kick in

Traffic development is expected to stabilise in 2011, remaining at a high of 22 million passengers. Berlin Airports fears that the impact of the air transport tax, which came into effect in Jan-2011, will dampen further growth. Ryanair set the ball rolling at the end of last year by cancelling domestic German routes. Traffic was up by 11.1% and 17% respectively in Jan and Feb-2011 at Tegel and up by 7.5% but down by 1.4% in the same respective periods for Schoenefeld.

The financial performance means Berlin Airports has been able to secure internal funding for BBI. With EBITDA at EUR90 million as it was originally estimated to be, rather than the actual EUR109 million, the operator had already generated EUR420 million of the EUR440 million of internal funding for BBI, aiming to generate the remaining EUR20 million in 2011. In fact, according to the published figures, that is no longer necessary. In addition, with an increase in turnover in 2010 to around an estimated EUR250 million (+3%), Berlin Airports was able to set another new record in the history of the company. In fact that record is now even higher (EUR259 million).

BBI, which will replace Tegel and Schoenefeld airports, is now set to open in Jun-2012. Originally planned as a private sector initiative, Brandenburg State officials were the first to adopt the position that the airport could be constructed and developed without private sector involvement at all. It was possibly the first concrete example, in a Europe that had been overtaken by an airport privatisation frenzy (BAA, AdR, Copenhagen, Vienna and Zurich airports for example) that airport privatisation could be a messy process, fraught with unforeseen legal and political difficulties and that municipal owners, especially when under intense lobbying pressure, can – and do – revise their strategic thinking when things do not go according to plan.

There were further twists and turns but the upshot was that the project did proceed as a public sector project, and under exactly the same ownership rules as before, one that seems to be the norm for Germany in all the occasions (i.e. most of them) where the private sector has not yet bought in, and with operational responsibility attributed to wholly owned subsidiaries.

To be Germany’s second largest airport

BBI will become Germany’s second largest airport, after Frankfurt. Berlin Airports has stated it does not plan to “steal” any transfer services from Frankfurt, instead expecting to serve new routes. As Lufthansa as put considerable effort into expanding its (southern German) Munich hub because of claimed capacity problems at Frankfurt it will be interesting to see if it opts for a ‘northern’ hub as well in time.

The objective is to place BBI in the top ten of European airports. Currently the Berlin airports collectively sit just inside the top fifteen.

In 2010, work also began on building an Airport City. In a new service complex in front of the terminal, seven buildings will be built on an area spanning 16 hectares in time for the opening of BBI: four multi-storey car parks, a car hire centre, a 4-star Steigenberger hotel and an office and service complex. Most of the investment has been secured.

Data on Tegel and Schoenefeld airports from CAPA profiles 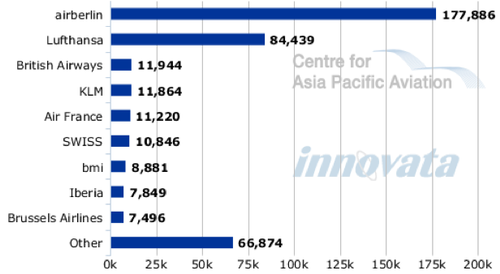 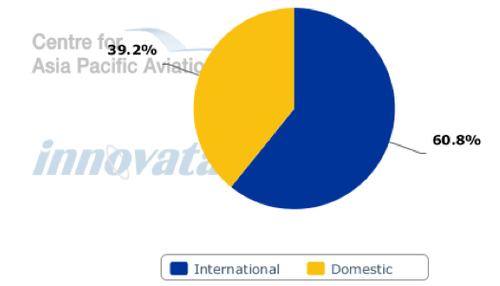 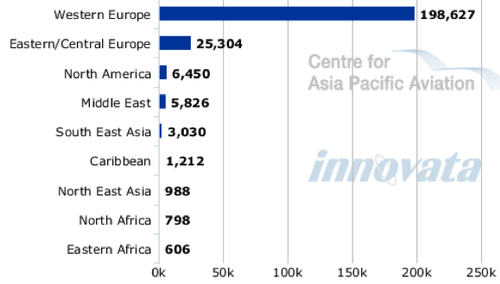 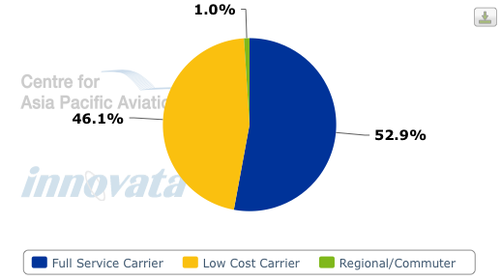 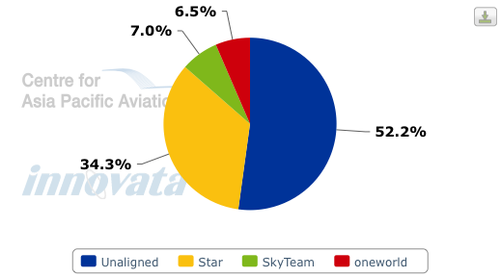 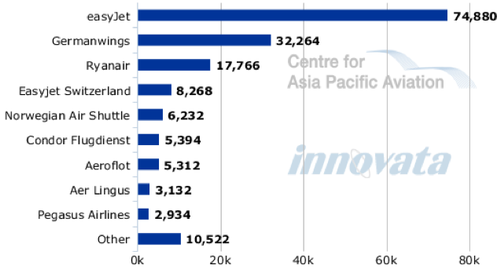 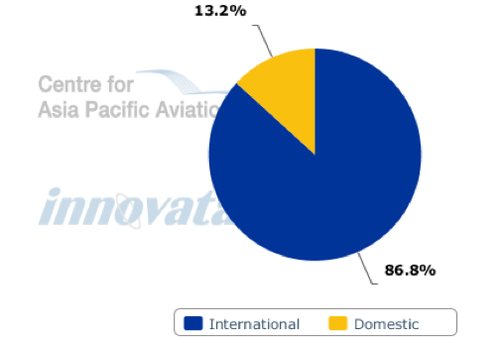 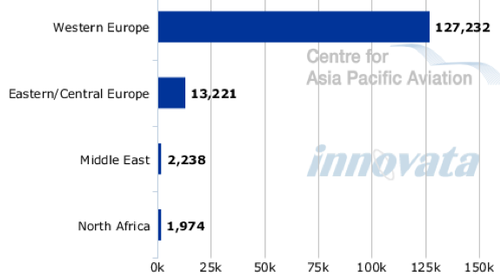 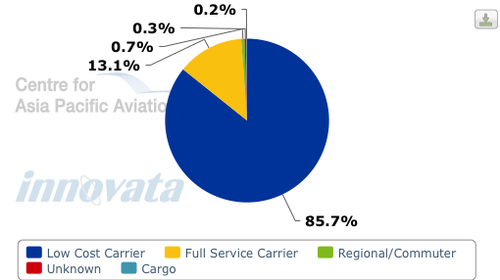 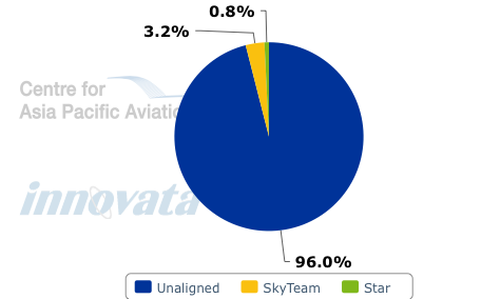 A number of interesting facts arise from these charts.

There is little in the way of dedicated cargo service or passenger charters and the two airports seem to complement each other in the efficient, managed way that is expected of the Germans.

What chance for rival airports?

The question is: how well will they come together, and can rival airports in the neighbourhood which seek to prosper from any rise in tariffs at BBI actually do so? There are rumours that some LCCs are not happy about BBI’s charges. Those airports comprise traditional ones such as Dresden and Leipzig Halle, and newer ones such as Magdeburg Cochstedt, Neuhardenberg and Braunschweig.

For further information on these airports refer to Airport Investor Monthly #76, Feb-2011.