AirAsia has reported increases in operating profits for its three main short-haul subsidiaries in Malaysia, Thailand and Indonesia. But the Malaysian and Thai carriers saw yields decline while Indonesia AirAsia saw its operating margin drop.

The group continues to find the going tough in the Philippines, where its affiliate incurred another large loss in 2Q2013, and sister long-haul carrier AirAsia X was also in the red. Following the setback in Japan, where AirAsia has dissolved its affiliate, and with the challenges confronting the group in India, where it plans to launch its newest affiliate in 4Q2013, the group needs the older carriers in its portfolio to perform well.

But while AirAsia, AirAsia X, Indonesia AirAsia and Thai AirAsia continue to outperform most of its rivals, competition is intensifying across all of its markets. Malindo has launched in Malaysia, Indonesia AirAsia is battling three other LCCs and Thailand could see two new low-cost competitors emerge in 2014.

This first part of a two-part series of reports looks at AirAsia’s position in the Malaysian market. The second part will look at its other home markets.

AirAsia’s original operation in Malaysia continues to be one of the world’s most profitable carriers on a margin basis. But after years of only having to compete against a weak flag carrier, which partly explain AirAsia’s consistently high operating profit margin of 20% and above, the local Malaysian market has seen a major shift in recent months.

Lion Air Group subsidiary Malindo Air launched services at the end of Mar-2013 while Malaysia Airlines (MAS) has also pursued aggressive expansion in 2013 after completing a restructuring in 2012. So far there is no material impact on the profitability of AirAsia (Malaysia) and the group strongly believes Malindo’s entry will have more of an effect on MAS, which remains relatively weak financially and has a two-class full-service product that is more similar to the offering of Malindo.

AirAsia’s Malaysian short-haul operation, however, saw an alarming drop in average fares of 10% to MYR 177 (USD54). Unit passenger revenues also decreased by 8% while revenue per ASK were down 6% to MYR15.75 cents (USD4.77 cents). 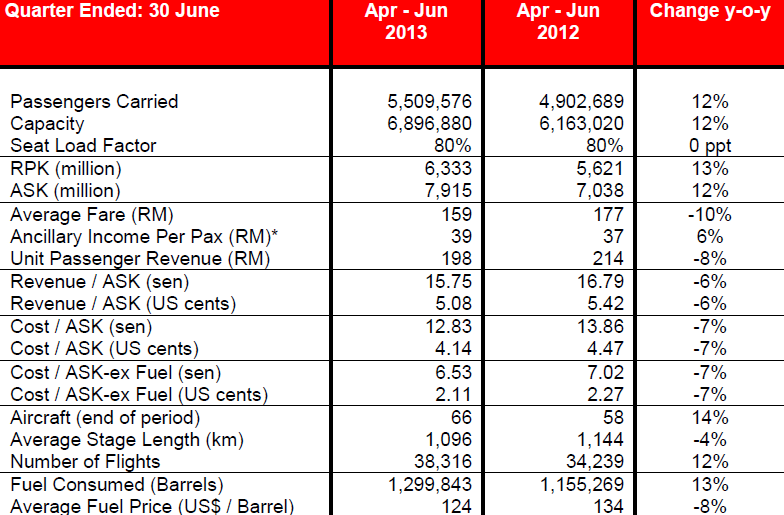 The carrier’s 20% operating margin once again leads all publicly-listed LCCs and full-service carriers in Southeast Asia. Its biggest competitor in Malaysia, MAS, had an operating profit margin of less than 1% in 2Q2013 is as the flag carrier eked out an operating profit of MYR8 (USD2 million) on revenues of MYR3.594 billion (USD1.089 billion).

This still represents a major improvement for MAS, which reported an operating loss of MYR102 million (USD31 million) in 2Q2012, when it was still in restructuring mode. 2Q2013 marked only the third time in the last 10 quarters that MAS has been on the black on an operating basis. 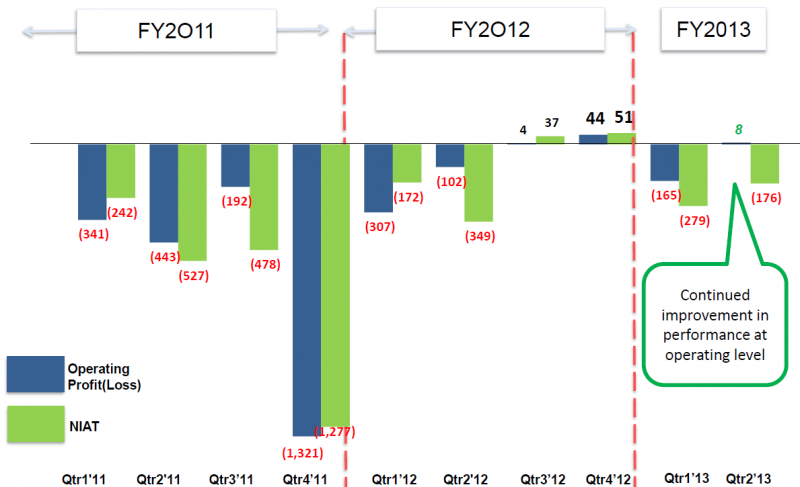 MAS passenger revenues were up year-over-year by 12% on a 29% increase in RPKs, mirroring the trend at AirAsia, which saw revenues at its short-haul Malaysian carrier increase by only 5% despite a 13% increase in RPKs. This resulted in lower yields at both carriers, driven partially by Malindo’s entry but also increasing competition between the two as MAS has again started to pursue expansion following the conclusion of a restructuring phase.

The international push by MAS has likely impacted AirAsia and its long-haul sister carrier AirAsia X as the capacity increases have come primarily within the Asia-Pacific region, where the two AirAsia carriers operate. In the Malaysia-Southeast Asia market, MAS has increased capacity by 18% year-on-year to about 286,000 one-way seats, according to CAPA and Innovata data. This includes domestic Malaysia, where MAS has recorded a 17% increase in capacity, and international flights within ASEAN.

AirAsia has increased capacity in the Malaysia-Southeast Asia market over the last year at a slower 11% rate to about 414,000 weekly one-way seats, including a 14% domestic increase. The fact that MAS is pursuing faster growth than AirAsia in the short-haul market is a surprising trend; virtually all the growth within Southeast Asia in recent years has been at the budget end of the market. 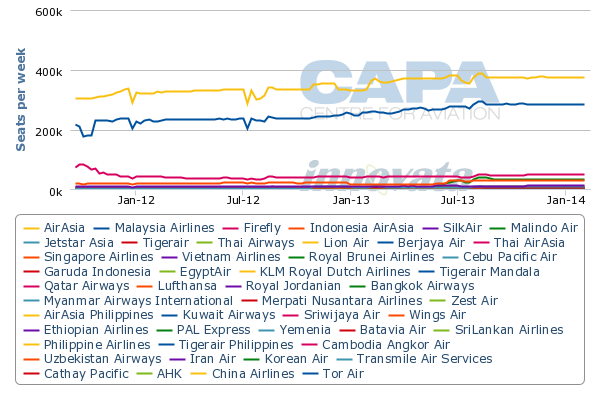 In the Malaysia-North Asia market, MAS has increased capacity 17% year-over-year to about 29,000 weekly one-way seats. AirAsia and AirAsia X combined have increased capacity by a faster 30% rate in this case to about 52,000 weekly one-way seats but the MAS increase is significant for a full-service carrier. AirAsia X does not operate any routes within Southeast Asia but to North Asia it operates routes of over four hours while AirAsia focuses on routes of four hours and less. 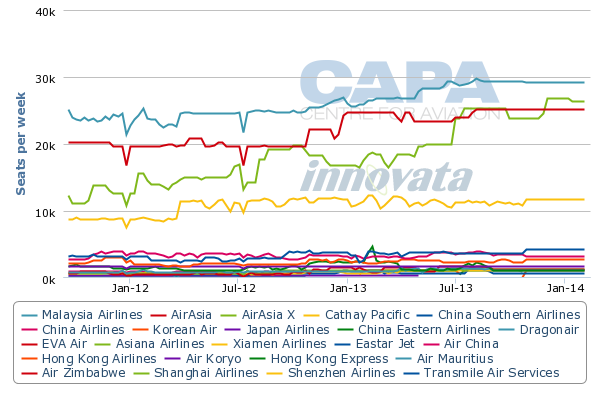 AirAsia X reported an encouraging increase in average fares of 2.5% to MYR508.84 (USD154.19) and a 9.9% increase in revenues per ASK to MRY11.60 cents (USD3.52 cents). This seems to indicate the carrier has not been significantly impacted by promotional activity at MAS.

AirAsia X will not be impacted as it does not serve any of the new Malindo routes (although it did previously serve three of them – Dhaka, Delhi and Mumbai). AirAsia X is allocating nearly all of its additional capacity in 2H2013 to Australia, a market that MAS has not been expanding in and a market that is unlikely to see Malindo service in the near to medium-term.

MAS also remains a relatively weak carrier despite its recent restructuring, while AirAsia is one of the strongest airlines in Asia from a financial perspective and has one of the world’s lowest cost structures. AirAsia’s Malaysian subsidiary was able to reduce its unit costs by a further 7% in 2Q2013 compared to 2Q2012 levels. While average fares in the Malaysian market may continue to drop AirAsia has the ability to try to offset that with ancillary gains as it did in 2Q2013, when it reported a 6% increase in ancillaries per passenger to MYR39 million (USD12 million).

Malindo does not push ancillaries as it offers a bundled product which includes bags, drinks, meals and in-flight entertainment in both the economy and business cabins.

Its hybrid model puts it in closer competition against MAS, which offers a similar product with the added benefit of frequent flier miles, oneworld alliance affiliation and a higher baggage allowance.

As part of its new business plan, MAS had been aiming to boost yields through yield revenue management improvements and an increased focus on the premium of the market – reinforced by fleet renewal including the delivery of A380s as its new flagship and by its ascension into oneworld. But MAS instead has gone back to its old ways of trying to fill up additional seats and boost load factors through heavily discounted fares while maintaining a high level of service.

Intensifying competition and changing market conditions dictated the adjustment at MAS, particularly after the carrier committed to adding a significant amount of capacity, which more than offset capacity cuts that were implemented in early 2012. But the carrier could struggle to meet its goal of completing a turnaround and returning to profitability in 2014 if the current yield environment does not improve.

AirAsia has the cost structure and the profit levels to better withstand any prolonged environment of weak yields. The Malaysian carrier may see profits slip slightly in the short to medium term but it will almost certainly continue to outperform its peers and have one of the region’s highest profit margins.

The result is the total Malaysian LCC/hybrid carrier fleet will expand by 25 aircraft or 34% in 2013 from 73 at the beginning of the year to 98 at the end of the year. This represents the fastest LCC fleet growth in any Southeast Asian market. MAS also has been adding aircraft, used for a mix of fleet renewal and expansion. The group ended 1H2013 with 146 aircraft, compared to 138 aircraft at the end of 1H2012, and plans to take delivery of 11 aircraft in 2H2013, including two A330-300s, six 737-800s and three ATR 72s.

2014 will see more rapid fleet growth in Malaysia including another 10 aircraft at Malindo. While domestic capacity growth is expected to normalise, the international market will again likely see high double digit growth, particularly on short and medium haul routes.

Malaysia has a robust economy, providing sufficient demand to allow the additional capacity to be absorbed, aided by potential growth in transit traffic. But inevitably yields will continue to be under pressure and under such an environment AirAsia and MAS could struggle to continue to post improvements in operating profits.

With the arrival of Malindo and a determined expansion push by Malaysia Airlines, the market is undergoing one of the larger jolts of recent years. This would appear to leave the flag carrier most exposed, given its higher cost base. It still has the longer haul markets to itself and membership of oneworld will help leverage this advantage, but whether this will be sufficient to offset what is presenting as a negative yield environment in short and medium haul routes is going to be the big challenge for 2013/14. 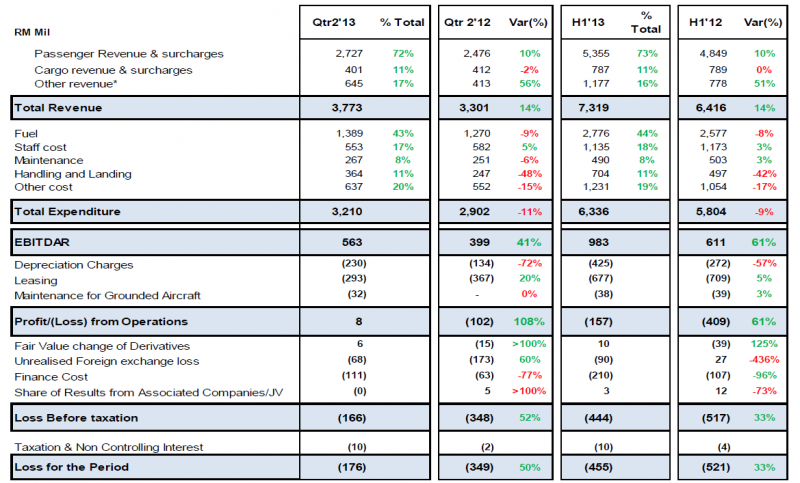 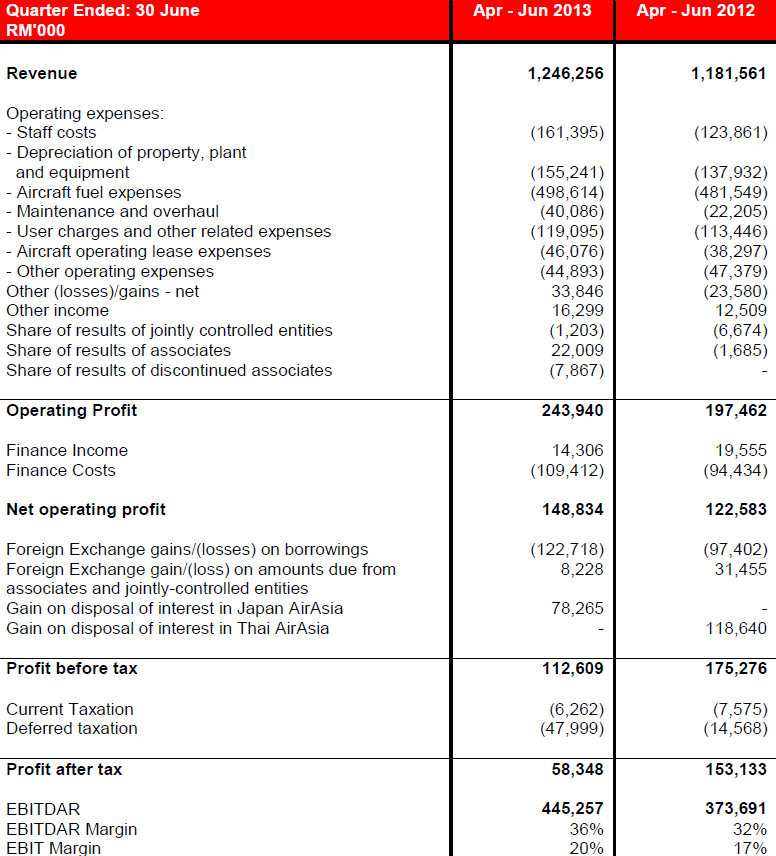 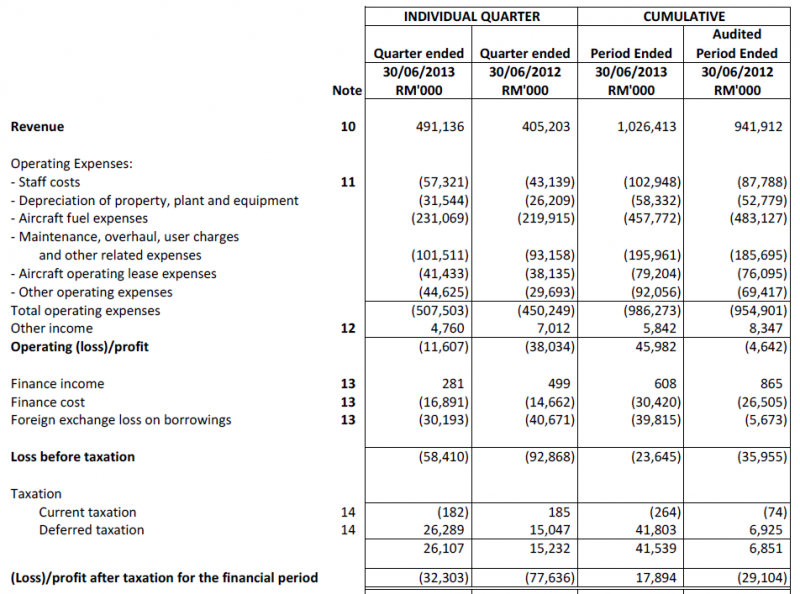