IATA, this week in its June-July Airlines Financial Monitor, raised concerns about the potential for future oil price increases, with carriers, in their second quarter financial reports, echoing the concerns.

IATA added that by late Jul-2010, jet fuel prices sat near the lower end of the USD80-100 range seen since the beginning of this year, although “even at this level, the average price for the year to date is 24% higher than for the full year 2009”. IATA continued: “Mixed economic news in the US and Europe may partly temper upward pressure on oil prices, but growth continues apace in other regions increasing energy demand.” 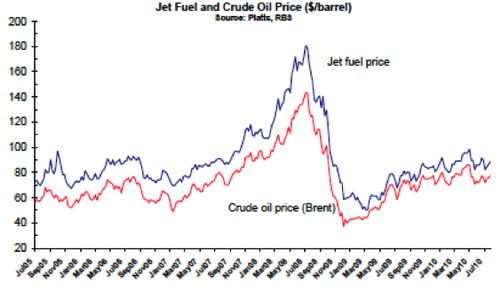 IATA also stated that the balance of respondents to IATA’s July Airline Business Confidence survey indicate that input costs – dominated by fuel – are likely to rise over the year ahead.

On 02-Aug-2010, crude oil for Sep-2010 delivery rose 3% to close at USD81.34/barrel on the New York Mercantile Exchange, reaching a 12-week high. It was also the first time crude futures have settled above USD80 since May-2010, after strong manufacturing-sector data renewed optimism of a global economic recovery. Prices have remained above the USD80 mark for the remainder of the week. 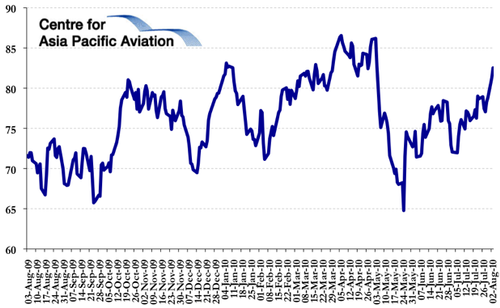 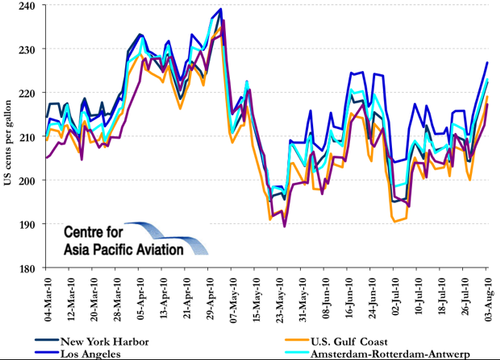 Meanwhile, jet fuel for domestic airlines in India was raised this month, for the ninth increase since Mar-2010, while Japan is reportedly planning to reduce aviation jet fuel taxes.