London City Airport (LCY), on the doorstep of London’s commercial and financial districts and London’s developing EastEnd, reported a broadly level number of passengers in 1Q2011 to 1Q2010. However, the airport remains confident that 2011 will be a positive year and that traffic should surpass last year’s 2.8 million passengers.

This confidence is based on the addition of new services and the recent confirmation by the High Court to uphold the planning approval granted by the London Borough of Newham in Jul-2009 to increase the annual number of flight movements at London City Airport to 120,000, representing a near-doubling of capacity.

The airport’s Sales Director, Bernard Lavelle, told CAPA, “Current government policy has meant no third runway at Heathrow and no second runway at Stansted or Gatwick. So for airlines seeking to develop their London position as the world economy starts to pick up, LCY represents the only real option for development”.

That statement ignores the claims of London Luton (Abertis), Southend (Stobart Airports), which has just been expanded, and Manston (Infratil Europe) airports, the latter two of which also lie to the east of the capital, but LCY does distinctly benefit from its more central position now that accessibility has been improved via an extension to the Docklands Light Railway in 2005. And, of course, LCY’s 1199 m runway, already extended once, is limited as to what aircraft it can accept, though it has been certified for numerous jet types including members the EMB170/190 and the Airbus A318.

London’s urban development is focused eastwards and within 15-20 minutes of London City are a number of new high profile investments. These include the creation of Stratford City, the largest retail-led project ever in the UK and one of the most important new business districts in Southeast UK since Canary Wharf, as well the UK Government’s push to develop the high-tech industry in the city’s East and hinterland; what is known as the Thames Gateway. The Olympic Park will provide thousands of new homes in the region after next year’s Games while the Olympic area which is also subject to a GBP1 billion offer from the Welcome Trust who, among other things, is looking to develop a new high tech pharmaceutical industry in the area post-Olympics.

Other commercial developments include Siemens’ GBP30 million investment in the Siemens Pavilion creating a new green technology centre which also aims to attract other similar companies to create a R&D cluster and ExCel, which has invested GBP165 million to double its size and has become London’s premier exhibition and conference centre. London sustainable industries park is a GBP60 million investment to create and produce sustainable technology and energy generation. Meanwhile, Canary Wharf (10 minutes from LCY) is still only about 60% full and continues to add to its land assets for future development.

According to Mr Lavelle, “central to all of this development is good transport links and LCY is playing a huge part in this. To top all of this off, we host the Olympics next year and we are 15 minutes from the Olympic village.”

Near term growth should also be aided by SkyWork Airlines’ expansion at LCY, including a new daily (except Saturday) service to Bern from 27-Mar-2011. Frequency will double to 12 per week from 05-Sep-2011. Blue Islands Airline added twice daily service to Jersey on 18-Apr-2011 with ATR 42-500 equipment, re-establishing air links with Jersey. CityJet launched services to Toulon (twice weekly) and Avignon (weekly), as well as Brive and Pau (three times weekly) in early Apr-2011, having added Florence (6 weekly) and Deauville (4 weekly) to the LCY network in Jan-2011. Services from Deauville and Brive started in summer 2010 and have been reinstated for summer 2011.

The downside in recent years has been the loss of some key domestic air services as they failed to compete with Britain’s much improved domestic rail services. VLM, now part of Air France-KLM, operated up to nine services daily between LCY and Manchester, and up to five to and from Liverpool. The services were targeted deliberately at business travellers on account of the airport’s location but rail services that depart every twenty minutes proved to be too much of a challenge. In time all the air services were withdrawn and the aircraft deployed elsewhere. However, longer domestic services have flourished with the capacity on LCY-Edinburgh now at an all time high. 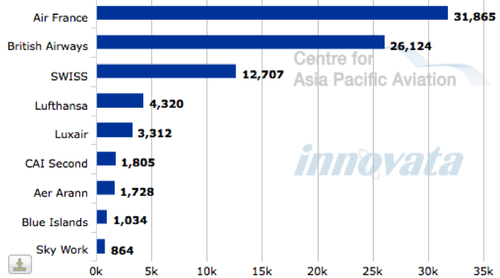 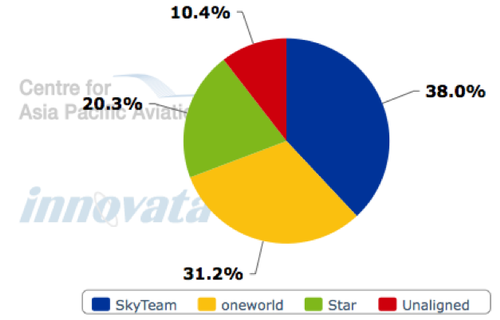 Despite the loss of the VLM services LCY has the biggest proportion of domestic seats to total seats of the London-area airports (15.3%), compared to Southend (0% - ie all international), Heathrow (6.6%), Stansted (8.1%), Gatwick (9.3%) and Luton (10.6%), according to Innovata. However, that is as much to do with the lack of appetite amongst UK airlines for expensive and capacity constrained runways at Heathrow and Gatwick as it is with the onset of an appetite for LCY. 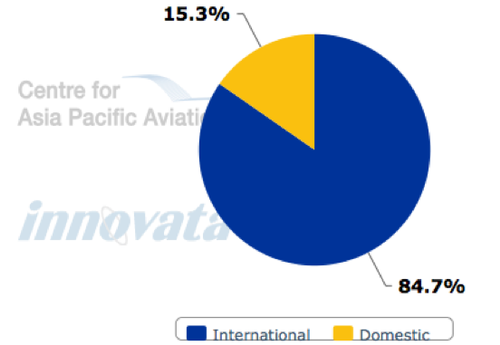 LCY claims to be taking market share away from other LCC-focused London-area airports. Mr Lavelle said, “We have seen an increase in summer-only services for premium leisure passengers who no longer wish to use LCCs and prefer the simplicity of both LCY and the pricing model of traditional carriers.”

One market where LCY has proved to be surprisingly popular is the long haul transatlantic one since BA commenced its LCY – New York JFK route in Sep-2009. The carrier employs two A318s on double-daily operations in the ‘Elite’ (corporate jet) configuration with 32 seats. A re-fuelling stop is made on the westbound journey, at Shannon. Because of the timing of the launch – right in the middle of the economic downturn – and because BA admitted that 30% of its business cabin travellers were related directly to the City of London financial institutions, the service was not expected to be successful, but load factors have been sufficient to prompt BA to consider introducing more transatlantic routes from LCY in this format, and possibly an eastbound route.

LCY is currently owned 75% by Global Investment Partners (GIP) and 25% by Highstar Capital, having previously been under the ownership of the construction company Mowlem (which envisage and built it) and the Irish entrepreneur Dermot Desmond. During 2010 rumours grew that LCY might be sold to help finance GIP’s major investment at Gatwick Airport where GBP1 billion of investment is planned for though there is no indication as yet of that happening and four additional investment sources (pension funds and sovereign wealth funds) have been attracted to Gatwick.

Although LCY continues, like many of the other London area airports, to operate within a constrained environment, the hard fought for increase in the annual number of flight movements at London City Airport to 120,000, coming just a year before the Olympics, seems set to be the catalyst for future growth.

The potential fly in the ointment is London Mayor Johnson’s insistence on building a major hub airport in the Thames Estuary further to the east. But despite the fact that the rationale for such a venture has been worked on and improved by the Mayor’s team history implies that it will never see the light of day.