Auckland and ACSA earnings: investment pays in one case, causes a headache for airlines in the other

New Zealand’s Auckland International Airport Ltd (AIAL), and Airports Company South Africa (ACSA), have released their financial reports for the period 12 months to 30-Jun-2011 and 12 months to end 31-Mar-2011, respectively. AIAL is starting to reap the rewards of its investments in New Zealand’s Queenstown Airport and the two North Queensland airports in Australia, but may face some unexpected competition in its own backyard. ACSA’s report demonstrates it did not receive the benefits that might have been anticipated from last year’s World Cup competition, now raising its charges to airlines as a means of paying for the infrastructure that helped host the event.

The very detailed report covers an interesting period in AIAL’s recent history, during which it invested (24.55% equity) in the two North Queensland (Australia) airports of Cairns and Mackay (Jan-2010), and six months later, in Jul-2010, taking an initial 24.99% in Queenstown Airport on New Zealand’s South Island. In what was regarded by some as a "secret sale", this airport functions as the gateway to the country’s globally recognised ‘extreme sports’ region.

The Queenstown investment has hardly gone smoothly. AIAL had the option to increase its stake to 35% by 30-Jun-2011 but that option was cancelled after it became embroiled in a legal dispute involving Air New Zealand, the Queenstown Community Strategic Assets Group (QCSAG) and Queenstown Lakes District Council (QLDC). The former two strove to overturn AIAL’s initial 24.99% shareholding in Queenstown Airport, announced in Jul-2010, but have since stood back as AIAL agreed to keep its investment at the initial level though they continue to press for an official enquiry into the sale.

It is clear why AIAL wanted to secure both deals. In the period reported all three of the invested airports increased passenger throughput by a far greater amount than Auckland Airport itself, albeit from a much smaller base as they also did with revenues and EBITDA (AIAL uses an almost unique EBITDAFI calculation - Earnings before interest, taxation, depreciation, fair value adjustments and investments in associates).

The EBITDAFI margin for the North Queensland and Queenstown airports respectively was 79% and 63%; the former amount well in keeping with the margin achieved by AIAL overall of 76.1% (currently the third highest known by CAPA for a major airport operator).

At Auckland itself, AIAL attributes a terminal upgrade, better than expected retail results (+16%) and car park revenue prompted by a new online booking channel (+7.7%) for a 15.1% rise in adjusted net profit. The overall net profit compared favourably with last year’s due to non-cash fair value changes to the company’s property assets.

A pleasing aspect of the result was the overall increase in passenger numbers, despite disruptions that included both of the Christchurch earthquakes, the Chilean ash cloud and the Japanese tsunami, all of which had a significant impact on tourism.

Dramatic shifts in the global architecture of trade

Operating costs increased by 14.6% to NZD99.49 million (USD82.62 million), largely flowing from higher promotional costs related to the successful launch of several new services including those of China Airlines, China Southern Airlines and Jetstar to Singapore. AIAL’s CEO, Simon Moutter, believes that passenger numbers continue to reflect dramatic shifts in the global architecture of trade and economic relationships with Asia and in particular China now driving much of the growth in global travel demand, adding that other powerhouse economies such as India and Brazil are making their presence increasingly felt internationally. The company handles nearly three-quarters of the country's international arrivals and departures and is looking to “tap into” the changing world tourism sector.

AIAL expects the 2012 year result to reflect growth in passenger numbers and retail sales and "to be in the NZD130 millions" (region) (USD107.8 million). Nevertheless, even while anticipating further growth this year, it notes “with particular caution”, any potential long-term implications from the existing volatility in global financial markets.

The company stated last year it would defer building a second runway in Auckland for some years, because it expected to be able to cope with passenger number growth by changing its aircraft handling methods.

AIAL has for several years sought to deny the New Zealand investment fund Infratil the possibility of converting a military base at Whenuapai near Auckland into a commercial airport. Now it appears it might have some competition from Hamilton Airport (“The Gateway to the Central North Island”), some 130km (80 miles) to the south, which is very determined to extend its own main runway. The airport’s CEO, Chris Doak, recently said that its approved runway extension to 3,000 miles (from 2,195 miles) is part of long-term plans for Hamilton to become a low-cost secondary gateway to the country, by which he is presumably referring not only to local carriers but also the existing or proposed AirAsia X, Jetstar and Singapore Airlines’ long-haul LCC, provisionally known as ‘Scoot’.

Mr Doak said, “There are clear parallels to the secondary airport models developed in other parts of the world including (Australia’s) Gold Coast, Avalon (near Melbourne), and London Stansted Airport in the UK. We believe Hamilton will be able to offer an airport that is very attractive to many international carriers in the future with an extended runway.”

ACSA has also released its annual financial report, this time for the period ending 31-Mar-2011.

Non-aero revenue increases only half those of aero

The period reported incorporates the time frame of the FIFA Soccer World Cup Finals in South Africa (Jun/Jul-2010). As such, the results are skewed by the influx of up to one million people for the tournament. Revenue was up by 32% and within that, aeronautical revenues grew by 42.8%. Note that non-aeronautical revenues, including retail, grew by almost half that amount, suggesting there is still fine tuning to be done by ACSA to this aspect of its operations. Departing passengers and aircraft movements were surprisingly small under the circumstances; perhaps indicative of the travel ‘hole’ that often precedes and succeeds these events and which was also evident at Beijing at the time of the 2008 Olympic Games.

The bottom line – net loss and negative EBITDA – were influenced by the preparations ACSA was forced to make for the event, not least of which were the infrastructural improvements at the key gateway airports. One of those, King Shaka Airport at Durban, was a green field project.

But other operating expenses also rose dramatically during the year, notably security (+15%), information systems (+57%), repairs and maintenance (+30%), electricity and water (+62.5%) and managerial and technical fees (+42%).

However, it is the ramifications of the infrastructural preparations that are now becoming clear. A total of ZAR5 billion (USD690 million) was spent on infrastructural improvements to the two main gateway airports (Johannesburg/Cape Town) and selectively on others, while approximately ZAR7 billion was spent on the King Shaka Airport, a replacement for the old Durban Airport, now de-commissioned and standing idle. Some analysts remain unconvinced about the necessity of the new airport and suggest a thorough refurbishment of the old, downtown airport would have been more appropriate. Durban finds it notably more difficult to attract international services, and especially those by foreign carriers, as do Cape Town and Johannesburg. King Shaka Airport is yet to make any real mark on international air travel and over 96% of its current capacity is domestic, with a handful of Middle East and Africa flights.

In the immediate aftermath of the competition, ACSA shocked airlines when it announced unilaterally and without consultation that, partly as a result of its huge expenditure on infrastructure in advance of the World Cup it threatened to hike charges by 241%, enraging airlines and politicians alike in the process, and prompting the CEO to call for a review of regulation of infrastructure development.

The reaction was almost entirely negative, from IATA down to the local media, and embracing on the way the airline Comair, a British Airways franchisee also operating the leading LCC, kulula.com, which threatened to acquire the old Durban airport and operate it in direct competition as a low cost airport with the King Shaka Airport. ACSA could not permit this and since appears to have struck a deal with another state transport agency, Transnet, to turn the old Durban airport over to the storage of shipping containers.

Subsequently, and surely as a result of the pressure it has come under, ACSA moderated its position a little on the proposed increases.

The new schedule was as follows:

The Airlines Association of Southern Africa (AASA) recently reiterated the increase will have an impact on airline profits as cumulative fees and charges are set to increase by almost 70%.

An AASA spokesman, Chris Zweigenthal, said: “Our greatest concern is the ultimate impact on the local travelling public. Prevailing competitive pressure, against a backdrop of an already weak state of the industry, makes it highly unlikely that airlines will be able to continue absorbing the costs from their already small margins. They will have to recover the costs from passengers by increasing airfares for both domestic and international customers.”

It is for these reasons that other organisations, such as Comair at Durban, continue to see an opportunity to attack ACSA, which is considered to have a weak underbelly where charges are concerned. Apart from its interest in the old Durban airport, Comair chose in Aug-2011 to commit to international services from the privately-owned Lanseria Airport to the north of Johannesburg (Maputo, Mozambique and Gaborone, Botswana).

Comair will thus become the operator of the first aircraft in British Airways’ livery to use Lanseria Airport, joining the LCCs kulula.com and Mango (an SAA subsidiary), which are already established there with domestic services. Another LCC, 1Time, is scheduled to commence services as well, in 4Q2011.

Could the Comair management now turn its attention away from Durban to Lanseria Airport, which has been ‘for sale’ (if not openly) for the last two years? In the meantime, South Africa’s Transport Minister S’bu Ndebele has vowed to “sort out” the old Durban Airport, stating that work on the proposed ZAR100 billion (USD13.4 billion) “super port” at the airport’s site is “taking too long”. Negotiations between ACSA and Transnet have been ongoing to construct and improve the port facilities at the decommissioned airport so it could handle six million containers per year. The airport currently handles two million containers per year. Negotiations were supposed to have been agreed on in May-2011.

Another potential bidder for Lanseria is Turkey’s TAV Airports, which revealed that it is talking to various authorities in Africa, including South Africa, Ghana and Tanzania.

Meanwhile, there are problems on the ground as well. South Africa’s Gautrain rail service has risen in cost by ZAR2 billion (USD300 million) in less than two months, and is still months away from completion. From 02-Aug-2011, the line from Rosebank Station to Pretoria and OR Tambo International Airport has been open; however, the final leg of the project – a rail link from Rosebank to Johannesburg’s Central Business District – is not expected to open for several months due to water seepage problems. Guatrain’s total cost is ZAR30 billion, which is made up of ZAR26 billion for construction and commissioning, and another ZAR4 billion for the land, bidding and support costs. 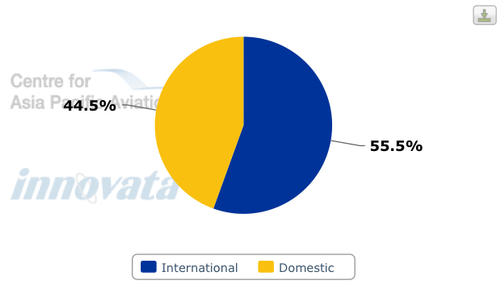 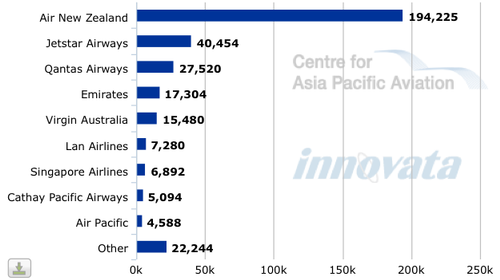 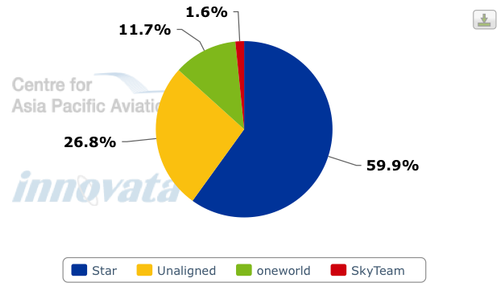 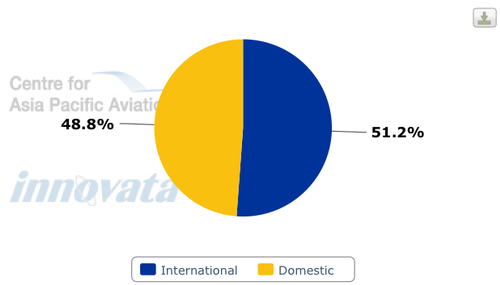 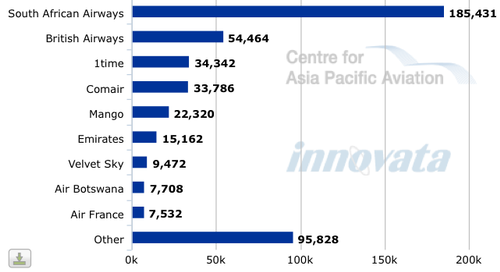 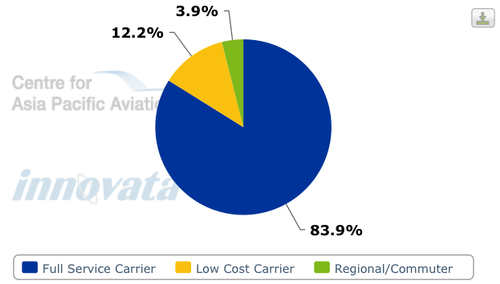 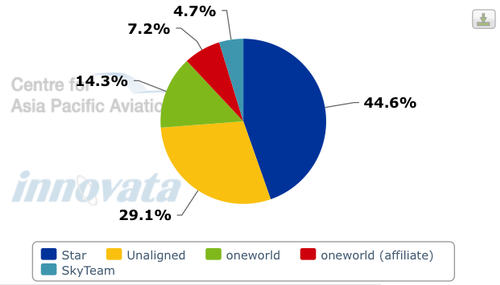