Located in the North Atlantic Sea, the Republic of Iceland's aviation market, like its volcanic geography, is constantly evolving. An increasing number of LCCs are attempting to enter the market. Iceland’s visibility increased significantly in the past few of years - for the wrong reasons - as the volcanic eruptions of the unpronounceable Eyjafjallajökull volcano caused mass-disruption for the European air transportation industry and as the national economy faced meltdown during the global financial crisis.

Aviation in Iceland is in the headlines again. From Jun-2012, a new LCC WOW Air is launching operations from Reykjavik Keflavik International Airport, the country’s main international gateway and home for national carrier Icelandair and Iceland Express, currently the sole LCC in the Icelandic market. WOW Air plans to operate two 158-seat A320 equipment leased from Avion Express, a Lithuanian cargo and charter carrier.

Iceland’s national carrier, Icelandair, has been the key player in Iceland’s aviation industry since being founded in 1937. The airline is part of the Icelandair Group which operates Icelandair, Air Iceland, and Bluebird Cargo. Icelandair only operates international services with Air Iceland operating domestic services.

The airline’s strategy is based upon using Iceland’s geographical location to position the airline as a transatlantic link between Europe and North America. The airline operates 19 aircraft, all of which are narrowbody B757-200 and -300 aircraft.

Icelandair is not aligned to any of the three main global airline alliances, but it has codeshare agreements with Alaska Airlines, Finnair and SAS. Copenhagen, London and New York are the airline’s key destinations.. 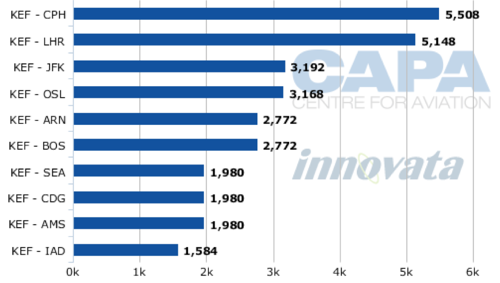 Icelandair has released its 3Q2011 financial results which provided an interesting insight into the performance of Iceland’s largest carrier. Group CEO Björgólfur Jóhannsson commented there was strong growth in the third quarter with capacity in the airline’s “international route network increas[ing] by 20% and the number of passengers by 17% over the same period”. Icelandair is planning further expansion with frequencies to increase on selected routes and a new year-round service to Denver, Colorado to be launched.

EBITDA was ISK8.7 billion (USD73.2 million), ISK0.5 billion lower, primarily due to an increase in fuel expenses. As other airlines have reported, fuel expenses in the quarter were 46% higher year-on-year. The airline expects a lower EBITDA in 4Q2011 compared to 4Q2010 due to fuel expenses and fluctuations of the EUR and USD.

Iceland Express is Iceland’s current sole LCC, established in 2002. The majority of the LCC’s flights are operated by FlexFlight, a Danish charter company, using B737-700 equipment.

Iceland Express’ UK services suffered a recent set back with services operated by Astraeus until it was shut down on 21-Nov-2011. Iceland Express now plans to lease two 180-seat A320 aircraft from Czech Airlines subsidiary CSA Holidays to take over the services. These aircraft will operate twice daily return Reykjavik Keflavik-London service. 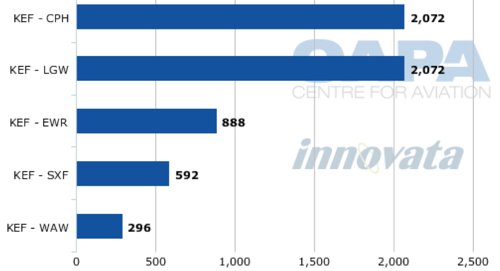 The Icelandic aviation market is dominated by Icelandair, with Iceland Express following behind. 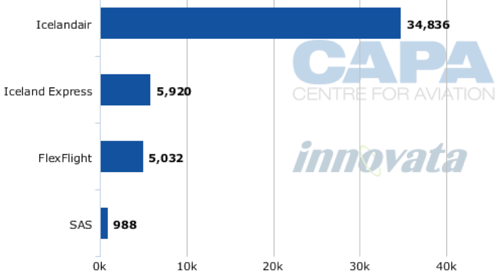 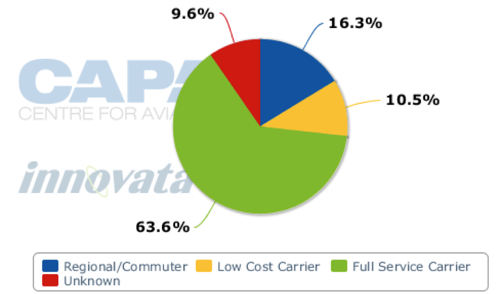 The increasing connectivity at Reykjavik Keflavik International Airport and the likely availability of discount fares by WOW Air, Norwegian and easyJet is expected to result in healthy traffic gains in Iceland in 2012. The rise of LCC capacity to Europe will be watched closely by Icelandair, but its position, galvanised by its extensive North American network, is not under serious threat.