Apart from PPP deals to build and manage terminals, airport privatisation – which must occur by lease in the U.S. – has dwindled there since the conclusion of the San Juan International Airport lease process in 2013.

For that reason, the continuing process to do the same to the St Louis Lambert Airport in Missouri is being watched carefully, both within the U.S. and internationally.

It is a complex procedure, though, which is attracting prospective investors who may be as interested in unused land there as the airport itself, and at the same time creating growing public opposition. While it has often been said that “much rests on this transaction” in the U.S., that is the case here, in the light of the recent re-evaluation of the original Airport Privatisation Pilot Programme, which has been in existence since 1996.

Interest being shown by funds

City officials in St. Louis are moving ahead with the process, which could lead to bids being sought for a long term public-private partnership (P3) lease of the city’s Lambert International Airport. The financial firm advising the city on the process is experiencing strong interest from airport operators, infrastructure investment funds, and pension funds.

The City Budget Director, Paul Payne, said in late Nov-2018 that the city may issue a formal request for qualifications (RFQ) early in 2019. One of the attractions is that the airport owns a lot of excess property with real estate development potential.

Local activists seek a ‘no’ vote

On the other hand, according to reports in local media in late Jan-2019, a group of local activists is hoping to force a public vote on any deal to privatise the airport. By signing the activists’ pledge, elected officials and candidates are vowing that they will vote against any privatisation deal.

There is currently no deal on the table but with a city-hired firm actively seeking one, and demands for a public vote recently coming to nothing, the 'STL Not for Sale' group has decided to increase the pressure.

Two of the three major candidates for the president of the Board of Aldermen have signed the pledge (the incumbent opted not to). So have seven incumbents on the board and several challengers.

STL Not for Sale says the pledge became necessary after an Alderwoman's bill requiring any privatisation vote to go to a public vote was invalidated by a last-minute change of mind by a sitting alderman. STL Not for Sale continues to gather signatures to force a public vote through a petition process and is pushing local politicians to just say no to any deal, even though there's not one being proposed just yet (it’s all reminiscent of the UK’s attempt to leave the EU).

Trade Unions appear to be in favour of a P3 deal.

In May-2017 St Louis submitted a preliminary application requesting the FAA to reserve a slot for the Lambert International Airport in the 1996 Airport Pilot Privatisation Programme, seeking “the potential to improve airport revenue through ‘private partner innovation, diversification and improved use of land assets’”.  It is those land assets that seem to be particularly attractive to potential investors.

Asset recycling is the key

The specific rationale for considering a P3 lease was to unshackle the airport’s asset value in order to invest in other St. Louis infrastructure or 'asset recycling' as it is known; not a new concept where airport privatisation has in the past been considered by U.S. cities, but a worthy one.

The City would retain full ownership of the airport, while daily operations would be turned over to a private sector operator that would lease the facility.

The Department of Transportation has granted preliminary approval. Lambert is the second medium hub airport to join the programme after San Juan, Puerto Rico. It would become the first mainland USA airport to be privatised other than Stewart International in New York State, which was privatised by lease to a foreign company in 1999 but reverted to municipal lease ownership in 2007. It is certainly the first large one.

There was immediate public concern, arising initially out of a lack of public understanding of what privatisation means and entails.

After a lengthy period (to Jan-2018) the city selected advisors for the privatisation procedure, to evaluate proposals. But then the city’s Board of Aldermen called on the Board of Estimate and Apportionment to reject the airport selection committee's recommendation of advisors (Grow Missouri Inc, McKenna & Associates and Moelis & Co), citing "potential conflicts of interest" and "inherent flaws in the process". The Board of Alderman requested that a new selection committee be convened and that a new RFP be issued.

The reasons for this request essentially concerned the fact that the advisory team would only be paid if it recommended a privatisation outcome.

Eventually, in Jun-2018, the consultants were approved, the City changing its tune slightly to insist that the purpose of exploring the opportunity for a third party to manage and operate the airport was "to determine if airline and other related services can be improved for our residents, businesses and visitors, and how the City can make the airport a stronger asset to improve our economic development future".

The City also confirmed it was not selling the airport in connection with the process (which it could not do anyway – again, this seems to be a case of public misconception).

In addition, any final agreement with a private operator to manage and operate the airport would require approval from the Board of Estimate and Apportionment, the Board of Aldermen, the FAA and a majority of the airlines that operate at the airport.

The ‘Double Super Majority’ requirement by which 65% of all the airlines serving the airport must approve airport lease deal terms, and also airlines representing at least 65% of the annual landed weight at the airport, was retained in the FAA Reauthorisation Bill in Nov-2018. In other words, a majority of airlines could still approve a lease but it might be blocked by the largest of them in terms of movements.

In that respect, it is useful to consider the position at Lambert. 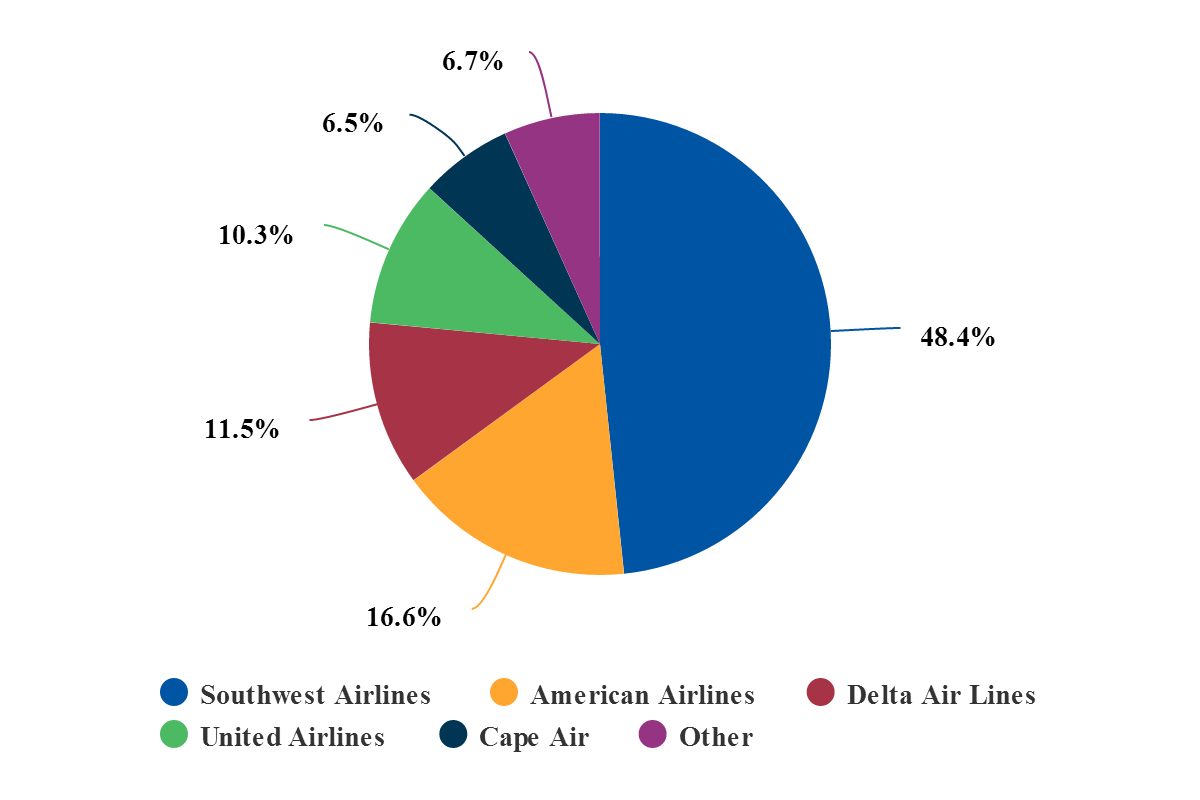 In Aug-2018 an airport advisory group met for the first time, tasked with developing the process by which the city government will seek and review bids from private investors for the lease of the airport.

Legal and financial advisors outlined an 18-month timeline for the process. The Working Group consists of seven members, from the city government and the airport commission. At the same time, a survey was initiated to gauge public opinion on the proposal, surveying 20,000 residents.

Should the privatisation go through, it would be the largest one to date, with 75% more passengers than at San Juan. 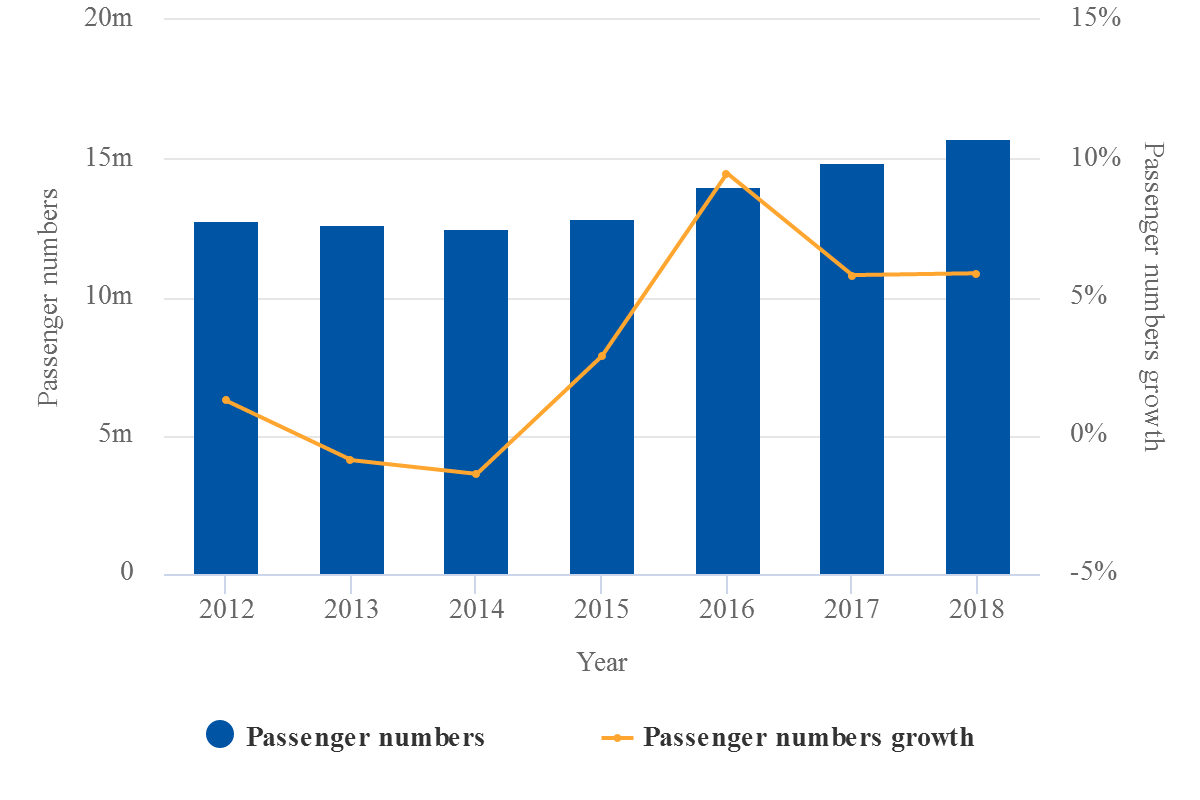 It could have a catalytic effect on other cities with unmet infrastructure needs and a large airport asset from which they receive no direct financial benefits.

For further information on the expansion of the Airport Privatisation Programme, see"