Singapore Airlines has released its most upbeat assessment of market conditions since late 2007, declaring the business outlook for the Group in 2010 is “encouraging”. But SIA was quick to acknowledge, “uncertainties linger over the global economy”. SIA’s rising confidence stems from passenger load factors in Jan-2010 and forward bookings that suggest the signs recovery witnessed in the third quarter are, "likely to continue in the final quarter of the current financial year”.

Interestingly, SIA’s yields are some 25% higher than during the SARS episode in the June quarter in 2003, but the reduction from peak to trough was about three times as severe during the global financial crisis than SARS. 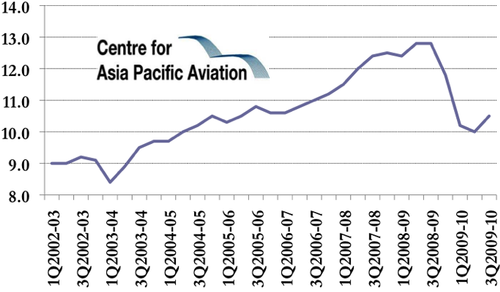 SIA has now endured four consecutive quarters of yield reductions, with very deep falls in the last three quarters. It could be some time before yields recover to pre-crisis levels. 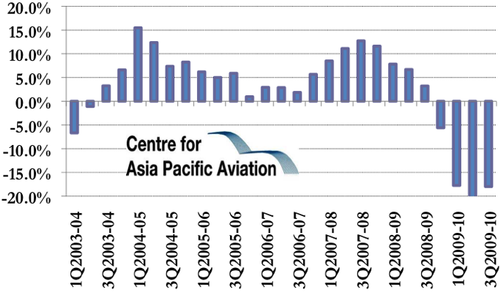 SIA was less sanguine about cargo, noting that although air cargo yields have shown similar improvement recently, “it is more tentative because of the excess of freighter capacity and the unidirectional nature of cargo flows”. 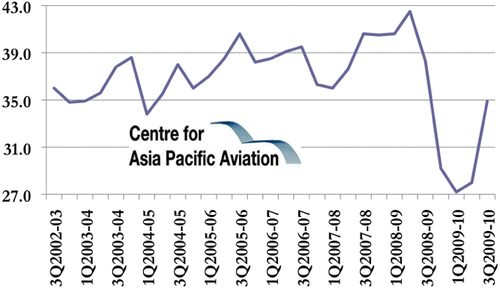 SIA has suffered five consecutive quarters of cargo yield reductions – and nine reductions in the past 13 quarters, which demonstrates the volatilty (and fragility) of the global air freight segment. 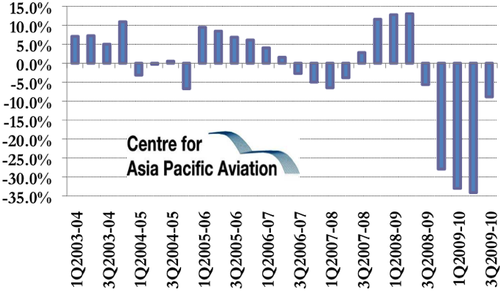 The SIA Group returned to profitability in the third quarter of the financial year with a net profit of SGD404 million – an impressive swing from losses of SGD307 million in the first quarter and SGD159 million in the second quarter (ended 30-Sep-2009).

Group revenue rose 10.9% to SGD3,418 million, while Group expenditure fell 5.2%. There is still much work to be done to restore SIA’s historic margins, especially if yields struggle in coming quarters. 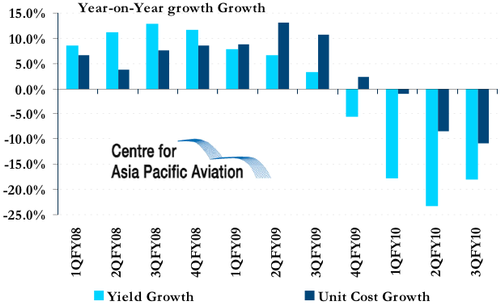 The increase in jet fuel price led to a SGD34 million rise in fuel cost before hedging. However, hedging losses were SGD146 million lower. Savings in other areas, such as payroll costs, contributed a further SGD57 million.

As a result, Group operating profit for the December quarter reached SGD323 million, in contrast to the operating loss of SGD182 million in the previous quarter. 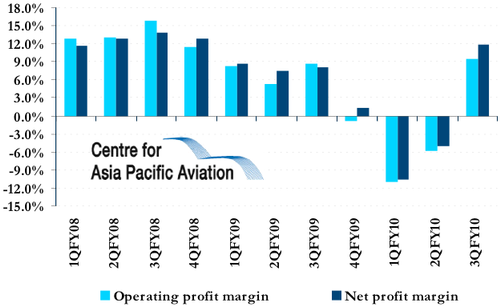 The Parent Airline Company recorded an operating profit of SGD231 million in the third quarter, against an operating loss of SGD157 million in the previous quarter on “continued recovery in load factors and yields, and lower losses from fuel hedging.

All the main companies in the Group were profitable in the quarter:

Tiger Airways’ performance was not disclosed. 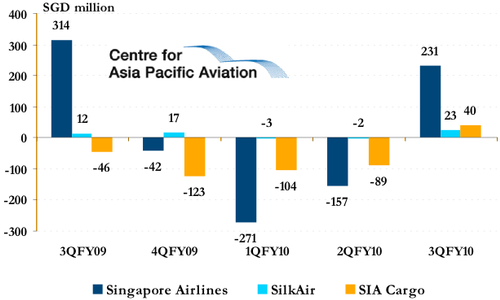 Load factor growth has been restored after eight consecutive quarters of reductions. 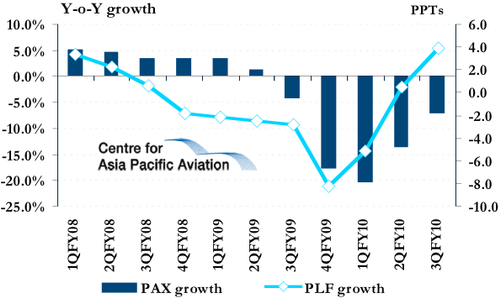 During the quarter, SIA cut capacity to Athens and Dubai, and services to Pakistan and Nanjing will be suspended from Feb-2010 and Mar-2010, respectively. On the other hand, SIA increased frequencies to Auckland, Christchurch, Brisbane, Perth, Manchester, Rome and Houston (via Moscow), and since 19-Jan-2010 the non-stop all-Business Class service to Newark has returned to daily operations. From late March, Munich will be added to the SIA network, and the A380 will be deployed to Zurich. 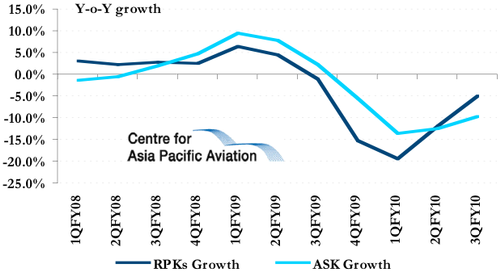 As a result of network cuts, SIA has restored actual load factors above break even levels for the first time in a year. 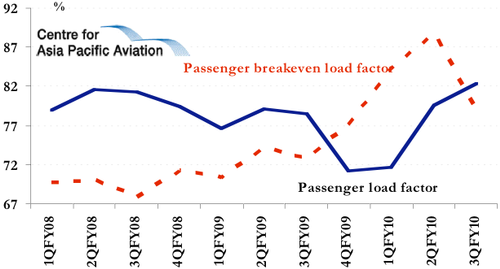 SIA is still expected to report a full-year loss (to 31-Mar-2010) – its first since listing in 1985 – following a dismal first half. But having finally brought capacity levels down to better reflect the demand environment, SIA is once again seeing growth in load factors after two lean years.

As a result, yields have stopped their precipitous decline, helped by signs of improvement in the underlying global economy. SIA is not entirely out of the woods yet, but it is certainly on the right track.