No bottom in sight for Air New Zealand (except their ads) 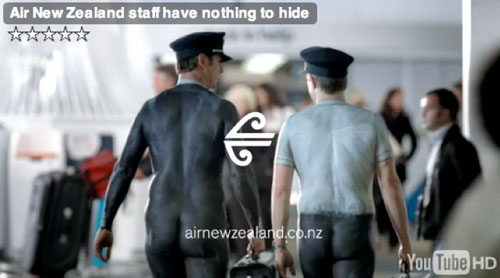 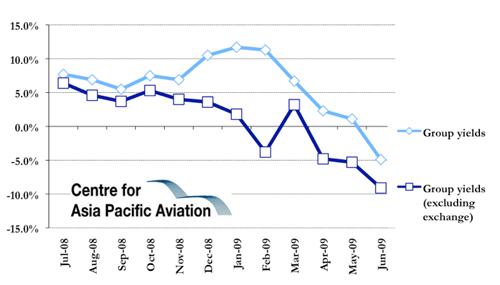 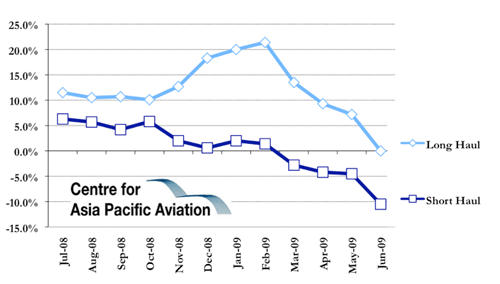 Short-haul markets are of key concern for the airline. Unlike Air New Zealand (which retains a dominant position, particularly in the high yielding domestic regional markets), its domestic and Tasman rivals, Pacific Blue and Jetstar, would be exposed to the full force of yield declines on key trunk routes. The probability is therefore that their average yields will substantially lag Air New Zealand's.

The current situation is sustainable, particularly the domestic New Zealand context, where a shakeout could be looming.

A point in Air New Zealand’s favour is that while yields are falling, load factors are rising, as it takes a proactive approach to cutting capacity. The problem is that a sustained loss of market share reduces Air New Zealand’s ability to influence pricing in the future.

There is not much comfort to be had either in the long haul segment. Passenger numbers decreased by 14.0% and capacity was reduced by 14.7% on the same month last year, holding long haul load factors almost steady - but with substantially lower yields.

Majority government-owned Air New Zealand still has a decent balance sheet and has no aircraft deliveries due in the 2010 financial year. The first Boeing 777-300ER is scheduled for delivery in Nov-2010. By then, the competitive landscape in New Zealand could be very different.

Jetstar's aggressive push on the Tasman and in domestic New Zealand will not go away. Meanwhile, Pacific Blue is fighting to maintain a presence domestically, currently looking the most fragile of the three domestic jet operators (although parent Virgin Blue does have a growing fleet of Embraer regional jets that could be used to access more regional points in New Zealand). All of this will continue the downward pressure on yields.

For Air New Zealand, one piece of respite might be gained if Pacific Blue were to retire hurt. But if rumours of a cashed-up Middle East airline buyer for Virgin Blue prove correct, the competition will only intensify.