Is there room for the little Fokker? – Suppliers Share Wrap

Another aircraft potentially looks set to join the increasingly crowded 70-110 seat market, this time with an update to the venerable Fokker 100. The Dutch Government recently confirmed that it plans to grant up to EUR20 million to NG Aircraft, to develop a prototype of an updated F 100 and resurrect Fokker as an aircraft maker in the process.

The aircraft, currently named the XF 100NG, will feature new engines and winglets for greater efficiency, enhanced range through greater fuel capacity and an update for the interior. The prototype is due for completion in 2015, but a market entry date has not yet been disclosed.

NG Aircraft is the latest incarnation of Rekkof Aircraft (‘Fokker’ spelt backwards), which announced plans in 2003 to develop upgraded F 100 and F 70 aircraft for production. Fokker collapsed in 1996, after owner, Daimler Benz, decided to stop funding the loss-making manufacturer (reportedly to the tune of USD2.9 billion in 1995 alone), forcing it into bankruptcy.

The Dutch company obviously sees a market for the 100-seat regional jet, as do many others at the moment, creating a very busy market segment:

Elsewhere in the aerospace sector, engine lessor, Willis Lease, reported a net profit of USD22.4 million in 2009, a 15.9% reduction on 2008’s result, but still the second best net profit in the company’s history. The company expanded its lease portfolio by nine engines in 2009, bringing the total portfolio to USD976.8 million, with 169 engines. However, operational utilisation decreased from 93% to 90%,

Revenue for the full year declined just 1.5%, despite the global downturn, with most of the decline due to lower gains from the sale of equipment and a drop in other income. Market conditions were “not favourable enough” for the company to pursue a multi-engine sale”.

Lease rent revenues were unchanged from last year, due to the lower utilisation and pressure on lease rates for some engine types. Maintenance revenues were up by more than a third. 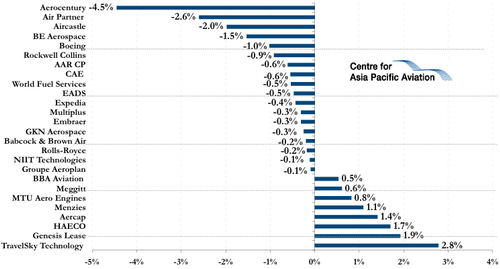