The Venezuelan government is piling on ever greater complexity to its currency management scheme, which has resulted in rising consumer prices triggered by high inflation. As a result, airlines with combined outstanding funds of more than USD3 billion tied up in Venezuela are awaiting resolution concerning what specific exchange rate they’ll be paid, and when. The largest foreign airlines are currently American, Copa and GOL, with a total of some 30% of international seats.

Throughout the past year Venezuela has devalued its currency on several occasions, following many currency controls levied during the past decade. The result is a dangerously low supply of foreign reserves that has forced the Venezuelan government to horde US currency, meaning airlines serving the country have had to wait in some instances more than a year for the government to transfer tickets paid in VEF to USD.

Carriers have opted to use various mechanisms to combat some of the uncertainty including cancelling or restricting sales in VEF and temporarily halting service to Venezuela. Each method of alleviating Venezuelan exposure is tricky for airlines as Venezuela remains a strategic air travel market despite the government holding airline cash hostage.

During Jan-2014 the Venezuelan government moved airlines and travel allowances to a "secondary" currency rate, according to Bloomberg. The secondary rate is conducted under an auction system that recently sold US currency at VEF11.36 versus the official rate of VEF6.3. On 11-Feb-2014 the news service reported that Venezuela indicated it would create a third currency system by the end of the month. Specifics of the latest changes in currency controls have not yet been disclosed by the government.

It is unclear what this means for airlines operating to Venezuela. United Airlines, which has approximately USD80 million tied up in the country, explained in Jan-2014 it was still trying to determine if it could repatriate the funds at the old or new rate. Panama’s Copa Airlines, which has nearly USD400 million frozen in Venezuela also recently stated it was trying to “better understand the consequences” of the new currency valuations, according to Bloomberg.

American Airlines is the North American carrier with by far the largest exposure to Venezuela. As of YE2013 roughly USD710 million of its unrestricted USD10 billion-plus cash balance was held in VEF, at an exchange rate of VEF6.04 to the USD. In early Jan-2014 the carrier explained the period of time to exchange those funds has been increasing, and was presently more than a year. Similar to United, American remarked that it was working with Venezuelan authorities on timing and applicable exchange rate of funds held in the local currency.

Negotiations between airlines and Venezuelan authorities regarding repatriation of funds have proved delicate, as Venezuela has reportedly offered bonds, cash and jet fuel to honour its airline debts, according to the Associated Press. The country needs to hold onto its foreign cash reserves, which are at a 10-year low. Venezuela’s dwindling supply of USD has triggered massive inflation and a shortage of basic goods.

Near the end of Jan-2014 some airlines suspended ticket sales in Venezuela, and Ecuadorian carrier TAME temporarily ceased operating between Quito and Caracas, but has reportedly resumed the flights after Venezuela’s central bank paid USD43 million owed to the carrier.

Other carriers opted to limit ticket sales denominated in VEF to combat some of the fallout from Venezuela’s currency depreciation. But those moves are also not without risk as United chief revenue officer Jim Compton recently explained, “as the devaluation effects the overall results of the economics, the team understands that and tries to make the correct point of sale from a revenue management and a network perspective. It is a very strong point of sale out of Venezuela, but we do try to adjust for the impact of things such as devaluation”.

Even with the artificial controls Venezuela’s government has held on currency rates during the past decade, it does remain a strategic air travel market in Latin America. As CEO Pedro Heilbron recently declared to a local media outlet, Venezuela remains an attractive market for Copa despite the currency challenges.

Large airlines serving Venezuela have not yet pulled down sizable capacity

Copa is the second largest international airline serving Venezuela, representing roughly 12% of the weekly seats on offer to the country. The carrier operates service from its hub in Panama City to Caracas, while its Copa Colombia subsidiary offers flights from Bogota and Medellin to Venezuela’s capital. 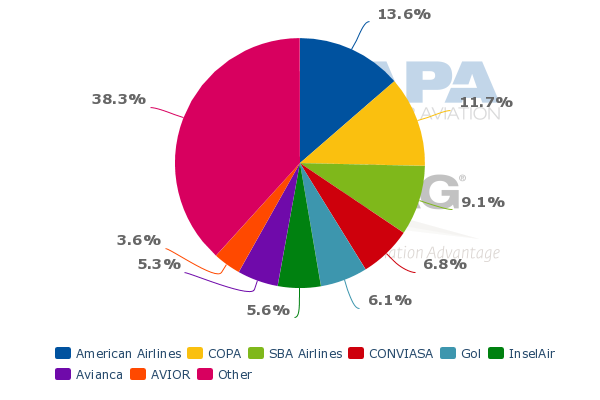 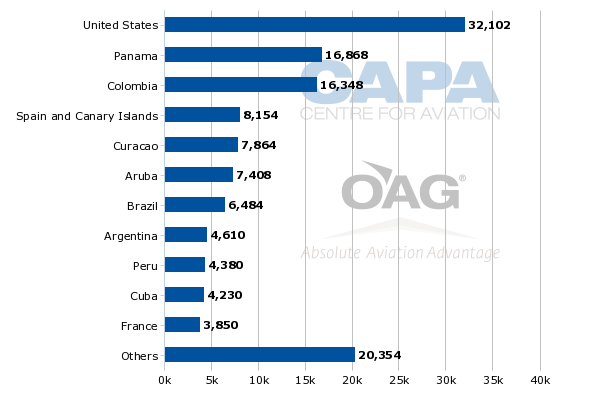 Miami-Caracas is one of the busiest international markets from Venezuela, but now that the exchange rates have been adjusted, demand in point of sale Venezuela is likely to fall since airlines will probably increase fares as a result of the new exchange rate of VEF11 to the USD. Schedules in OAG show that American has however not made major capacity adjustments through Aug-2014.

Between the beginning of Jun-2014 and mid Jun-2014 its one-ways seats on offer between Miami and Caracas will drop by only approximately 270 to 5,208. Presently, American accounts for roughly 53% of the seats on offer on the pairing. 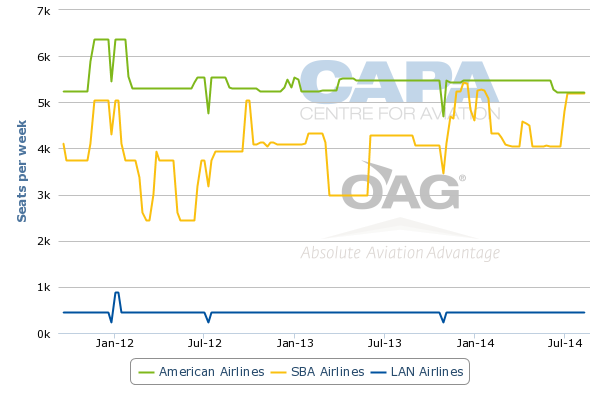 It is tough for carriers, especially larger airlines like American, simply to withdraw supply as their currency exposure in Venezuela remains unsettled. Over the long term it likely makes sense to keep a foothold in the country since overall Venezuela’s future is highly unpredictable given the precarious state of its economy. If in fact the country’s economy crumbles there may be opportunities as the country rebuilds and possibly loosens air travel access. But those outcomes are far from certain, and the only certainty that seems apparent is that Venezuela intends to continue to play games with its currency to protect its foreign exchange reserves.

Perhaps some clarity will arise when details are revealed about the third tier of controls being instituted, but things are unlikely to improve significantly in the short term; the reality is airlines need to brace for the status quo to continue. Those carriers might want to start accessing how to mitigate their losses as the likelihood of receiving payment in full diminishes.

Venezuela becomes another example of failed strategy, in the great traditions of protectionism

In a broader sense the situation in Venezuela reflects commercial opportunities lost when governments exert a tight control on industry. Ultra low-cost carrier Spirit Airlines has been trying to serve Venezuela from South Florida for years, but the country’s protectionist government has been foot-dragging in granting the carrier approval.

Spirit could introduce real low-cost competition into a market essentially dominated by two carriers, but the Venezuelan government has chosen to impose artificial barriers to keep the LCC out. Perhaps now Spirit is not in such a hurry to launch service to Venezuela as the country continues to hold cash owed to airlines prisoner. 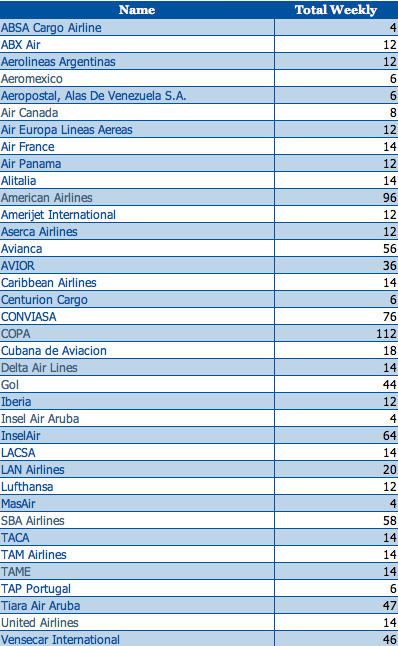