Spanish Prime Minister Jose Luis Zapatero – who two years ago indicated he would permit the partial privatisation of AENA and who has been fighting a rearguard action against trade unions ever since – came back with a second-round proposal on 01-Dec-2010, which would sell a 49% stake and the "licencing" of airports to investors/operators.

It is part of a package that will also include the sale of the national lottery, which is responsible for "El Gordo" (the Fat One), the Christmas Lottery that has the biggest prize pot in the world, and coincided with a wildcat strike by trade unions over reforms affecting AENA’s "other half", air traffic control, all of which prompted the question, will the sale procedure itself be a lottery?

Mr Zapatero unveiled plans to raise around EUR14 billion through the partial privatisation of AENA and state lottery Loterias y Apuestas del Estado. Both are part of another round of austerity measures following the EU/IMF bailouts of Greece and Ireland, with Portugal, Spain and Belgium widely expected to be next in line, threatening the viability of the euro. If it was intended to impress the EU with these austerity measures it has probably succeeded. They include bringing forward pension reform, raising the tobacco tax, cutting wind-power subsidies, cutting corporation tax for small and medium companies and abolishing a EUR426 monthly payment for the long-term unemployed. The government had previously worried investors by putting the reforms on hold.

Mr Zapatero has had to move quickly. Apart from the pressure bearing down on him from Brussels, Berlin and Frankfurt – Germany has had to take the lead in picking up the pieces in Greece and Ireland – his own position and legacy is under threat as elections loom.

The measures are intended to cut the budget deficit from 11.1% of GDP to 9.3% this year and 6% in 2011. Spain may seem to have a high public debt level but its debt as a percentage of GDP is still not high by European standards. Spain’s problem is private rather than public debt, following the collapse of the tourism and construction industries in 2008, compounded by difficulties at some of the Cajas (savings banks) as property buyers borrowed more than they could afford to repay. Also compounding the problem is the fact the central government has little control over the spending of the regional governments. Under the shared structure of governmental responsibilities that have evolved since 1975, much responsibility for spending had been given back to the regions without also handing over the responsibility of raising the required taxes. The central government now finds itself unable to gain support for unpopular spending cuts from the recalcitrant regional governments.

AENA manages 47 airports and two heliports, including the key airports in Madrid Barajas and Barcelona El Prat, and has holdings in 16 Latin American airports and London Luton in a joint venture with Abertis though the days when it was a global exponent of foreign investment seem to be behind it. Under the plans, AENA will be divided into two parts: the airport division which will be partially privatised while the Air Navigation division will remain state-owned. Private companies or investors can buy any airport or heliport, assuming their own risk.

The management of the two largest airports, Barajas and El Prat, will be put out to tender to private operators under a 40-year licence, which presumably means operating leases. Previously, external management of these particular assets had not been encouraged even though AENA does already permit local municipality management of some of the smaller airports. The problems that have arisen with regional authorities over fiscal issues, as mentioned above, are another driver towards this airport privatisation scenario.

Historically, AENA, which handles more than 200 million passengers each year, has been valued at around EUR30 billion, based on its EBITDA multiple, but this included EUR12 billion of debt. It operates on a three-tier system, which has the Madrid and Barcelona airports in the premier league, followed by the major coastal and island vacation airports – Malaga, Alicante, Palma de Mallorca etc – then the rest. During the last decade most of AENA’s investment has gone on the Plan Barajas and Plan Barcelona projects, which enabled them to benefit from vast new terminals and/or runways, to the disdain of travellers in far-flung corners of the country who had to suffer sub-standard facilities. Lately, investment has also gone into airports such as Malaga and Alicante, which sport huge new terminals. Malaga’s T3 opened in Mar-2010 and Alicante’s T3 will open next year. AENA has also committed to EUR2 billion of investment in the Canary Islands airports. 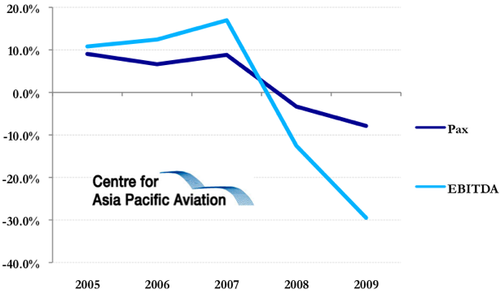 But there are dozens of small airports in parts of the country that are not particularly attractive to vacationers, that still feel hard done by and it is not at all certain which operators would be attracted to some of them, either independently or if they were to be included in a package. 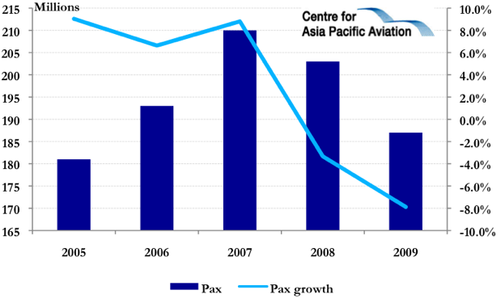 AENA’s perceived disregard for some parts of the country prompted a mini-rush to build airports through the "public-private" some years ago. To date, two are up and running. One is at Ciudad Real in Castile - La Mancha, which is yet to secure a cornerstone airline tenant and has already seen Ryanair come and go, and another at Lleida in Western Catalonia between Barcelona and Zaragoza. It was constructed by the public capital company Aeroports de Catalunya. North of Valencia Castellon Airport, owned by Abertis/FCC/Globalvia, is structurally complete but not yet open for business. One potential airline target, Ryanair, which started to withdraw services from Valencia in 2008, seems to have made peace with the operator there.

In Murcia province, the regional government is constructing a new airport in Corvera, which will be privately managed. It is intended to replace the existing Murcia San Javier Airport, at which Ryanair has reduced its services dramatically since Jul-2010, citing lack of tourism support from the regional government to promote tourism. The Malaga area should have a new airport at Antequera by 2013.

Another issue that continues to face AENA is the Spanish high-speed rail system, AVE, which has reduced the demand for air travel on some routes, notably Madrid – Barcelona, which went from the world’s busiest city pair in 2008 to 24th in 2010. On the other hand, the AVE is supposed to assist some airports, such as Ciudad Real, by drawing traffic from the Madrid area. It hasn’t really worked so far.

It used to be said of the old, nationalised, British Rail in the UK, that it made an enormous marketing faux pas by failing to recognise changing travel trends in the country, that is away from rail to personal vehicle, long distance bus and air. It moved from being a rail operator to a transport operator, embracing other modes. AENA could do worse than recognise a trend that is going in the other direction. 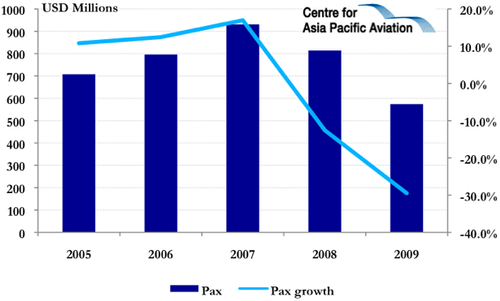 It seems that no decision has yet been taken as to whether AENA will have a financial partner, a stock market listing, or a hybrid of both. The next step will be to create a new company, AENA Aeropuertos, SA, to bring together all of the related assets. Potential investors will then be sent a sales prospectus and the process could be completed before the end of the first half of 2012. A leading trade union, USCA, claimed the government will write-off the company's debt and sell the stake for a reduced price.

Private companies have been lobbying the government to adopt a concession model for the major airports since privatisation was first proposed. The airports and toll roads operator Abertis Infraestructuras welcomed the government's plans. "We have to wait for the details and the conditions but in theory it is very good news that they have opted for a concession model," an Abertis spokesman stated. “Obviously we are interested in the process ... we think this model will attract the interest not only of Abertis, but also of other international and national operators."

But the part about “waiting for details and conditions” hints at Abertis continuing to stick to its principle that it will not partake in any bid where it would not seize operational, tactical and strategic control through its investment. Hardly any of the other actual and potential airport operators in Spain have previously shown much interest in their own country’s airports, at least publicly. Ferrovial, which has now sorted out the majority of its problems with BAA, could enter the fray and has dropped some hints it may do so. There has been nothing publicly from FCC/Globalvia/Dragados or Sacyr Vallehermosa, which is building the Murcia Corvera airport, as 60% shareholder in the Aeromur consortium.

Foreign interest has been much more in evidence; led by Fraport, whose spokesman Thomas Uber stated the company is examining investment opportunities at Madrid and Barcelona airports. "At the moment, we are examining the parameters, like we do with other possible investments," he said. Shortly afterwards, TAV Holding’s Chairman Sani Sener stated the company may bid for licences to operate Spanish airports. Mr Sener said: "We could get involved in the sale of Spanish airports, depending on the price, although there is nothing concrete at the moment."

Whomever the putative investors are, there will be a number of factors that will concern them. These include: