Alongside the launch last week of non-stop service to Beijing, South African Airways (SAA) has been working on improving its connections in Africa, and has recently launched service to three Central African destinations: Pointe Noire in the Republic of the Congo, Kigali in Rwanda and Bujumbura in Burundi. This follows expansion last year into Ndola, Zambia.

These countries all have in common their strong oil or mining industries, small aviation markets and a GDP growth rate in 2011 of more than 4%. While SAA already served two other airports in Zambia, the launch of service to Pointe Noire, Kigali and Bujumbura marks the carrier’s first point of entry into those three landlocked countries.

The routes follow South African’s regional approach and intent to launch four new African routes by the end of 2011. This strategy, adopted after nearly a year of restructuring, was designed to enable SAA to tap the mineral rich and developing markets across Africa and thwart competition from Middle Eastern carriers, who continue to gain increasing capacity share on Africa-Europe and Africa-Asia routes.

While Zambia, Rwanda, the Republic of the Congo and Burundi all share growing economies, valuable natural resources and a desperate need for air service due to their landlocked nature, they have historically been poorly served by other African and international carriers due to long periods of political instability, war (both past and present), poverty, corruption and low levels of investment. Central Africa is the smallest of Africa’s five regions with operations comprising regional links and long-haul routes to primarily Europe from Air France and Brussels Airlines. While SAA does little for each country’s international connections, it does help improve the critical regional connectivity the continent needs.

Pointe Noire is the second largest city in The Republic of the Congo behind the capital Brazzaville. It is on the coast where many of the oil wells are located, and because of this is the commercial centre of the country. Oil accounts for 50% of the country’s exports (falling from 90% in 2002). While Brazzaville Maya Maya International Airport is served by more than nine international carriers with a combined weekly seat capacity of 21,137, Pointe Noire Airport is served only by six carriers in total with a combined weekly seat capacity of 16,679. There are only a total of 38,880 seats per week in the country. 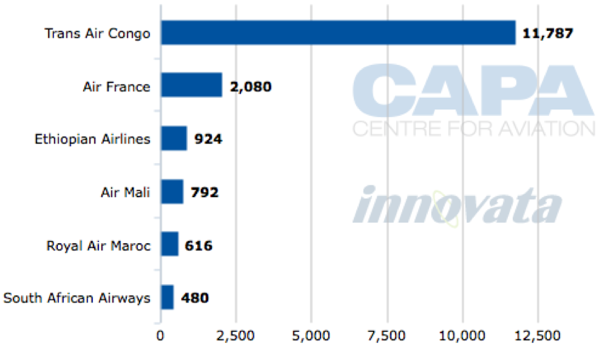 SAA launched three times weekly Johannesburg-Bujumbura-Kigali service on 17-Jan-2012, marking the first time the carrier has entered either of the markets. Kigali, the country’s capital, is a growing market that already sees six international carriers.

Previously, SAA accessed Kigali via a codeshare agreement with Rwandair. It had planned to launch the route in Oct-2011, however, delayed it until 24-Jan-2012.

As the capital city of Burundi, Bujumbura is the country’s largest export city but compared to other Central African cities, has a developing economy dependent on agriculture, which accounts for 90% of all foreign exchange earnings.

SAA’s deployment of 720 seats per week into the country is small, but it makes the carrier the third largest operator at both Bujumbura International Airport and in all of Burundi. 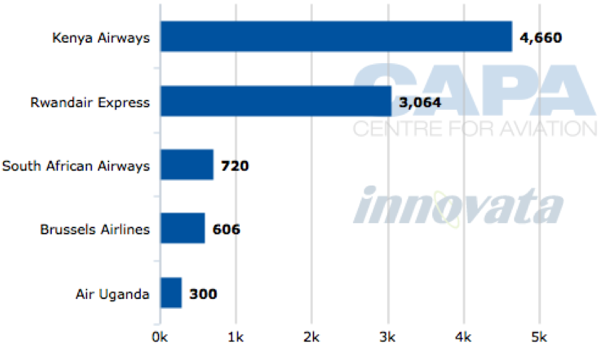 SAA is the largest carrier in Zambia and offers approximately 9373 seats per week. 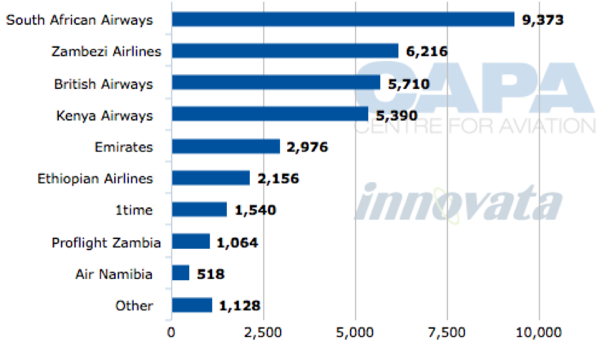 Before the launch of three times weekly service to Ndola on 01-Oct-2011, SAA operated to Lusaka International Airport and Livingstone Airport and was the largest carrier at each airport. At Lusaka, South African Airways competes with regional carriers such as Kenya Airways, Ethiopian Airlines, Comair and Air Namibia, as well as Emirates, which will become the fourth largest carrier in the market once its Dubai-Lusaka-Harare service, started on 01-Feb-2012, operates for a full week.

Ndola is the third largest city in Zambia and is the industrial and commercial city of the country. It has large reserves of limestone that are a major component in the production of cement, one of Ndola’s largest export. Limestone is an important factor in Ndola’s economy, providing much of the wealth and employment in the city. While there are no mines in Ndola itself, the Bwana Mkubwa open-cast copper mine is only 10km away.

While SAA has the largest market share in South Africa, a proliferation of domestic carriers is leading to over capacity. Regional expansion helps take the pressure off. SAA is well versed in regional routes compared to other South African operations.

Of the top 10 busiest routes in Africa, South Africa is home to four. The busiest route, Johannesburg OR Tambo-Cape Town International Airport, sees approximately 124,000 seats per week, making it the 17th busiest in the world.

SAA’s strategy, of tapping into mineral-rich yet underdeveloped African nations, is necessary to take capacity away domestically and provide the South African market with links to new trade markets.

Like many African routes, SAA’s new services are not daily owing to limited demand, but the expansion will continue to help deliver Africa the regional links it needs to facilitate growth on the continent. 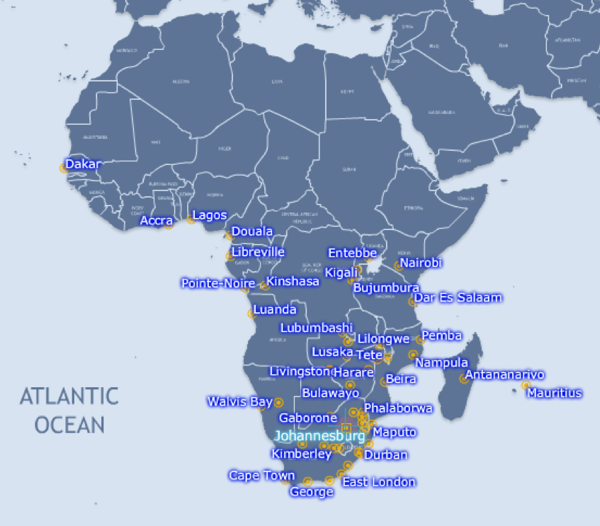 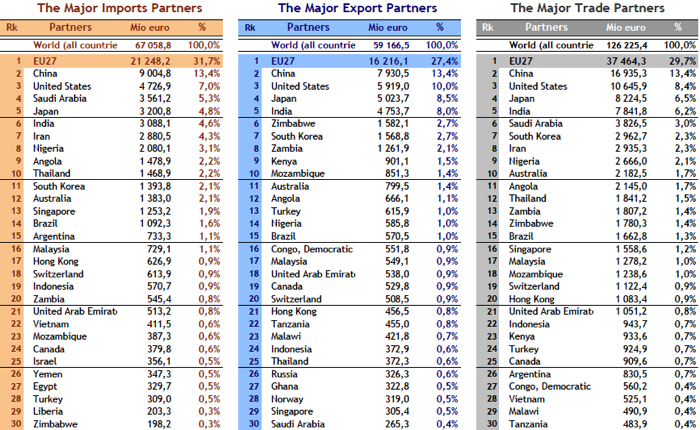