The Farnborough scorecard: 650 orders! Airbus tops Boeing as lessors come to the party

Airbus has come out of the Farnborough Air Show with a total of 133 firm aircraft orders and 122 commitments. The European manufacturer finished the air show ahead of ahead of perennial rival Boeing, which emerged with 103 new orders, as well as a single B787 cancellation, and commitments for another 90.

Russian manufacturers Sukhoi and Irkut had very successful shows as well. Sukhoi secured 82 Superjet 100 orders and commitments, while Irkut announced an order for 28 MS-21s, as well as confirming another order for 50 made earlier in the year. Ukrainian manufacturer Antonov announced a single order for 10 An-158 regional jets.

In total, more than 650 new orders and commitments were made at the airshow. Options for another 15 were also secured. The key outcome of the airshow was the return of leasing companies to the manufacturers' order books. Leasing companies accounted for just under 300 aircraft orders at the airshow, particularly start up such as Air Lease Corporation, Avolon and Pearl Aircraft Corporation.

Airbus and Boeing heralded the orders at the show as an indication that airlines were returning to health. Both announced they will be raising their order forecasts for 2010. Even more importantly, they expect the tempo of ordering to pick up from the low levels of the past two years.

Airbus and Boeing are also looking at increasing production rates and whether their supply chains can support increases. A320 and B737NG production levels will reach record levels by the end of 2011, and the manufacturers are considering pushing production yet again. Boeing has also confirmed that it could increase widebody output. 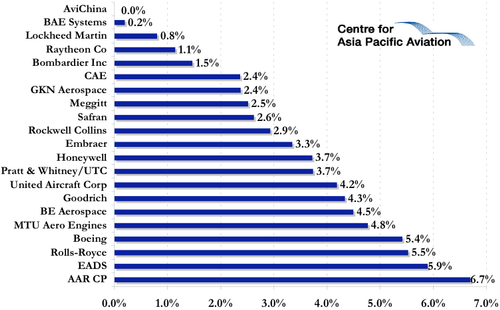 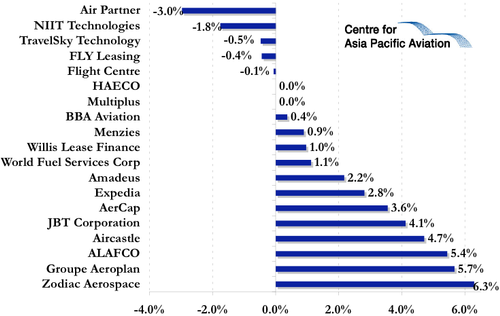