Singapore Changi Airport reported a solid increase in passenger traffic in Feb-2011 thanks to strong travel demand over the Lunar New Year holiday which this year was spread over a long weekend. Southeast and Northeast Asia continued to be the growth drivers (and Changi's largest markets). Traffic to these regions increased by double digits, according to Changi Airport Group. 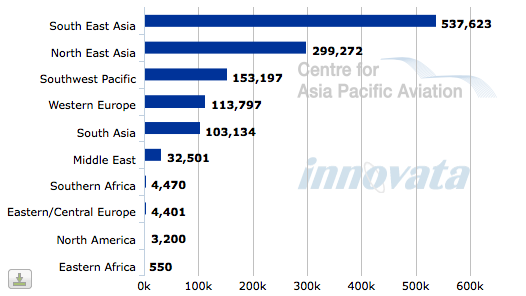 According to Innovata, LCCs account for 27% of Changi's seating capacity this week. 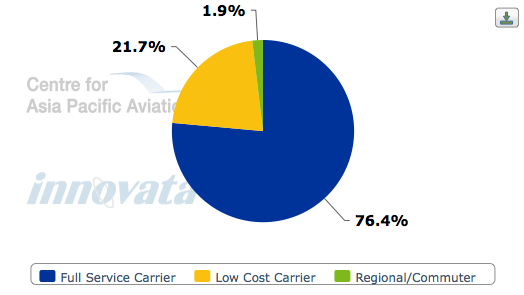 One of the key LCC routes, to Kuala Lumpur, saw a peak in fares around the start of the year, and another peak at the end of this month. 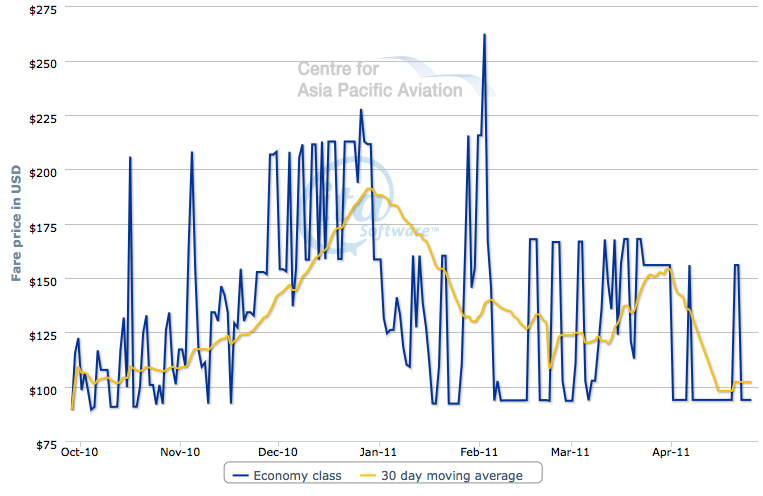 The key corporate travel market to Hong Kong has also seen a marked rise in fares in recent weeks. 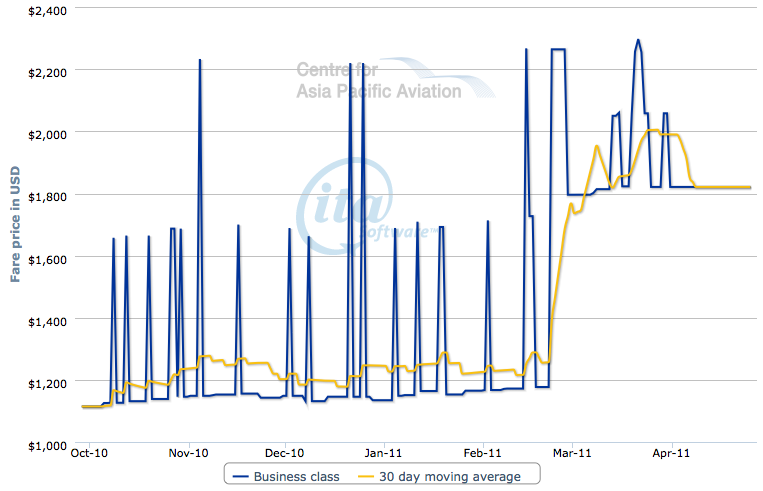 Pekanbaru, the capital of Indonesia’s Riau province, and the Malaysian resort island of Redang became new city links for Changi as SilkAir and Berjaya Air started services to the two destinations, respectively. Changi will be connected to the South American continent for the first time when Singapore Airlines begins three times weekly service to Sao Paulo via Barcelona on 28-Mar-2011.

The Star Alliance is Changi's major alliance, though some 45% of the airport's weekly seat capacity is controlled by unaligned airlines.

Click on the Schedules Analysis tab on the Changi Airport profile for more graphical data. 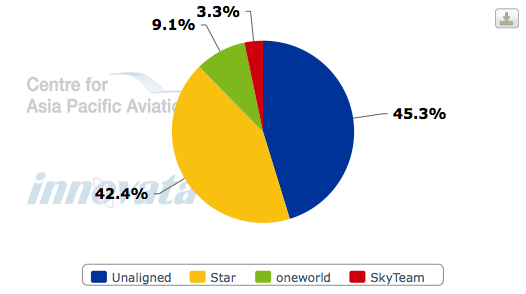 Changi Airport handled 128,048 tonnes of cargo in February, a decline of 1.9% year-on-year, due to the Lunar New Year holidays. Changi handled 275,272 tonnes of cargo in the first two months of the year, an increase of 1.3% compared to 2010. Shipments to/from Europe and Americas contributed to the growth in airfreight movement.

The outlook for Changi's passenger growth in 2011 is quite positive, as competition intensifies between major carriers including Singapore Airlines, Qantas/Jetstar and Tiger Airways. The Japan market is of obvious concern over the near team. See related reports: