"Chinese investors in Europe’s airports 2016": Europe is in favour again. A CAPA report

China is investing huge sums on its own airports – up to USD130 billion over the next 15 years - but Chinese inward investment to other countries for the same purpose elsewhere is not insignificant. While Africa, in particular, has been on the Chinese radar for years, Europe, where some of the first Chinese airport investments were, is once again in favour.

There is a wide range of investments in airport assets at all points on the scale, from global hubs to remote secondary level airports: a range of investment by organisations such as sovereign wealth funds  – via giant retail companies and Big Data conglomerates – right down to smaller engineering companies and industrial concerns. And they are taking over large parts of the supply chain too, with catering suppliers like Gategroup and Servair either acquired or targeted, as well as ground handling companies such as Swissport.

A recent development is that of a Chinese firm both investing in and actively involving itself in the construction of an airport city in the UK, and there are examples in other countries. If an experiment at Manchester has a positive outcome it would be reasonable to expect there will be more such investment in Europe.

There is already much experience of airport cities and aerotropolises in China, where there are at least five already (including Hong Kong). 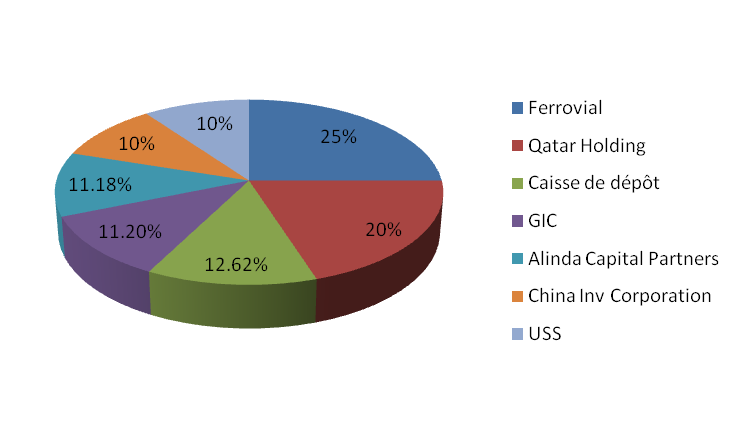 The investment into France’s Toulouse Airport by two Chinese firms may have been a one-off, spun off from high-level Franco-Chinese government meetings. It was unwelcome in some quarters and the bidders for the next tranche of French regional airports – Lyon and Nice – include none from China. However, it reintroduced a Hong Kong-based firm to European airport investment; one of several that are based there.

Hong Kong should not be overlooked when assessing potential Chinese investors into an airport sale or infrastructure project in Europe.

Motives for airport investments are not always clear

In some cases the motives of Chinese investors are vague, such as that the investment is ‘part of a strategy to extend global infrastructure assets.’ On the other hand those investors are thorough, and often see opportunities for expansion that may not have previously been considered or given adequate weight. It is rare that they will overspecialise by ‘putting all of their eggs in one basket’; they are more likely to seek to develop, say, low cost short haul passenger, and long haul cargo, services in tandem at the same time, and out of a secondary level airport as often as a primary one.

A favourite location for China's airport investment in the past (and presently in one or two cases) has been Eastern Europe, but nowadays it is larger city airports rather than remote ones in small towns there that are proving to be more attractive to the Chinese. For example, interest is being shown in forthcoming privatisation procedures at Sofia, the capital of Bulgaria, and also the second city, Plovdiv.

Belgrade’s Nikola Tesla Airport, which may be sold or concessioned, may also come into the frame but potential Chinese investors are playing their cards close to their chests.

Not all the investments made by Chinese firms have been successful, though. At some of the smaller European airports what appeared to be a completed deal was not actually concluded or, when a deal has been, subsequent results have constituted underachievement. In one case a very low bid, though quite legal, was accepted then rejected in Spain, which must have alerted the Chinese investors in that case (there were actually two) to the spectre of European protectionism.

It is a characteristic that is not restricted to China. Even in the case of London Heathrow Airport (where the investment came from a sovereign wealth fund, see the chart above) the apparent certainty of that investment is coming under mounting scrutiny as a decision on an additional runway is consistently put back.

Frankfurt Hahn airport investment is an example of a strategic investment

Possibly the best example of a strategic investment to date, or at least for now, is the recent one in Germany’s Frankfurt Hahn airport (by a bag manufacturer). Despite declining passenger numbers and cargo volume that airport has a proven track record in handling several million passengers and tonnes of cargo annually. It is well located for much of mainland Europe – within the country with the continent’s biggest economy – rather than being in an isolated part of a peripheral country. Moreover little investment is needed there, much of the infrastructure being in place already, although there is a debt burden to carry.

Potentially the biggest non-financial sector investor emerging out of China in the future will be HNA Group, and its airport investments may be influenced by route development at its subsidiary Hainan Airlines, which is expanding rapidly internationally.

The Chinese State is also an investor/financier

The Chinese State is also playing its part in financing foreign airports, not only through sovereign wealth funds but also the Export-Import Bank and other state and quasi Non-Governmental Organisations.

Of China’s many airlines only two are known to be now, or to have been, associated with airport investment outside China itself, but that number is expected to rise. A case could certainly be made for a cargo carrier to join a consortium investing in an airport that is strategically placed for logistical purposes.

Outside Europe, Africa continues to be a popular location for Chinese airport investment but that fact may be driven at least as much by political as by financial considerations. The Caribbean has also been targeted recently. Many airports there urgently require funds for rehabilitation, let alone expansion, but are too small to attract western investors as the rate of return on investment is too low; a factor that appears to be less important to the Chinese when weighed against others.

Numerous Chinese firms may follow the first movers into airport investment in Europe or elsewhere and a good example is the retail conglomerate Alibaba, which seeks airport distribution centres and which has been looking in the first instance at options in Russia.

In cases such as these the driver will be the need for independent logistics operations away from mainstream airports, which may offer some hope to secondary and tertiary level airports in Europe that are located on primary surface transport routes, and which also have the spare land on which logistics facilities might be constructed.

Overall, despite recent economic hiccups in China, Europe can expect continuing interest to be shown in its airport infrastructure by Chinese firms.

The full 50 page report, "Chinese investors in Europe’s airports 2016" is available free to CAPA Members.
For non-Members, the cost is USD95.
To access the report,  please go to centreforaviation.com/shop/chinaairports2016