Boeing has bowed to the inevitable and delayed the delivery of the first B747-8 Freighter from the beginning of 2011 to mid-year. The announcement does not come as a surprise. Earlier in the year, Boeing alluded to the fact that problems in flight testing with the aircraft could push deliveries beyond the established schedule. The move had little impact on Boeing’s share price, which rose 0.9% yesterday.

The issues, including a low frequency vibration and an underperforming aileron actuator, meant that certification testing has ballooned past its original schedule. Boeing is working to address the problems, neither require structural change, and is adding a fifth B747-8F to the test programme to speed the process.

The delay to the freighter version is not expected to affect the schedule for the passenger version of the aircraft, which is due to enter service in late 2011. The passenger version is a lower priority for Boeing, with just 33 firm orders, compared to 76 for the freighter. Boeing does not expect the latest delay, which puts the aircraft close to two years behind schedule, to have any impact on 2010 financial performance.

Some carriers, such as Atlas Air, are considering requesting compensation. Launch customer, Cargolux, has not yet commented.

The latest delay to the B747-8 is a timely warning to Airbus on the dangers inherent in updating an older airframe, as it considers the future of its A320 family. A meeting of senior engineers today is reportedly expected to recommend that Airbus pursue the option of fitting new engines to the A320.

The decision will then move to the company’s executive committee and, if it is given the go-ahead, to the board for approval. A final decision could be made before the end of Oct-2010.

Fitting new engines to the A320 is estimated to require investment of EUR1 billion-2 billion and up to four years to complete. This may actually be the cheapest option for the company.

Not fitting new engines means potentially losing out on orders to new competitors. The Bombardier CSeries, Irkut MS-21 and COMAC C919 will all feature the same next generation engines that Airbus is contemplating fitting to the A320.

Developing a new narrobody, the other major option, is a EUR10 billion, six to eight year process. Airbus is concerned that engine and materials technology are not sufficiently advanced to deliver the enhancements to justify an all-mew aircraft. A more realistic time-frame is beyond 2020. The technology featured in the B787 and A350 is not considered ready to be scaled down to smaller aircraft.

Mitsubishi, which commenced production of its new MRJ today, found this out to its detriment last year. In Sep-2009, the company cut the use of composites in the new regional jet down to 15%, reverting to more traditional aluminum alloys. Doing so added another six months to the planned delivery schedule, and forced the company to trim its certification schedule and increase the test fleet from four to five aircraft. Japan is the world’s largest producer of carbon fiber and carbon composite materials.

In other major aerospace new, Rolls-Royce announced the appointment of a new CEO, John Rishton. Mr Rishton will succeed Sir John Rose, who will retire in Mar-2011 after leading the company for 14 years.

Rolls-Royce recently confirmed it is working through its Trent 1000 production issues, giving Boeing confidence that it can deliver its B787 within 1Q2011. 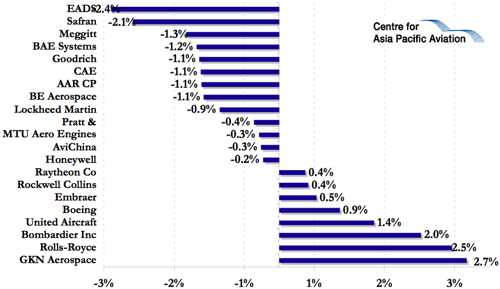 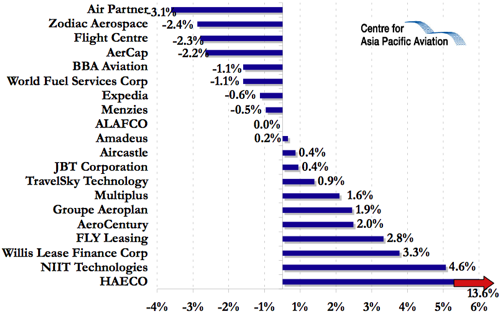