US airline fleet strategy and finance Part 2: Alaska and Southwest differ in leveraging their fleets

The two US investment grade airlines – Alaska and Southwest – have steady delivery streams planned from Boeing during the next couple of years as they work to ensure that the average age of their respective fleets remain optimal.

But Alaska and Southwest are taking different approaches to their fleet fortification. Alaska is choosing to stick with new-build aircraft to replace 737 Classics exiting its fleet while Southwest is opting to add a mix of new and pre-owned aircraft to sustain its fleet at around 700 aircraft in 2015.

Both airlines own a solid portion of their respective fleets, allowing for a certain level of flexibility if market conditions change. Although each airline’s investment grade status allows for favourable market rates, Alaska for the moment has no plans to finance aircraft through debt, but is not ruling out the possibility in the future.

Source: CAPA Fleet Database
Note: *Orders include those placed directly by the operator and by lessors assigned to the operator, from 3-Sep-2015 onwards.

Although some airlines are finding attractive rates for current generation narrowbodies as the Airbus A320neo and Boeing 737 Max move closer to first deliveries, Alaska has no plans to participate in the used aircraft market. “I don’t think you’e going to see this team change paths in terms of our strategy moving from new airplanes that we’ve got on the books with Boeing to used aircraft,” Alaska CFO Brandon Pedersen recently concluded when queried about tapping the used aircraft market.

Unlike Alaska, Southwest, United and Delta have opted to access favourable rates offered by current generation narrowbody aircraft. The fleet strategies of United and Delta were analysed in the first report in this series.

Southwest has decided to source previously owned Boeing 737-700s. The -700 remains the backbone of Southwest’s fleet, with 461 currently in its fleet, according to the CAPA Fleet Database.

Source: CAPA Fleet Database
Note: Orders include those placed directly by the operator and by lessors assigned to the operator, from 3-Sep-2015 onwards.

The airline is taking delivery of 31 aircraft from Boeing in 2016 and sourcing four narrowbody jets from the used aircraft market. Company executives are not really outlining how long Southwest will pursue used jets, other than concluding that Southwest will continue to adopt a fleet strategy that drives the best economics.

Southwest projects capital expenditures of USD1.8 billion in 2015, of which USD1.1 billion is dedicated to aircraft spend. Southwest is still finalising its capital commitments for 2016, but currently estimates USD1.3 billion to USD1.4 billion in aircraft spending, and has stated its total capital expenditures for the year would be less than USD2 billion. Its cash balance at the end of 2Q2015 was USD3.1 billion.

Both Alaska and Southwest own a large portion of their respective fleets, which provides a certain level of flexibility if the airlines need to spool down capacity. Alaska owns nearly 80% of its mainline fleet that it has previously stated are mostly high value next generation aircraft. 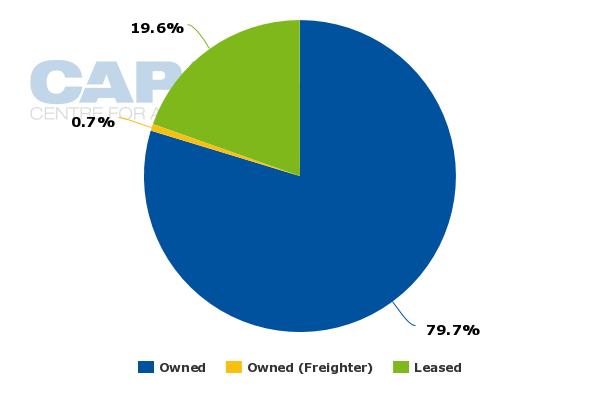 Southwest owns an ever larger portion of its fleet, nearly 83%. 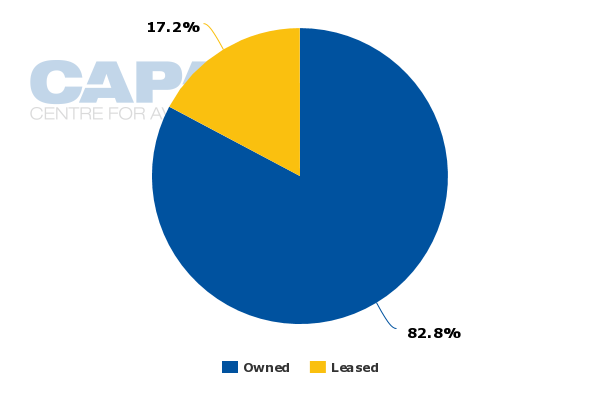 As each airline sheds older Boeing 737s their respective fleets are becoming younger, which also is an advantage if the need for a sale-leaseback arises, or if the companies want to sell narrowbodies outright.

Alaska and Southwest average fleet age as of 3-Sep-2015 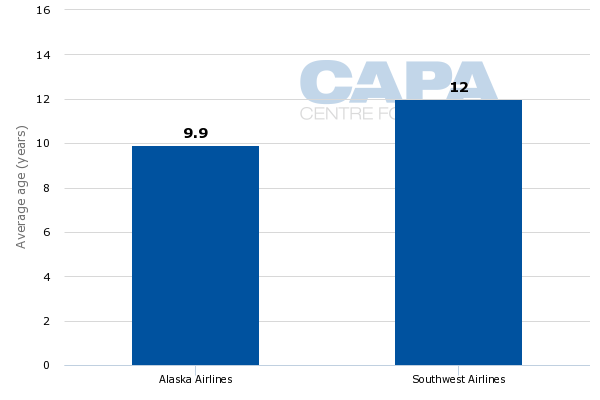 Alaska does not foresee accessing the capital markets in 2015, but ups shareholder returns

With its investment grade ranking, Alaska has declared that status gives the company more options. “When and if we want to go to the debt market and we’ll be able to do it at a lower cost” Alaska CEO Brad Tilden recently declared.

During 2015 Alaska plans to increase its shareholder returns from USD415 million to USD550 million that includes a buyback of 5% of outstanding shares. But company management is fielding questions about its decision not to access debt markets at low interest rates to finance aircraft and using cash to repurchase a higher level of stock.

Mr Pedersen in Jul-2015 concluded that Alaska has “kind of a fortress balance sheet” at the moment and stated: “We’re proud of the fact that we’ve been able to finance all our CapEx with operating cash flow and there’s still a whole bunch of money left over for us to return to our shareholders.”

The airline estimates total CapEx in 2015 of USD735 million. Mr Pedersen did state that accessing debt markets in 2016 could be a possibility, and stressed that Alaska was focussed on ensuring its capital structure “sits at the right place” and that “we’re doing the right things for our owners in terms of capital return”. Alaska's projected CapEX in 2016 is approximately USD665 million.

Shortly after Mr Pedersen made those remarks, Alaska’s board authorised a USD1 billion share repurchase programme set to commence once the current share buyback programme is complete. Alaska stated that it was the largest repurchase programme in its history, representing 10% of its stock market capitalisation.

Just as the large three global US network airlines American, Delta and United are adopting different approaches to their fleet revitalisation, Alaska and Southwest are also approaching their fleet planning from different angles.

Southwest is adopting a similar method to United and Delta, opting to take new deliveries while accessing the used markets when favourable opportunities arise. Alaska and American are opting to stick to their orderbooks and take delivery of new build aircraft, rather than switch to a hybrid model of adding new and used jets.

Although the “Big 3” have cited favourable aircraft financing markets, Alaska and Southwest have the distinct advantage of using their investment grade status to obtain even better rates if they choose to access the capital markets to finance a larger portion of their aircraft deliveries.

Both Alaska and Southwest also have a distinct advantages with respect to fleet flexibility if they conclude that slower growth is needed. Neither airline looks to be arriving at that conclusion in the near future, and at this point their growth is not hurting their profitability or balance sheet strength.