While US airlines are cautiously adding capacity, according to Boyd Group International President Mike Boyd, the weakness in the economy belies the statistical turnaround reported by the industry since late 2009. Indeed, he cautioned that recent capacity moves, especially by the two most recently merged carriers – Delta and US Airways – threatens the industry’s pricing power.

Boyd suggested that the consolidation of Northwest and America West into Delta and US Airways, respectively set the stage for increasing in capacity and expects a similar response from United/Continental and Southwest/AirTran. Despite the moves by Delta and US Airways, it is the low-cost sector – especially JetBlue – that has seen the largest capacity increases, most above 5%. But Delta has been no slacker estimating during its second quarter conference call that overall capacity – domestic, international and regional airlines – will rise between 5-7%, far higher than the 2-3% discussed by its peers which are adding between 2-4%.

Some even estimated an 8% jump in Delta’s fourth quarter capacity. The Boyd analysis shows departures increasing 2.1% across the industry while seats will be up 3.1% in the fourth quarter. Delta cited its merger and its deeper capacity cuts in the 2008-2009 period.

Boyd used data from Innovata to make his point. This, despite protestations in CSuites that capacity discipline must remain an industry mantra for the foreseeable future. 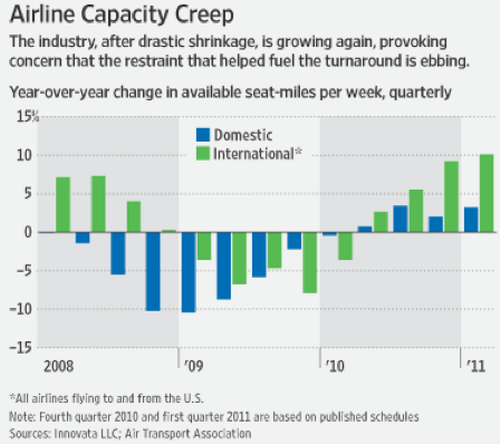 “Taking a snapshot of planned fourth quarter 2010 capacity reveals the US industry will be adding about 3.1% more seats compared to the same quarter in 2009,” he said. “Delta and US Airways are adding the most capacity. But we see no continued expansion of capacity. Unemployment is going nowhere, housing is again headed down and the stimulus is mostly a flop given recent analyses indicated each job allegedly saved or created cost USD2 million. IN addition taxes are going up so none of that bodes well for airline traffic. At some point it will start to take a toll on airline revenues.”

On the other hand airlines have been building their coffers in order to strengthen their balance sheets after eliminating a decade’s growth in the process. Indeed, airlines are expected to posts additional profits in the third quarter and during the second quarter conference calls, suggested cash reserves would go to deleveraging the balance sheet.

Still, in addition to an unenthusiastic economy, airlines still face headwinds in rising costs with airports being the culprit mentioned most often in conference calls. Also in the offing are labour costs.

One analyst who watches the oil market has concluded that commodities, especially energy, will become “significantly more expensive”. John Polomny, who writes the Actionable Intelligence Alert and posts on Seeking Alpha, said that the growth of developing markets will overshadow any attempts at conservation in the developed world.

Polomny juxtaposed per capita oil-use charts comparing the US and Chinese markets showing the dramatic increase in China while the US has flattened and is declining. He also discussed world demand and a cautionary note issued by the military. 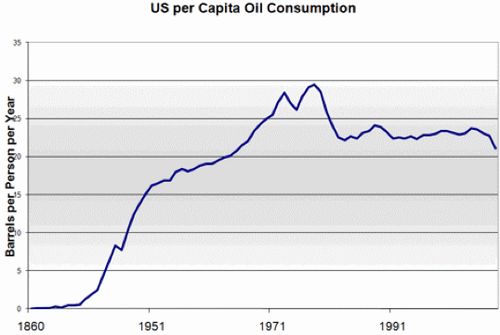 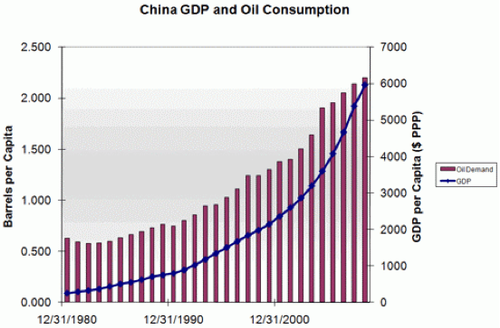 Polomny said that while China’s per capita growth may not reach the 25-barrel level per person per year in the US, it certainly could reach levels posted in Japan or South Korea which are between 14 and 16 barrels.

He tempered his argument, however, by saying that it is impossible to reach those levels given current production capacity. Even so, he cited demand from Vietnam, Middle East, sub-Saharan Africa and South America as exacerbating the coming rising cost of fuel.

“What I am illustrating is that we know from the past history of industrialising countries that oil consumption must increase as a country industrialises and urbanises,” he wrote in Seeking Alpha. “We know the number of people in these countries so we can say without a doubt that oil demand will increase. We also know for a fact that oil discovery and reserve growth around the world is stalling.” 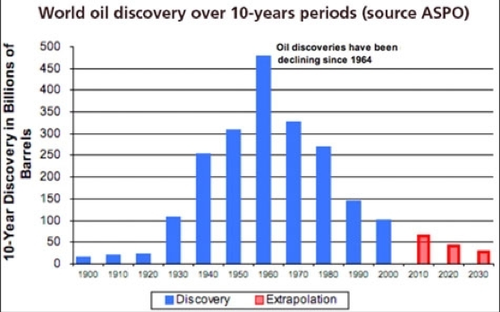 He cited a recent military report concluding that a resource-constrained world would increase conflict. “To meet even the conservative growth rates posited in the economics section, global energy production would need to rise by 1.3% per year,” according to the Joint Forces Command, estimating future demand at 118 million barrels per day. “By the 2030s, demand is estimated to be nearly 50% greater than today. To meet that demand, even assuming more effective conservation measures, the world would need to add roughly the equivalent of Saudi Arabia’s current energy production every seven years."

That makes efforts to create fuel from non-petroleum sources more critical. But for the immediate future, Boyd suggests the industry is in the eye of the storm. “US airline industry is in excellent shape to address any moderate deepening of the recession,” he said. “Most carriers have capacity they can pull out of the system, along with most of the attendant costs. The comprehensive network carriers - American, United and Delta - are in the strongest position, with world-wide traffic flows, and the emerging strength of their global alliances. The name of the game is strength of revenue streams - everything else depends on that one factor.”

While airlines remain in recovery, the Cambridge Energy Research Associates are predicting crude output will hit a plateau over the next five years. The group also said it is likely to cease by 2015 in favour of lighter liquids which will help chemical producers as traditional crude sources become harder to find.

The outcome will exacerbate the rising demand expected from the developing world. Every dollar increase in a barrel costs the industry USD500 million