The UK budget and the decision to freeze the Air Passenger Duty for 12 months has not done UK airline stocks any favours, with shares in flybe, IAG, Thomas Cook and easyJet all down yesterday. The government has set aside proposals that the duty be replaced with a per plane duty and has delayed the planned increase in the APD for a year.

easyJet called for a tax to be imposed on transfer passengers and accused the government of going back on its pledge to make APD "fairer and greener". easyJet is in favour of the per plane tax. Ryanair criticised plans to boost economic activity in the UK by reducing corporations tax without scrapping "unjustified and unfair tourist taxes". The LCC stated the budget "proves that yet another UK government has no tourism policy".

airberlin and GECAS announced an agreement for the financing of 12 new aircraft covering five A320s, three A321s and four B737-800s, all equipped with CFM engines. The sale-and-lease-back transaction is covering deliveries due in the first three quarters of 2012. 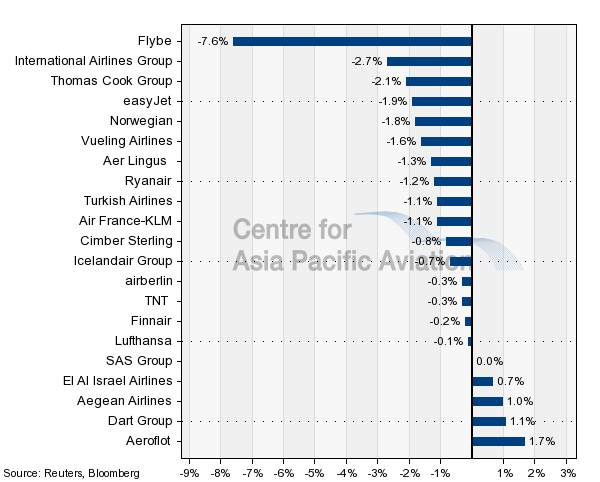