Travel taxes under scrutiny as travellers change plans to avoid them

The US Travel Association is advancing its attack on high travel taxes, having found that half of all travellers change plans in order to avoid them. 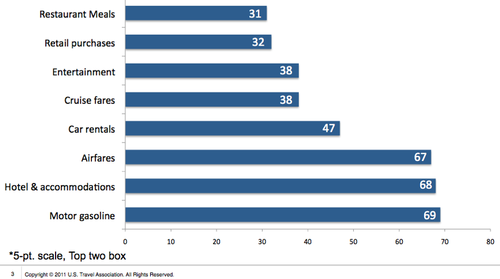 For its part, the US airline industry seems to have given up on lowering taxes, instead its message to Washington is to do no more harm. Still, airline executives continue to complain, including US Airways Chair Doug Parker who noted airline tickets are taxed higher than most items such as alcohol and cigarettes which are known as 'sin taxes'.

Travel taxes have significant* influence on your trip decisions? 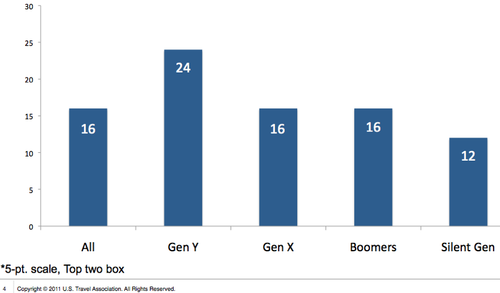 The issue was raised last week as Emirates addressed complaints against its rapid development. The airline's Senior VP Public, International and Industry Affairs, Andrew Parker, noted that Western governments' propensity to tax is something the UAE does not understand.

Mr Parker brought the issue into high relief last week at the Phoenix Aviation Symposium when he suggested that, instead of complaining about the new powerful competition from the Middle East, European and US airlines should use Gulf airlines as examples of what can be accomplished by not burdening the airlines with heavy taxes which distort airline costs, as is regularly done in Europe, Canada and the US.

“Our government is very pro aviation,” Mr Parker said. “When you look at Europe and the APD (UK's Air Passenger Duty) and the ticket taxes in the UK and Germany, the Canadian charges, for us it is extraordinary. We will be a threat as long as government policies continue to harm carriers.”

His sentiments definitely play into the Obama Administration’s mantra about making US companies more competitive, but there are few who are willing to hold their breath waiting for tax relief to happen. About 20% of every air ticket goes to government/airport taxes and fees.

Source: Air Transport Association
1.a) Applies only to domestic transport or to journeys to Canada or Mexico within 225 miles of the U.S. border (b) Applies only to flights within the 50 states Both a and b are prorated on journeys between the mainland United States and Alaska/Hawaii
2. Applies to the sale, to third parties, of the right to award frequent flyer miles
3. Does not apply to those transiting the United States between two foreign points; $8.20 on flights between the mainland United States and Alaska/Hawaii
4. Congress created the Leaking Underground Storage Tank (LUST) Trust Fund in 1986 to 1) provide money for overseeing and enforcing corrective action taken by a responsible party, who is the owner or operator of the leaking UST and 2) provide money for cleanups at UST sites where the owner or operator is unknown, unwilling, or unable to respond, or which require emergency action
5. Funds TSA at up to $5 per one-way trip and $10 per round trip since 2/1/02; suspended 6/1/03-9/30/03
6. Aviation Security Infrastructure Fee; funds TSA since 2/18/02; suspended 6/1/03-9/30/03
7. Funds agricultural quarantine and inspection services conducted by CBP (previously by the U.S. Animal and Plant Health Inspection Service) per 7 CFR 354; APHIS continues to perform certain Agricultural Quarantine Inspection (AQI)-related functions that are funded by user fee collections
8. Funds inspections by U.S. Customs and Border Protection; passengers arriving from Canada, Mexico, U.S. territories and possessions, and adjacent islands are exempt; also see CBP cargo security site
9. The majority of the collections fund inspections by U.S. Customs and Border Protection and a smaller portion of the collections fund certain activities performed by U.S. Immigration and Customs Enforcement that are related to air and sea passenger inspections

Of higher interest is the US Travel Association’s recent launch of a price elasticity project to get a better fix on price sensitivity and the impact of taxes and fees on demand. That will be especially interesting given the trend toward rising air fares.

"Government leaders are understandably facing difficult budget decisions," said USTA CEO Roger Dow. "But too often they are setting travel tax policy without a full understanding of how taxes affect travel demand and impact their local economies. The Travel Tax Institute will equip policymakers and industry leaders with the tools they need to make informed decisions."

The US Travel Association has taken up the consumer advocate role, rolling out the conclusions of the first study issued by its newly formed Travel Tax Institute, which it describes as “the nation's preeminent centre of research and expertise on rising travel taxes at the city, county and state levels.”

"Travelers are often considered an easy tax target, but few public officials understand how rising travel taxes influence consumer behavior and impact the economy," said Mr Dow, "We believe it's important that political leaders see travelers not just as ‘out-of-towners,' but as key supporters of local jobs, businesses and development."

The initial study for the Institute showed the impact between taxation, planning and spending decision. Findings suggest that high taxes do impact travel planning with 49% of travelers having already altered their plans by either staying at a less expensive hotel or generally spending less on shopping, restaurants and entertainment. They also plan vacations around the off-season whenever possible.

Sixty eight percent said hotel taxes where either high or very high and the study found 66% thought the same about air fares. Some 64% indicated that rental car tax rate is “much more than expected compared to other travel taxes while 65% expect travel taxes will continue to rise.

Clearly, the respondents were part of the travel industry, given the sophistication of their responses. Indeed 60% thought any taxes on travel should be poured back into infrastructure while 49% thought it okay to tax to fund travel and tourism marketing.”

In addition to surveying consumer attitudes, the Travel Tax Institute is creating a comprehensive database to track travel taxes in 50 US destinations – from taxes on airfare and lodging to rental cars and restaurants. The database will also track the uses of these tax revenues, such as funding of destination marketing programs or contributions to the general fund.

The study and USTA’s future efforts may give new life to tax reduction efforts. However, the study did not quantify how much would be lost to federal, state and local governments for reducing taxes, nor did it say how much they might gain. That must be a key component of future studies.