TAM and GOL rally as US dollar weakens

North and South American airline stocks slid lower on Thursday (14-Oct-2010) after the Dow ended trading flat. Markets were down on concerns over banks’ foreclosure practices

South American markets meanwhile ended the day slightly lower. Brazil’s Bovespa ended trading flat, echoing the US market. This was despite Brazil's National Statistics Agency stating the country’s retail sales rose more than expected in Aug-2010, fueled by record low unemployment and credit expansion. In the month the retail trade of the country recorded a growth of 2.0% in the volume of sales in relation to the previous month, considering the seasonally adjusted series. The nominal revenue, in turn, increased by 1.6%. With such figures, the sector completes four consecutive months of positive rates in volume of sales and eight months in nominal revenue. 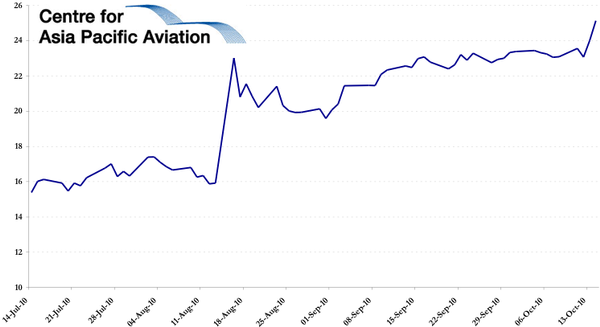 However, TAM’s bonds have been lagging behind the performance of other debt sales. The bonds had been performing well since the announcement of TAM’s plans to merge with LAN Airlines, but the performance has slowed. The 9.5% dollar bonds, due in 2020 have returned only 1.5% in the past month, according to Bloomberg. Brazilian corporate notes have meanwhile advanced 3% over the same period. TAM is rated ‘B+’ by Standard & Poor’s and Fitch Ratings.

GOL (-0.9%) meanwhile slipped for the day. Investors are finding GOL and TAM stocks enticing as their profit margins widen amid the falling US Dollar. Credit Suisse analyst Luiz Otavio Campos stated it expects the strong performance of the Brazilian Real to have a “stong favourable impact on costs, which coupled with strong traffic and higher aircraft utilization should lead to better operating margins” for GOL. Approximately half of TAM and GOL’s operating costs and most of there revenues are denominated in the US Dollar. 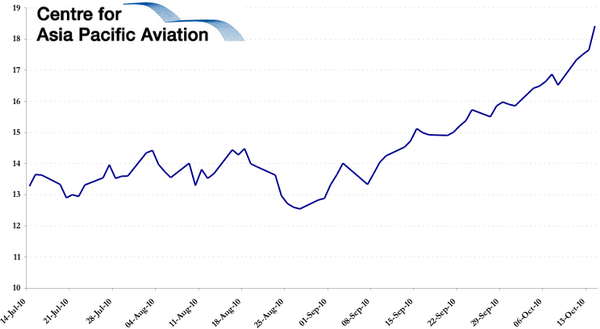 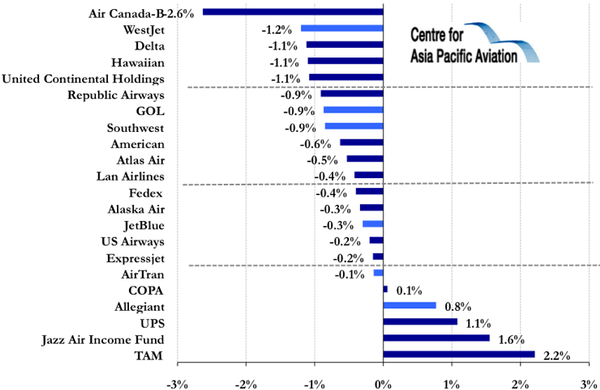