Singapore Airlines' full service regional subsidiary SilkAir has confirmed plans to launch Luang Prabang and Vientiane in Laos in late Oct-2016. SIA will become only the eighth foreign airline group to serve Laos, which has a small but fast-growing international market.

SilkAir’s new Singapore-Vientiane-Luang Prabang-Singapore circular route is strategically important for the SIA Group as Laos is the only Southeast Asian and ASEAN country not yet served by the group. AirAsia is now the only airline group serving all the 10 countries that make up ASEAN.

Enhancing regional connectivity is an important component of the new SIA Group strategy as it aims to differentiate itself from competitors and grow, despite intensifying competition. The group’s Southeast Asian network will exceed 40 destinations by the end of 2016. In 2016 SIA is also expanding its network in China and India, two other strategically important markets, to 23 and 15 destinations respectively.

CAPA first reported in Feb-2016 that SilkAir was planning to launch flights to Luang Prabang and Vientiane, as part of an analysis on rapid international growth at Luang Prabang Airport. The number of foreign airlines serving Luang Prabang, a small resort town with huge potential, will more than double in 2016 as Malaysia’s AirAsia, Thai AirAsia, HK Express and SilkAir join the incumbents Bangkok Airways, Thai Airways and Vietnam Airlines.

Thai AirAsia launched services to Luang Prabang from Bangkok in late Mar-2016. SilkAir is poised to become the fifth foreign airline at Luang Prabang as AirAsia and HK Express have not yet set launch dates or begun ticket sales for their planned Kuala Lumpur-Luang Prabang and Hong Kong-Luang Prabang routes.

SIA will be the eighth foreign airline group serving Laos

With approximately 900 weekly seats, SIA will be the smallest of the eight foreign airline groups in the Laos market.

Lao Airlines is the largest airline in the Lao international market but is relatively small. Lao Airlines currently operates scheduled services to 13 international destinations – only three of which are served daily – and has been focusing expansion on China.

The anticipated launch of flights to Laos by SilkAir on a circle routing combining Singapore with Vientiane and Luang Prabang could make it difficult for Lao Airlines. SilkAir will particularly have an advantage in offering services beyond Singapore through its parent Singapore Airlines. The local Laos-Singapore market is very small and may not be able to support two airlines over the long run.

Lao Airlines has been working to add and strengthen existing interline partnerships, including with airlines serving Singapore. However, its very small size will make it challenging to compete with the SIA Group for long haul passengers.

SIA to focus on connections to Australia, Europe and North America

The SIA Group will particularly focus on providing connections from Laos to Australia, France, Germany, the UK and the US.

The US is the fifth largest source market for Laos while France is the sixth, the UK eighth, Australia ninth and Germany the tenth (based on Lao Tourism Development Department data for 2015). 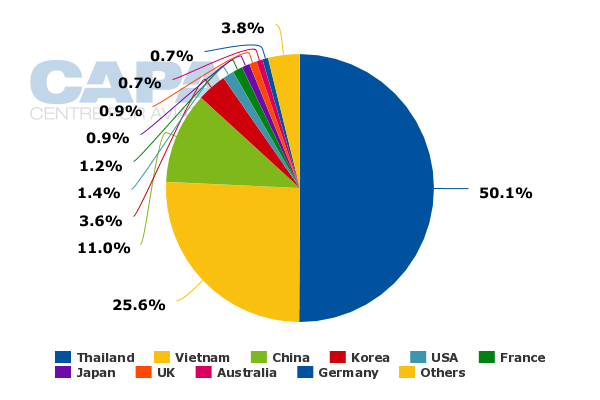 While Thailand and Vietnam are by far the largest source markets, only approximately 2% of Thai and Vietnamese residents enter Laos by air.

Australia, France, Germany, the UK and the US also accounted for 63,000 of international visitor arrivals at Vientiane Airport in 2015. This represents a smaller 16% of the total as Vientiane is the main gateway and bigger destination overall, particularly from China and South Korea. However, the number of visitors from Europe, North America and Australia should provide a sufficient base to attract a network airline such as SIA/SilkAir.

SIA serves all five of these markets, with multiple online destinations in four. SIA also serves Italy, the Netherlands and Switzerland – three relatively small European markets that also accounted for more visitors to Laos than Singapore in 2015.

Only 8,258 Singaporean residents visited Laos in 2015. There were 8,429 visitors from the Netherlands, and Europe overall accounted for 217,307 visitors. While Asia has been a faster-growing source market, the number of visitors from Europe has increased by 67% since 2009. Bangkok Airways and Thai Airways have been the main beneficiaries of this growth and SIA is clearly keen to capture its own piece of the Laos-Europe business. 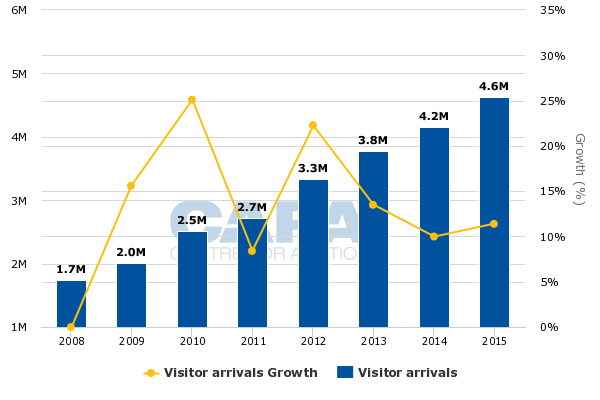 SilkAir and the SIA Group will obviously rely primarily on inbound traffic to support the new service to Vientiane and Luang Prabang. Combining the two destinations in a single flight, which SilkAir does for several of its smaller destinations in Southeast Asia, improves the economics of a route that would likely not be viable with just one of the destinations.

SilkAir does not have pick-up rights for the Vientiane-Luang Prabang sector; passengers wishing to visit both destinations will need to buy a separate flight on one of Laos’ two domestic airlines. (For its circle flights – without picking up local domestic passengers – SilkAir is able to sell a stopover in Phnom Penh or Siem Reap, combining its two Cambodian destinations, but has not been able to negotiate such an arrangement with Lao authorities.)

Laos is a small market but with significant potential as it starts to emerge as a popular leisure destination.

The government is now working to develop and promote tourism, recognising the financial impact if Laos – long known as a hidden gem of Asia – becomes less off the beaten path.

The SIA Group has an opportunity to get into Laos just as the growth starts to accelerate.

SilkAir will be keen to add capacity, with more frequencies and potentially a split of the two destinations, if its initial foray into the Lao market proves successful.