In Oct-2010, Teamsters Local 357 filed for single carrier status to integrate all Republic-owned airlines into one representative body.  The newly combined pilot group will come under one contract following contract amalgamation negotiations which will be initiated by Teamsters "at the appropriate time and after consultation and joint planning among the pilots of all Republic subsidiaries".

Other US airline shares were stronger as well, with Allegiant Air up 5.9% and US Airways up 5.3%. 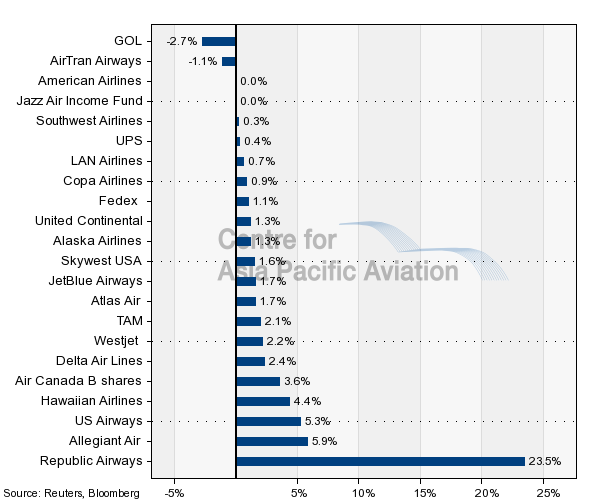