Japan Airlines (JAL) has reportedly deferred talks with Delta Air Lines and American Airlines over possible equity investments. This will allow JAL (and the government) to focus on developing a restructuring plan with a government-backed task force, according to the Kyodo newspaper.

The move, if confirmed, would suggest the heavily indebted and loss-making JAL has gained some reassurances the government will guarantee the carrier’s funding arrangements at least until the end of the current financial year.

For American Airlines – and the oneworld alliance its represents – the report, if confirmed, provides a welcome delay as a cold winter approaches, reducing the need for an imminent capital outlay, while continuing current alliance linkages.

For the cashed-up Delta, the move is a potential disappointment, as the SkyTeam Alliance has no partner in Japan and US-Japan bilateral open skies talks are still on track for conclusion by the end of 2009.

It is quite possible that the extraordinarily (by non-Japanese standards) complex network of JAL's subsidiaries and associated companies would actually create a nightmare for any sort of due diligence.

In this report, we review some of the features of Japan Airlines’ (JAL) operations that, if addressed by the restructure, could make it a more attractive acquisition target.

JAL Group’s unwieldy structure involves, at last count in its 2008/09 Annual Report, some 203 consolidated and non-consolidated subsidiaries and 83 affiliates. Created over many years, through acquisitions in the good times and via restructuring exercises in the past, JAL’s arcane subsidiary and affiliate structure has ensured continued employment for thousands of JAL workers. But it has also created a massive management burden and will be complex to unravel. 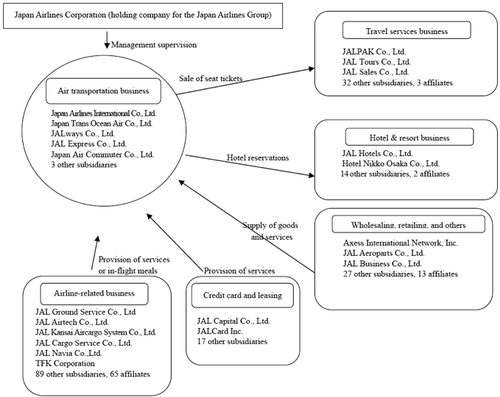 Japan Airlines alone has eight unions after a merger with Japan Air System in 2002. Not a large number by some standards (SAS has over 20), but these are powerful entities.

Pervasive influence even beyond aviation and support sectors

JAL’s influence and importance in the Japanese market extends beyond aviation, travel and support services, even into the crucial Japanese construction sector.

As part of the wholesale re-thinking on JAL taking place in Tokyo at present, Transport Minister Seiji Maehara suggested on 27-Sep-2009 that the special budgetary account for airport construction and maintenance be reviewed. This sacred cow account – a key driver of government stimulus for regional areas – is, according to Mr Maehara, one of the reasons Japan has continued to develop airports in areas where demand for air traffic is unsustainably low, with the flag carrier historically turned to for the provision of crucial air services.

This has exacerbated JAL’s poor operating performance (given it competes against heavily subsidised bullet train services and expressways) and cost base (with often high airport fees charged to help meet construction costs). Two of the world’s top ten most expensive major airports are found in Japan (Osaka at #4) and Tokyo at #10). The government's direct and indirect intervention into price controls seeks to ensure that its investment in road and rail is not unduly imbalanced. 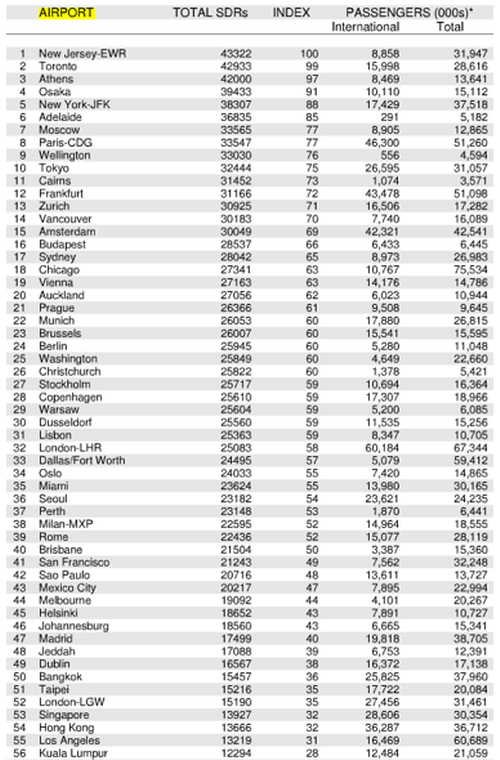 Prospective foreign investors would welcome a policy change on airport development in Japan that sees JAL flying uneconomic routes. But there are other major structural challenges in the domestic market that make JAL – in its current form – an unattractive proposition.

JAL’s high cost base is recouped in the form of high fares – and domestic air travelers effectively foot the bill. JAL and ANA are primarily domestic airlines, with JAL dedicating 78% of its production to that market. For ANA, traditionally stronger in the domestic sphere, it is even higher. Consequently, the yields provided on these domestic routes are key to ensuring viability.

Virtually absent in the market is a strong low cost presence that could radically restructure pricing, mainly because of a lack of slots at Tokyo Haneda Airport and very high costs of operating there. In a little over 12 months, Haneda Airport will open a new fourth runway, which will commence a process whereby an additional 45% of slots will eventually become available at the airport, creating a massive growth opportunity for new entrants.

Deferring the talks with Delta and American takes some of the heat out of the Tokyo slots decisions for the Japanese Government, while allowing JAL to implement more reforms in line with its aims of reducing costs by 30% over the next three years, to improve its competitiveness.

There are a few smaller domestic players, but the largest, Skymark, currently has a fleet of only 11 aircraft with three more on order. The smallest and only fully independent airline, Starflyer, operates only four A320s making its market impact almost invisible. There is also Air Do with a fleet of eight.

Only Skymark offers an English version of its website and all have very limited networks. Starflyer serves only two points from Tokyo, and has so far provided a limited threat.

Low cost operations in the Japanese domestic market have also been hampered by limited access to maintenance and ground handling alternatives. These features, and the market power of ANA and JAL, have made life very difficult for would-be entrants.

In a market with so few challengers, both JAL and ANA have been able to set and maintain fare levels that are inconceivable in most other domestic operations. For instance, an economy one between Tokyo and Osaka (three weeks ahead) on JAL’s own website was USD250 one way.

Reviewing other city pairs showed that, on almost any routing, Japanese consumers are paying an extremely high price for air travel, reflecting the bloated cost bases of their two major airlines.

Chart 1 shows three domestic sectors for travel on 14-Oct-2009. JAL and ANA are both displayed on aggregator sites, while Skymark fares are drawn from its website to facilitate comparison. To Osaka, both JAL and ANA offered various airport combinations that included Haneda and Narita in Tokyo and either Kansai or Itami in Osaka. Skymark’s five flights depart from Haneda and land in Kobe.

Chart 1 shows the fare results, as well as the resultant yield per mile. There are few economy routes around the world that yield USD1.02 per mile – especially ones as heavily traveled as Tokyo-Osaka. Even the Skymark yield, while much less, is still high by global standards. The Skymark fares quoted are the “normal” fares, though unlike JAL and ANA on aggregated sites, there were some discounted options on their web offer.

Chart 2 shows fares on routes within Europe and the US of similar stage length, again using one-way travel on 14-Oct-2009.

Source: Kayak.com
* One caveat. Fees, surcharges and other items that might be a part of the total cost of the journey are not reflected, so the gap, if checking luggage or booking a seat, might be somewhat reduced. Nonetheless, all but one of the EU/US per mile yields were less than the lowest Japanese option.

The comparison is stunning. On many routes in the US, including those displayed, the fares were virtually identical for all operators, the highest and lowest being the same amount. In Europe, the lowest fares were generally on the LCCs, Vueling and easyJet for instance, and the higher fares were on the network carriers. The highest fares column represents the maximum fare from those operators, but there were lower priced options if departure time was flexible.

JAL introduced a domestic First Class product in Dec-2007 – flying in the face of global practice, but at the time, apparently a sound strategy in the “different” Japanese market. The carrier, with vast domestic capacity at its disposal and low load factors by industry standards added the First Class segment initially on the Haneda-Osaka (Itami) segment. It is now available on all flights between Haneda and Itami airports, and between Haneda-Fukuoka and Haneda-Sapporo (Chitose).

Another unique feature of the Japanese market is the involvement of the government in retail price management, which has created a powerful position for travel wholesalers in Japan, such as JTB and KNT) that survive on the margins built into air fares. Up to 90% of all ticket sales in Japan are via the wholesaler/agency network. Direct ticket sales via airline websites and call centres are low in Japan, reflecting lower credit card penetration. The development of airline websites and direct selling in Japan is well behind global best practice where some overseas legacy airlines have 50% of their transactions on their airline websites.

Given the size and pervasiveness of JAL in Japan’s aviation and travel sector, its failure would be catastrophic both for the sector and the thousands of businesses whose interdependencies rest of JAL’s continued existence.

JAL’s stock gained in response to the soothing words, allowing its management to shelve talks with American Airlines and Delta until next year to focus on getting its house in order. Prospective foreign investors will be looking for clear signs that the airline’s extraordinarily complex and inefficient structure will be streamlined in JAL’s restructuring plan, to be revealed by the end of Oct-2009.

Regardless of just how the rescue/downsizing/division/liquidation of JAL comes out, the greatest threat to JAL’s future performance would be presented by further domestic liberalisation that might encourage new entrants, similar to that seen elsewhere across the world.

As the likelihood increases of both JAL and ANA estabishing low cost subsidiaries out of the current disequilibrium, it becomes very clear that 2010 is going to cause much more of an upheaval to Japan's aviation system than anyone had anticipated.