“Civilised” Aer Lingus seeks to differentiate itself from Ryanair

Aer Lingus, like many of its European legacy counterparts (including British Airways, Austrian, Lufthansa, Air France) is grappling with the question; ‘What to do with short-haul operations?’ For CEO, Christoph Mueller, the answer is; create a “civilised” airline based on a hybrid model.

Aer Lingus will no longer attempt to undercut rival (and shareholder) Ryanair and will offer enhanced services on the ground and in the air and better long-haul connections (via codeshare partners), in an attempt to differentiate it from its low cost rivals.

Mr Mueller stated, “the customer will decide where to position Aer Lingus on a particular flight…We offer the basics of transportation then [passengers] add what is needed, as opposed to a full-service carrier, where the extras are hard-wired.”

Specifically, Aer Lingus aims to offer faster check-in times, pre-paid meals and flights to the main city airports – a model used effectively in recent times by easyJet. British Airways is also grappling with merchandising parts of the service, as has been done with some success by carriers in the US. See related report: Ancillary revenues: Airlines to earn USD58 billion in 2010; CAPA to review Asia Pacific prospects

Aer Lingus also announced a franchise agreement with Aer Arann covering 12 routes. The flights will use Aer Arann ATR 72s branded as “Aer Lingus Regional”. Aer Lingus is now on the look out for an Asian partner to improve its coverage of the region.

For a full wrap of today's European airline news, subscribe to Europe Airline Daily. Give your team everything they need to know for less than EUR1 per employee per day. 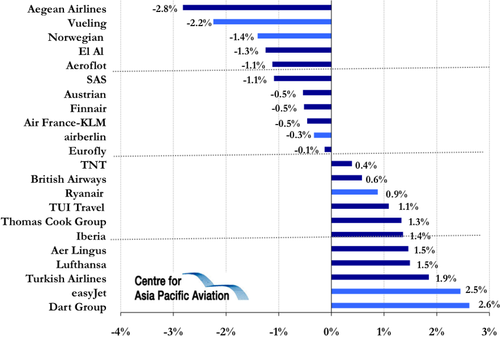