A sparkling vintage year for the aviation industry has thrown up many outstanding performances of great artistry.

CAPA is proud to announce its Aviation Red Carpet! Awards for 2009.

In light of the current economic headwinds, the Awards Dinner will be held in the first class cabins of any major airline you wish to choose, as there is now plenty of room for parties up there.

Read now and enjoy. Who knows who'll still be here this time next year, anyway? 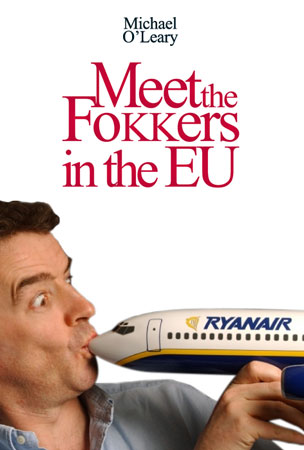 Michael has been consistently powerful in villain roles where he appears most at home. Although his performances are unsuitable for children or otherwise sensitive viewers - around 90% of the population - he continues to be a crowd pleaser. Despite his frequent contextual misuse of the former Dutch aircraft manufacturer's name, O'Leary actually pinpointed some real inconsistencies in the regulation and management of the European airline industry and had some wins in the past year. (O'Leary is already filming a sequel, Meet the Fokkers in the Irish Government, in which he reportedly extends his vocabulary even further.)

Argentina's President starred in this dark comedy, where she decided to become the owner of Aerolineas Argentinas for a "fair price" (ie not much), somewhat to the consternation of the people who had bought it previously and thought they owned it, Spain's Marsans. Airbus was also a bit concerned, as there are 61 aircraft orders at stake, including just a handful of A380s. A potboiler in the grand tradition of Argentinian film-making, which leaves many unanswered questions and continuing intrigue.

Sully, for his role in Down the River.

The award seriously has to go to this cool and collected hero, Captain Chesley "Sully" Sullenberger, who was able to support the successfully controlled flight of his unpowered aircraft into the icy Hudson River, saving the lives of 155 people. No more sequels are planned.

Because there just aren't enough women in this excessively boysy industry. Maybe it's time for a change. (Then at least we might not see any more ridiculous behaviour like hers.)

This heart-wrenching tale set in the near-slums of India's billionaires portrays their ups and downs as they rapidly turn their billions into millions. India's briefly booming industry hits the wall, with too many competitors and not enough airports. Endless sequels, each with melodramatic Bollywood scripts, are planned for this year and next.

The Curious Case of Benjamin Berlusconi

This charming Italian film speaks tenderly of the latter days of a geriatric dog as, entirely without the use of Botox, Benjamin painstakingly supports the animal through its death throes. Meanwhile, he becomes progressively younger, finally taking on a mean resemblance to Brad Pitt, as the French ambulances eventually appear over the horizon to cries of "viel Glück" from the onlooking crowd. This gut wrencher seems sure to be made for a sequel, perhaps with even more unhappy endings.

This inspired fragment offered a sparkling, but all-too-short flash of imagination. It was immaculate, from top level acting to a clandestine rendezvous in Hong Kong and the bathos of a failed romance between two childhood sweethearts. Part of an as yet unfinished trilogy comprising BA Meets AA and BA Flamenco.

Sir Stelios Haji Ioannou, for You'll Do It My Way

Sir Stelios' inspired directing interventions helped easyJet's management no end in the airline's bid to entrench itself as a fixture in Europe's airline network. Apart from brief interludes where he went on strike for higher dividends, Stelios has patently sealed his reputation as a director with a long term future, alongside easyJet (hopefully).

At the cutting edge for "sexist and shameful advertising", Spirit's Association of Flight Attendants' safety professionals are newly resplendent in aprons gilded with beer ads, right at the cutting edge of costume design inflight. Coming soon is Have One on Me.

(Also nominated: Japan's Skymark Airlines for Who Needs Pants, a glamorous and provocative feature which shows out-there innovation by introducing "polo shirts and windbreakers", for all flight and cabin crews to replace those boringly uniform outfits. These economical and edgy designs are part of cost-cutting measures.)

One of the more enthralling sagas of our generation, this variation on the Terminator series had everything: crowd scenes, delays, lost-baggage mountains, destruction of reputations, political intrigue and angry law suits. Planned sequel, Terminal 6, is rumoured also to contain sex scenes.

A special award this year for the outstanding debut performance by an amateur actress miming her disappointment at missing a flight at Hong Kong International Airport. Cathay Pacific Airways may have a good inflight product, but this Bollywood-type recital augurs well for China's budding film industry.

(c) CAPA, The Centre for Asia Pacific Aviation, is a world-leading
provider of aviation information and analysis - visit centreforaviation.com.