Shares in Air France-KLM were up 3.7%, while Lufthansa also performed well (+3.9%), as media reports suggest the carrier held talks with Virgin Atlantic regarding the possible sale of bmi or a merger between the two London-based carriers.

Another solution arising from talks with Virgin Atlantic includes the option to sell bmi’s London Heathrow slots to carriers including British Airways. A sale of bmi’s regional operations to rival airlines, such as Flybe, is also a possibility. British Airways' shares jumped 7.2% on Friday. 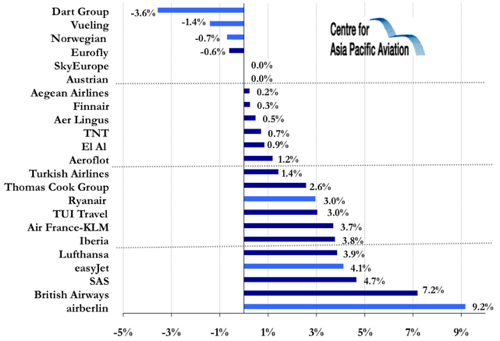