All Nippon Airways (ANA), the launch customer of the B787, has announced the first international routes for the much-anticipated aircraft: the Tokyo Haneda-Beijing and Tokyo Haneda-Frankfurt sectors. ANA’s international growth is largely built around the delivery of the B787 - an expansion agenda that has been frustrated by a series of delays to the new aircraft. ANA has labelled the B787 “a game-changing aircraft” marking a “new horizon for aviation and the company”.

ANA will introduce its B787 equipment initially as follows:

Operating from Tokyo Haneda, the B787 aircraft will expand the carrier’s network for its existing 76 destinations. As soon as the first one is operational, things will move quickly. Twelve B787s – two a month – are due for delivery by Mar-2012, to be followed by eight B787s in the following year. ANA, the launch customer for the aircraft, has ordered 55 of the type for deployment on both domestic and international routes. 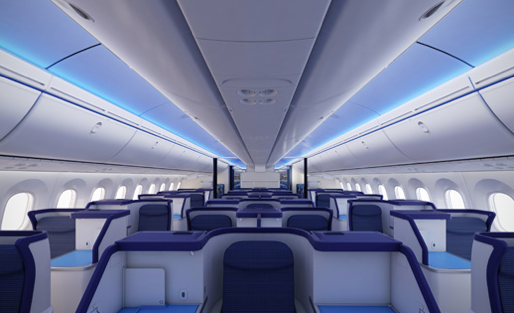 Coinciding with the B787 deliveries, ANA is also taking advantage of the increased number of slots at Tokyo Haneda it believes will further enhance its competitiveness and provide the opportunity to regain international travellers from its Asian rivals.

Tokyo Haneda Airport is ANA’s “biggest source of revenue”, having undergone a once-in-a-generation expansion in 2010 as a new fourth runway opened for the winter 2010/11 schedule. The result was a massive increase in the number of available slots, notably for international long-haul services, where previously the airport had been limited to domestic operations. The newly available capacity at Haneda, as well as at Narita, along with JAL’s downsizing, conveniently made expansion and new entry possible for ANA. A further increase in runway slots is planned in the medium term, representing an opportunity for ANA group to expand operations in what is becoming an intensely competitive business environment.

The carrier has separately announced its revised flight schedule for 2HFY2011. ANA noted that although demand for air travel was severely affected by the Great East Japan Earthquake, it is now recovering gradually.

Upon the release of the carrier’s financial results in late Jul-2011, ANA noted that traffic "bottomed out" in the second half of Apr-2011 and business demand for both domestic and international services is rebounding. ANA Senior Vice President Eiji Kanazawa, noted that Japanese aviation "remains in a severe condition, though a recovery can be seen in some parts". He added although despite the gradual recovery, “our view is that it will take until the end of this fiscal year for demand to return to the pre-disaster levels."

The second half network changes will involve the launch of a number of new domestic and international routes and the introduction of larger aircraft and increased frequencies on some city pairs. On a number of domestic routes, frequencies will be decreased to reflect demand. Details, in addition to the separate B787 network announcement, are as follows: 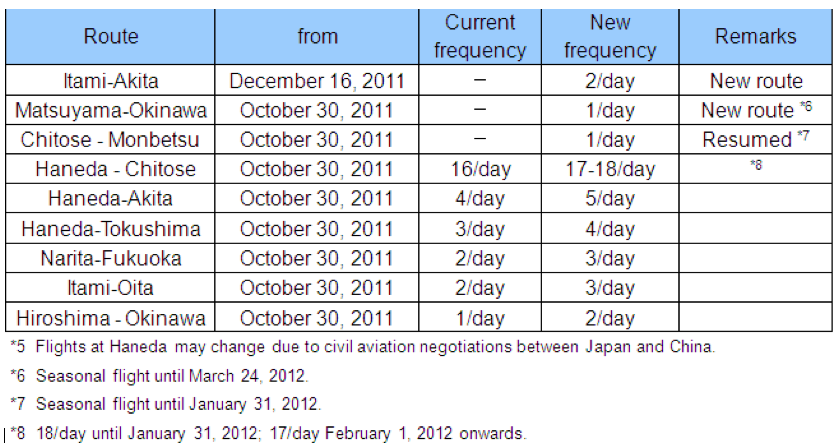 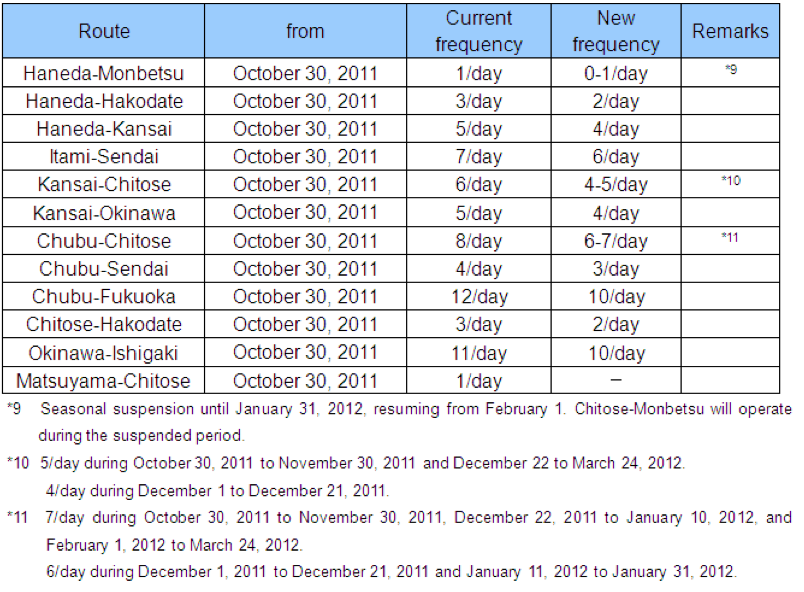