All Nippon Airways’ (ANA) shares dropped back 1.1% yesterday, despite the company confirming it would not alter its earnings outlook in the wake of the swine flu outbreak. The carrier confirmed it had experienced around 150 cancellations per day due to the outbreak (between 27-May-09 and 18-May-09). The regions affected are mostly North America, Europe and China.

The number of swine flu cases in Japan has surged to 210, according to the WHO.

ANA spokesman, Rob Henderson, told Japan Today, “it’s not so much that the cancellations are huge, but [forward] reservations are dropping”. He added, “we’re hoping [the flu problem] won’t go as far as the Summer”. ANA president Shinichiro Ito told Bloomberg, “rather than the flu, we're more concerned about the economic outlook...but a series of government-led economic stimulus plans should mean the Japanese economy will start showing signs of recovery from around autumn."

Japan Airlines stated it has noticed an increase in international passenger cancellations, but are not giving out any figures. Its shares rose 0.5% yesterday 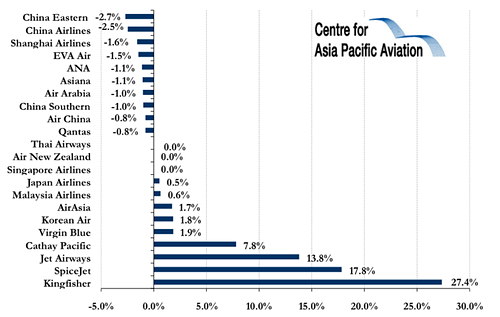