Canadian carriers Air Canada (+1.8%) and WestJet (+1.6%) stocks ended Monday (06-Dec-2010) higher in a day of mixed results for North and South American airline stocks. The carriers were up on improved traffic results for Nov-2010. 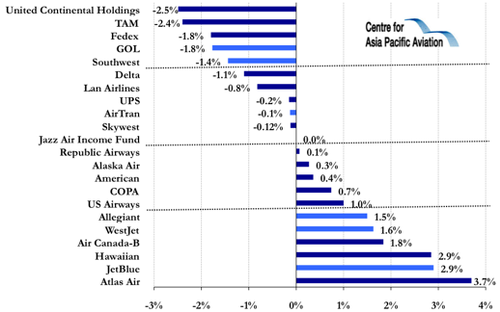