Air Arabia (-1%) CEO Adel Ali stated he expects the airline to grow by 7% to 8% in the UAE over the next two years, and growth of 30% at its new hubs in Egypt and Morocco. Mr Ali stated the airline’s aim to operate multiple hubs is to connect the Middle East region in one service, through one airline. 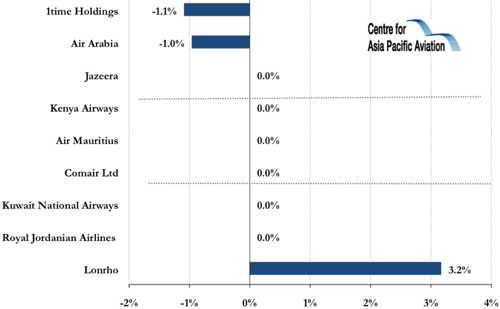