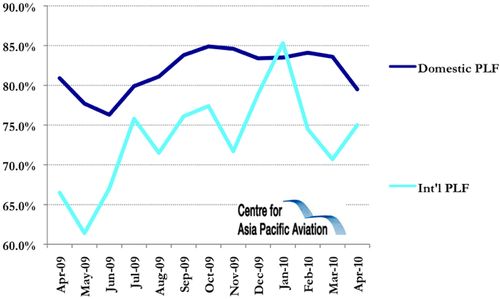 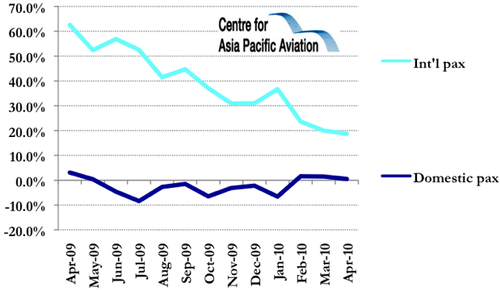 Goldman Sachs JB Were (GSJBW) maintained its ‘Hold’ rating on the stock, noting it is “difficult to draw any firm conclusions on operating performance, given VBA does not disclose monthly yield data”.

GSJBW stated, “we understand this is being driven by increased intensity of competition among the domestic carriers in recent months on the back of significant capacity increases announced by Qantas mainline, Jetstar and Virgin Blue in the 2H FY10”.

Continental is the first airline in the world to formally announce specific, initial route plans for its Boeing 787 fleet. The airline has firm orders for 25 Dreamliners, with deliveries to commence in Aug-2011. The aircraft will have 228 seats, including 36 new flat-bed BusinessFirst seats.

Continental Airlines, a Star Alliance member and in the process of merging with United Airlines, plans to deploy B787 equipment to Auckland, New Zealand from 16-Nov-2011. It is a new route for the carrier and one which promises to open up a range of new connection opportunities for travellers between North America and New Zealand/Australia via the airline's well-located Houston hub in Texas.

Jeff Smisek, Continental's Chairman, President and CEO, stated, the Houston hub “has ongoing growth opportunities because it has a strategic location, space for expansion, support from the community and an excellent team of Continental co-workers who deliver our clean, safe and reliable service”. It will challenge Los Angeles (and to a lesser extent San Francisco and Vancouver) which has been the dominant entry point to North America for passengers from the South Pacific region and vice-versa.

Houston Airport System spokeman, Mario Diaz, stated, “this new flight between Houston and Auckland shows how the Dreamliner will create new opportunities to connect global markets that currently are not being served". 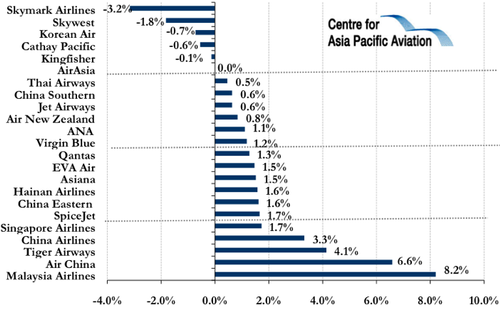