Virgin Blue’s shares plummeted 28% on Friday after releasing its second profit warning in a month (but regained over 6% in early trade today), while Qantas gained 1.2%, with a further increase during today's morning trading.

Australia's Skywest Airlines (+7.4%), which last week had its monopoly of a number of air routes extended for nearly a year, was Friday's best performer. 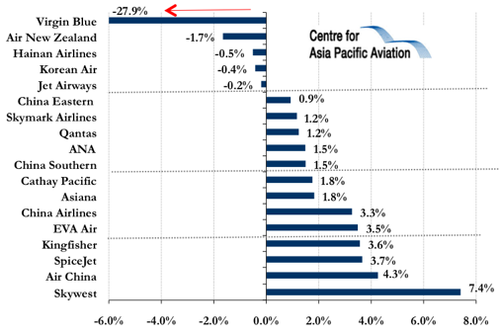 *Markets were closed in Singapore, Malaysia and Thailand on 28-May-2010 for a public holiday