US Airways: One last big deal for US airline consolidation

US Airways CEO Doug Parker observed that he sees “one big deal left” as a merger prospect in the US and that it would involve his carrier. Mr Parker stated that if one of the big three carriers – United Continental, Delta Air Lines or American Airlines – wanted to make a deal, US Airways is the last major carrier left. Mr Parker wants his company to be well positioned should the merger opportunity arise, however believes US Airways could also continue as a stand-alone.

US airline stocks mostly closed lower, led by Republic Airways, which fell 3% and United Continental, which was 2.4% lower.

Air Canada stated it has been encouraged by advance bookings in all sectors, including the Atlantic and Pacific. The market has been absorbing the fare increases and surcharges implemented due to higher fuel costs. It expects EBITDAR levels for the1H2011 to be approximately at the same level as 1H2010. 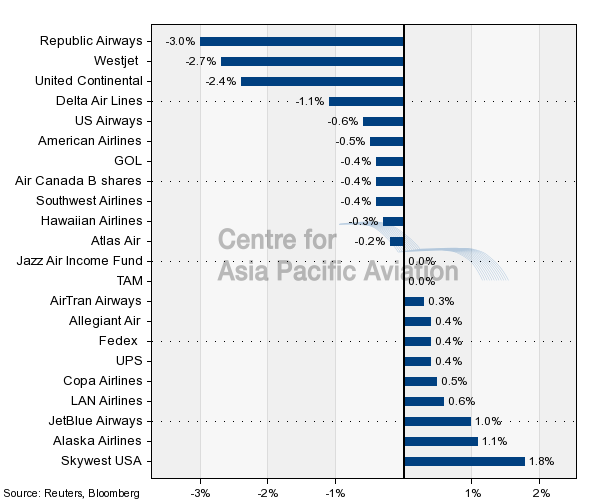