UK and Irish airline stocks down

Shares in carriers based in the UK and Ireland were down yesterday, with Irish carrier Aer Lingus the hardest hit, losing 5.6%. The carrier reported that its industrial dispute with pilots earlier this year severely affected Feb-2011 traffic. easyJet, Dart Group and Thomas Cook Group were all down, as were Ryanair and Flybe.

Icelandair Group reported the following traffic highlights for its Icelandair and Air Iceland subsidiaries in Feb-2011:

Ryanair testified the Competition Appeal Tribunal that UK Office of Fair Trading waited too long to commence a probe of its minority stake in Aer Lingus Group. Ryanair stated the Office of Fair Trading behaved “erratically” and without transparency by deciding to investigate Ryanair’s 30% holding in its rival four years after the share purchase was completed. 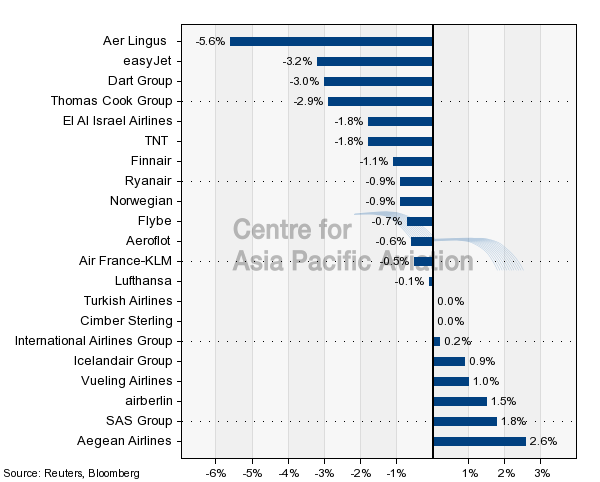