Spirit Airlines gets lift from analysts

Dahlman Rose and Barclays have initiated coverage of Spirit Airlines, with an appropriate stock symbol of SAVE, after it went public recently with bullish recommendations on the ultra-low-cost carrier (ULCC) and expectations that its stock will hit USD18 per share. It is also attracting the attention of the business press with CEO Ben Baldanza appearing on numerous business television shows and Barclays calling it the most profitable airline in the US and the world. 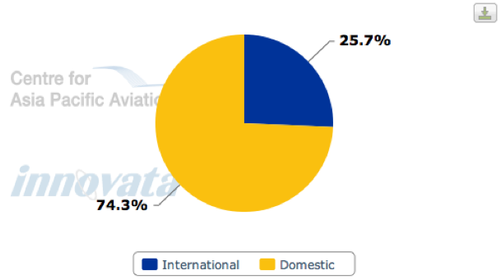 Analysts praised the carrier’s rock-bottom marketing costs designed to go viral, according to Dahlman Rose analyst Helane Becker who produced a research note recommending the stock last week. It uses pop culture in edgy ads to satirise events such as the BP oil spill and the Tiger Woods and Representative Anthony Weiner sexual scandals. As with its role model Ryanair, its philosophy seems to be there is no such thing as bad press as long as it raises visibility!

While its major competitor in its sweet spot -- South Florida-Caribbean-South America -- is American, both Becker and Barclays Capital noted the carrier was, in fact, stealing share from the legacy brand which serves Spirit’s sweet spot. They believe Spirit’s business model will take leisure traffic away from American. About 57% of Spirit’s Fort Lauderdale capacity competes with American capacity at Miami with another 4% overlapping beyond the South Florida markets, according to Barclays. For origin-and-destination traffic, AMR remains the largest competitor although the competitive impact from other carriers is greater than that from American.

In addition, it has targeted key business markets out of Chicago including Boston, Dallas-Fort Worth, Los Angeles, Detroit, Orlando and LaGuardia. It is also expanding in the Las Vegas-West markets to Oakland, Portland and San Diego challenging Southwest with its seven-cent higher costs. The new Chicago service is interesting, since, for other LCCs, recent growth has all been in business market and, indeed, both Barclays and Dahlman rose suggest Spirit may following suit in these markets. However, business travel remains a small portion of Spirit’s business and its ambitious growth plans.

“With business travelers beginning to reassess how and on whom to travel, given high ticket prices, we believe Spirit may benefit from an increase in full-fare travelers to these new markets, with its ultra-low-cost model,” said Ms Becker, who noted June stats show a softening in demand for legacies in favor of low-cost carriers. Even so, it does not market to corporate accounts but instead raises its visibility with its unique ads to capture business travelers who are seeking a better bargain.

Indeed, Chief Marketing Officer Barry Biffle clarified that move to grow its Chicago footprint is not really a pitch for the business traveler but an effort to steal leisure away from competitors. He explains the airline targets high-cost markets where it can be a price leader and where it can still retain an efficient operation. O’Hare was chosen because most of the passengers come from north and west of the city. Mr Biffle noted that fare costs out of Chicago are getting higher, making Spirit more affordable for the leisure passengers and Visiting Friends and Relatives (VFR) traffic.

It also expects to stimulate and steal traffic at Las Vegas, where Allegiant’s has proven the ULCC business model. Not counting convention business, leisure is the major reason for travel there. It also represents a seasonal balancing for Spirit in the fall when Florida traffic falls off and hurricanes roar through the state, making the Las Vegas convention business important.

He also discussed the carrier’s “nothing-is-free” model, especially in charging for carry ons. CEO Ben Baldanza testified before Congress saying it was a move to streamline the boarding and deplaning processes. Mr Biffle reiterated that reason, adding it creates a better customer experience when the boarding process is not so crammed with people trying to find bin space and delaying departure because bags need to be gate-checked. Indeed, this policy can be credited with at least some of its higher utilization since Spirit now has a seven-minute turn time, even at LaGuardia.

Both Dahlman Rose and Barclays cited the company’s ability to raise revenues despite the fact its base fare may fall. Ms Becker pointing to a base fare of USD82.30 at the end of the first quarter but noted that it earned an additional USD42.62 in ancillary fees. Both were up from the USD71.62 and USD41.75 posted in the 4Q-2010, respectively. But she expects the base fares will drop to the mid-70s while ancillaries will rise to USD47 by the fourth quarter for a total fare in the USD120 range. 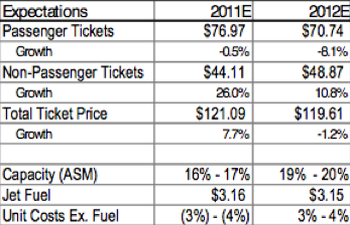 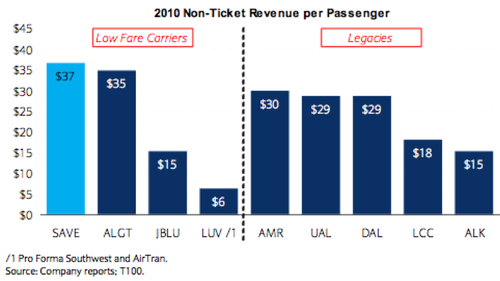 SAVE Capacity and RASM Projections 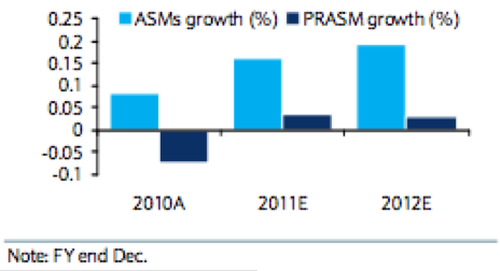 It plans to grow capacity this year and next by 16-17% and 19-20%, respectively, from higher utilization, already the best in the industry, additional frequency, expansion and additional aircraft. Aircraft acquisition will nearly double its fleet from the 26 A319s, seven A320s and two A321s to a fleet of 68 aircraft by 2015 given its order book which includes 13 additional A319s and 20 A320s. Ms Becker noted that it has the right to convert the A319 orders to A320s. Both analysts noted the higher configuration -- the highest of any airline in the world, said Barclays --  with 145 seats on the A319s, 15 more than industry average and 178 on its A320s compared to the 145 on most other A320s. Its A321s have 218 seats, 28 more than industry average. 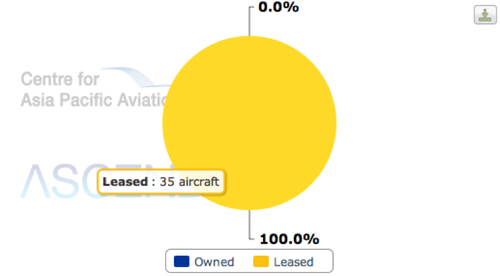 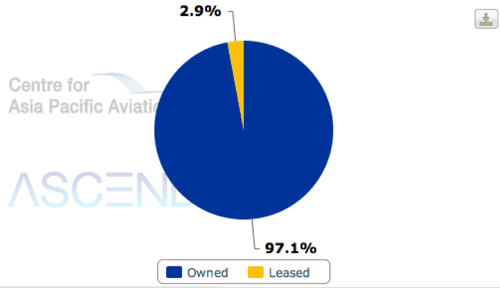 Revenue per Aircraft Day Surpasses Any Other LFC 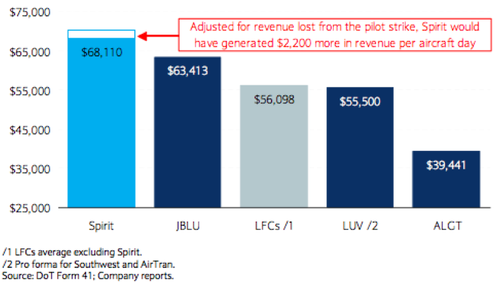 Between the higher density and higher utilization, Spirit has among the lowest unit costs in the country at about 11% below its peers. 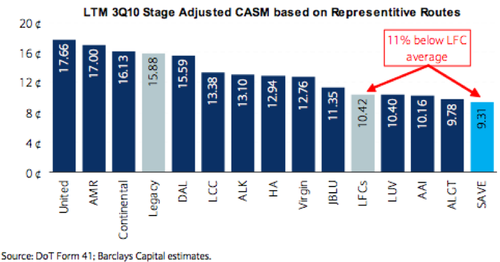 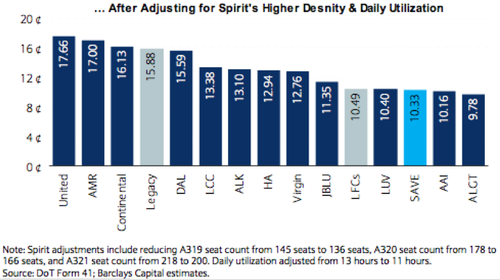 Ms Becker has far lower costs than Barclays and shows Spirit is bested only by Allegiant. 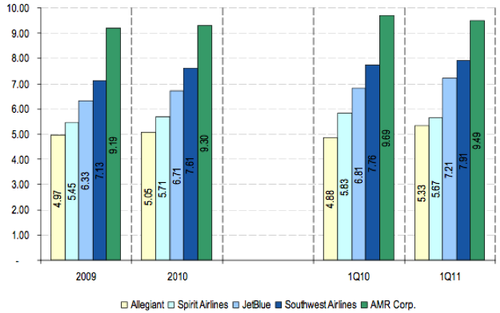 Despite the revenue pressure coming from its utilization and density its revenues mirror its peers, according to Barclays.

After Adjusting for the Pilot Strike, Spirit’s TRASM Is Within ~6% of Other LFCs 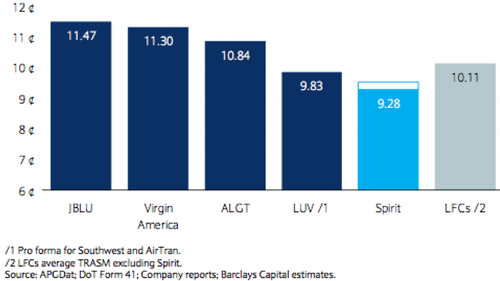 The company -- which over-estimated its IPO strength earning only USD171 million after fees and expenses, of the projected USD300 million -- is groing at a fast pace and analysts are most excited about the potential for ancillary revenues since its trades extremely low fares for higher ancillaries including a charge for carry on baggage and printing a boarding pass at the airport.

While its IPO was disappointing, the results may have been greatly impacted by its timing during this year’s run up in fuel prices. While both analysts see fuel as a major vulnerability along with competition for Visiting Friends and Relative traffic, they pointed to the fact that is revenues have largely kept pace with rising fuel, offsetting most of the additional costs.

Dahlman Rose is projected second quarter revenue to come in at USD257.6 million, up from USD177.4 million in 2Q-2010 with a 33.7% increase in ancillary fees per passenger. Indeed, it indicated the company has not only been able to raise fares because of fuel volatility, it is in a better position to keep pace with rising fuel. 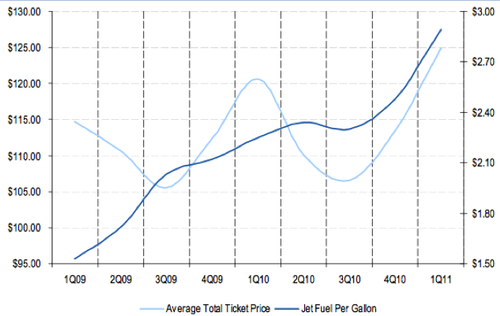 As with JetBlue, Spirit is targeting VFR traffic which Department of Commerce statistics show such traffic to be between 20-40% of passengers between the various Latin American regions to the US. Barclays noted this adding that this provides additional support for the company’s growth plans.

“In fact, our analysis shows that there are more than 40 US to Central and Latin American routes that Spirit doesn’t serve where the number of passengers per year between Spirit origins in the U.S. and those destinations exceeds 10,000,” said Barclays. 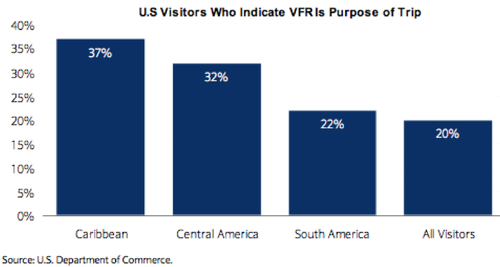 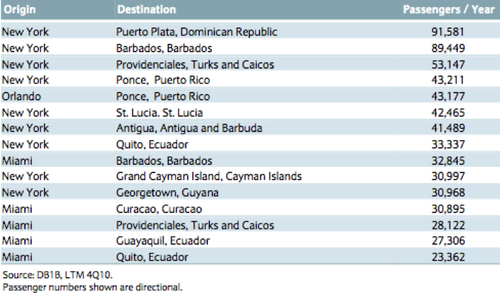 The analysts also noted that the majority (75%) of Spirit’s markets are profitable, besting both Southwest and JetBlue at this point in their development. They also cited the carrier’s profit diversity, suggesting that its success is scalable making its growth plans less risky. 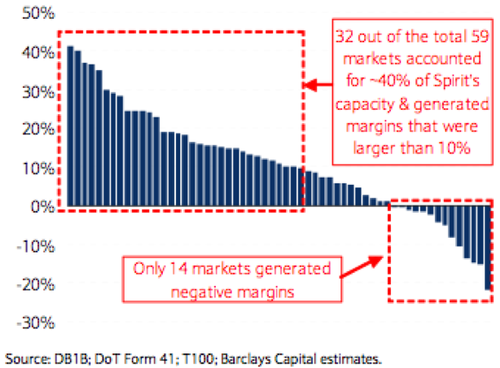 LTM 1Q11 EBITDAR and EBIT Margins Among the Best 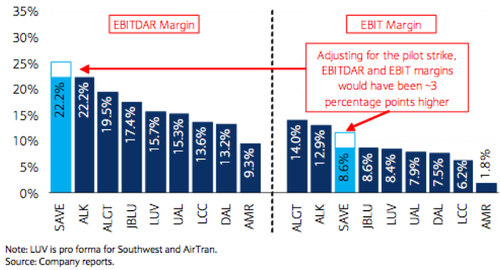 Barclays also believes the equity is undervalued compared to its peers despite its ability to generate “industry-leading” profits. The company is assuming an improving demand environment with expectations of RASM increasing three percentage points acceleration in its upside case but also produces a downside model suggesting a four-point RASM deceleration beyond its model with the price of the stock wavering from USD9-21 depending on the scenario. It is currently targeting a price of USD18 per share. On 1-July the price per share was USD12.40. 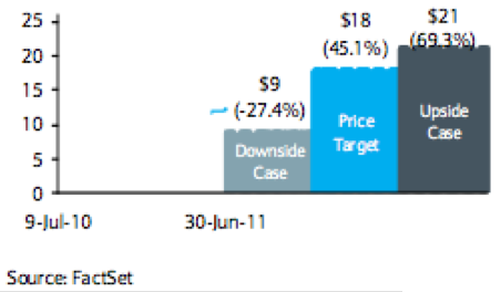 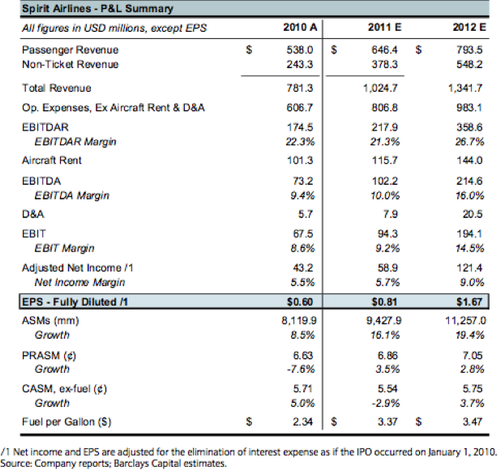 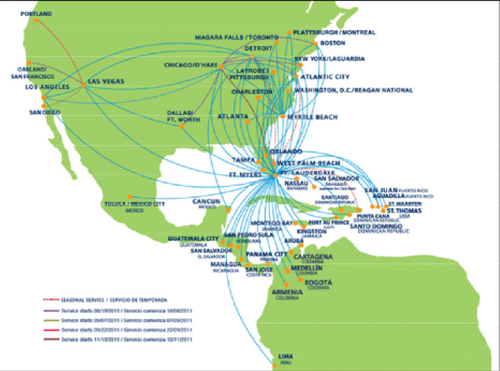