MAp (+3.3%) shares were on the rise on Friday (03-Sep-2010). Standard & Poor's announced plans to include MAp in its index of Australia’s 50 largest companies, replacing New Zealand’s Telecom Corp.

MAp’s market worth totals just under AUD6 billion, which means that when it is included in the index in the middle of Sep-2010, it will rank among the 30 largest companies in the index - larger even than one of its major customers, Qantas, which is worth AUD5.7 billion. 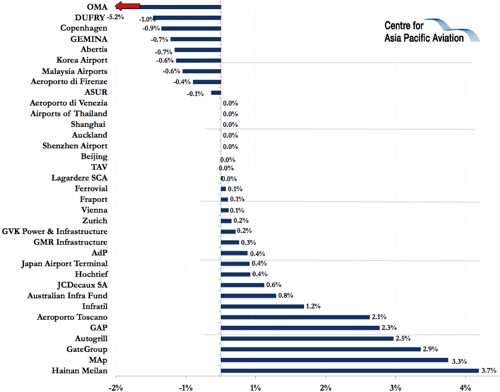