While western Europe remains in the doldrums, signs are more positive in the east and especially in Russia, where state-owned Aeroflot and competitor Transaero have in the past two years recorded growth rates in excess of 25%. The trend is continuing, and Aeroflot's latest long-haul destination – Miami – will see thrice-weekly A330-200 service commence 30-Oct-2012. Aeroflot competitor Transaero, which has a stronger leisure focus, already serves Miami, albeit with a twice weekly Boeing 777-200 service.

The greater south Florida area is not only a tourist area but also has a sizeable Russian population, giving the route a strong leisure market. The increasing wealth of Russians has translated to premium demand, and Transaero's 777-200s are in a four-class configuration while Aeroflot's A330-200s are in a two-class (business and economy) configuration.

Aeroflot's and Transaero's high growth has not been without a return. Aeroflot's 2011 net profit was up 1% to RUB10,400 million (EUR255.0 million) while Transaero's 2011 net profit increased 215% to RUB2820 million (EUR69.1 million). Transaero has a number of widebody aircraft on order, including A380, 747-8 and 787s, but is also exploring leasing additional used 777s. Local reports indicate Aeroflot also plans to increase its fleet, but primarily with narrowbody aircraft.

In short-haul markets, recent bilateral agreement revisions with European countries paved the way for Transaero to have a larger presence, although the Russian Government has flagged its intention to establish a commission to award international air rights in an effort to break up the effective duopoly between Aeroflot and Transaero.

Yet with few other contenders – S7 has been concentrating on its domestic and CIS network – Aeroflot and Transaero's growth should continue relatively unabated. 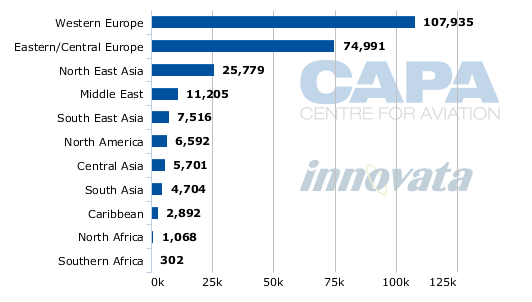 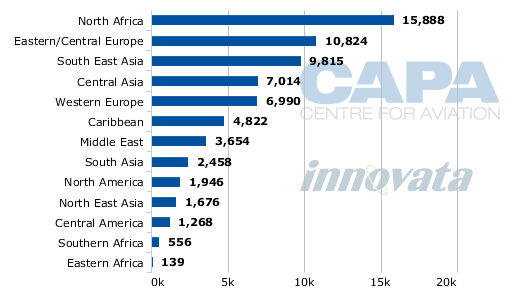