Rolls-Royce had been seeking up to USD3.7 billion in damages but had already been informed it was overstating the impact on its sales. and instructed to lower its damages estimate. Rolls stated it is “disappointed” by the ruling and will now consider its options. Pratt & Whitney welcomed the judgment and confirmed it would continue to defend itself if Rolls-Royce appealed.

Shares in Rolls-Royce were down 1.9% on Friday.

Meanwhile, Andrew Moss, the CEO of UK-based aerospace manufacturer Umeco has said he believes Airbus A350 programme will be able to avoid a repeat of Boeing's delay with the B787 programme, thanks to advances in composite plastics technology and production technique. Airbus has already slipped delivery of the first A350 from mid-2013 to late 2013 and cut the time allocated for the test flight programme from 15 to 12 months.

Umeco produces composites and tooling to Airbus and Boeing suppliers such as GKN Aerospace and Senior. Umeco will manufacture wing components and other secondary structures for the A350. It produces wing and fuselage parts, ducting and overhead lockers for the B787. 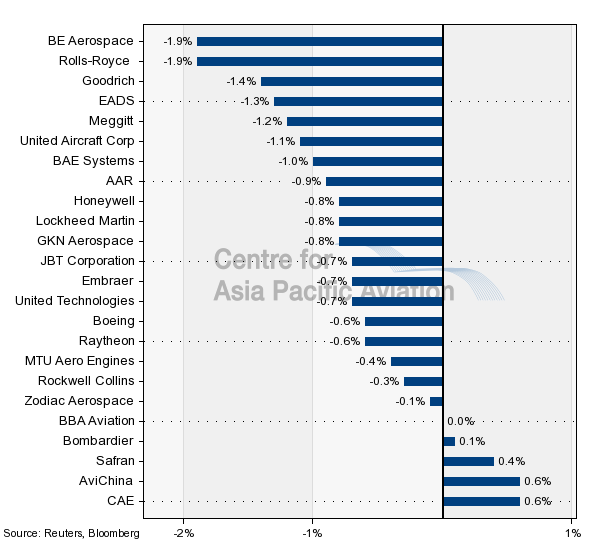