Revolutionary changes will drive next aircraft decisions, betting is on all-new Boeing

Three things are prompting a revolutionary change in the aircraft industry, according to AVITAS Senior Vice President Adam Pilarski, who kicked off the International Society of Transport Aircraft Traders conference in Scottsdale, Arizona. He cited the Bombardier CSeries aircraft and Pratt & Whitney’s PurePower engine along with the emergence of new competitors as forces of change to the balance of power.

Mr Pilarski also disagreed with the Airbus neo decision. “Half a year ago, Boeing gave a presentation saying Airbus would be nuts to do a re-engining programme,” he said. “Now we know what it will look like and it has several disadvantages including higher weight and the 15% cost advantage would probably be more like 2% or even end up having a negative advantage.”

He predicted that it will add complexity, risk and have a higher USD6 million price and fragment the customer base. “The only positive is that it is a strategic move,” he quipped. “Strategy always wins over common sense. Strategic thinking will trump financial analysis any time.”

He suggested that the strategy may be to slow the CSeries. “If you are Boeing or Airbus, you can go to customers and say they have the same engine, so the same advantages but less risk for the same benefit,” he said.

However, one could almost hear Bombardier Aerospace President Gary Scott in the audience calculating the reply, one he has given many times before and one he would give just a few hours later. The short answer, he would say, is there is more to the CSeries than just the engine which constitutes only 50% of the equation. He echoed Mr Pilarski, noting the increased price tag of the neo over the A320, and said that only makes the CSeries proposition stronger. Indeed, he invited Boeing and Airbus to keep raising prices.

In response to questioning, he suggested this was a read-my-lips moment, saying Bombardier has no interest in stretching the CSeries beyond 150 seats because it doesn’t want to compete with Boeing and Airbus. It is perfectly happy given the expected 6700 units that makes up the potential 100 to 150-seat market.

Later in the day, the 1200 delegates were polled on the various aircraft programmes, assessing the potential success of aircraft based on whether or not they would finance them and how many they expect to be delivered.

They said the neo would affect A320 sales, with 60% saying they would be less or much less inclined to finance the A320 in the face of the neo, a result that was somewhat a surprise to panelist International Bureau of Aviation President Phil Seymour, who indicated he thought the audience was being pessimistic.

However, another panelist, Aviation Specialists Group President Fred Klein, said it reflected the fact that financiers do not like uncertainty and there is a ton of uncertainty surrounding that segment of the market. That includes Boeing’s response among other factors

However, AVITAS Vice President Asset Valuation Doug Kelly cited Mr Pilarski’s prediction that aircraft would still have a 25 to 30-year life span. However, he predicted that A320 sales will be significantly discounted the closer they come to the service entry of the neo.

“We may expect a steepening of the value depreciation curve the closer you get to the end of the production line but even those will last 25 to 30 years,” he said. “Airbus will have to discount at a great rate to sell those last production models.”

The vast majority of attendees believe Boeing’s response to the neo will be a new aircraft programme between 150 and 250 seats instead of a re-engined 737. Moderator Piper Jaffray, Managing Director Douglas Runte, indicated the 17% who voted for the re-engining programme had been absent when Boeing Commercial Airplanes CEO Jim Albaugh indicated just the opposite.

Earlier in the day, Mr Pilarski questioned the audience conclusion for a new aircraft for Boeing. He pointed to Boeing’s comments that it is biased toward an all-new aircraft and articles stating the 737 would be replaced by an all-new 797.

“It sounds as if Boeing has made up its mind,” he told delegates. “I believe Boeing will announce it is re-engining this year and it is related to the strategy argument I made. I would just say to Boeing if they do do it, it should be this year so I won’t lose a bet I have.”

He, too, cited polls that suggested that 34% of journalists believe Boeing will go for an all-new aircraft, while 19% say it will keep the current model. But, 48% think it will wait for a leap-frog technology.

“[Airbus president] John Leahy predicts Boeing will pursue a clean-sheet design and then abandon it like that did the supersonic aircraft,” he said. “The problem is, if you do a new aircraft, you will need composites and you will need other revolutionary technologies as yet unknown. Composites are not really scalable to a smaller aircraft. And we still have to wait for the lessons of the 787. In my opinion, there are no new technologies on the horizon and we are not there yet with the open rotor.”

Boeing can't afford another B787

Suggesting the rationalities against going for a new aircraft at Boeing, Mr Pilarski said that the manufacturer cannot really afford another disaster like the 787.

“If it fails and is six years late, that may have a really negative impact on the future for Boeing,” he said. “They are behind on fuel efficiency and the environment but in context of the new Chinese and Russian programmes, it is maybe better to do something quickly because if you wait a decade they will have established their programmes by then. If it doesn’t come up with a perfect product it gives Airbus the chance to leap-frog Boeing and if they say they will have something by 2020, it gives Airbus 10 years to milk the neo before Boeing can come up with a new product that is even better. Finally, Boeing doesn’t have that many resources and the 777 needs replacing. There are not enough resources to do a 737 and a 777 replacement at the same time, according to Boeing’s public statements.”

He suggested there would be little impact on values because of the huge base of narrowbodies which will maintain values for many years. Mr Pilarski also pointed out that new aircraft prices were under continuing downward pressure compared with the CPI and with even more competitors in the future that is not likely to change. 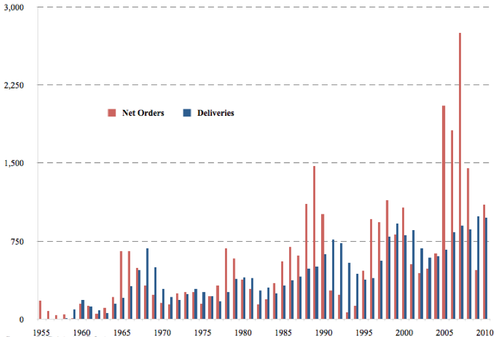 “Aircraft values have not been increasing at the levels of inflation and if you look at the market between 1999 and 2009, prices increased at only 1.5% compared with 2.6% increase in CPI. “And that is just with two aircraft,” he said. “What do you think will happen with more competitors?”

He concluded by saying with the proliferation of aircraft companies and programmes, the industry is back in a bubble environment. “We better get used to and learn to live with this proliferation of narrowbody and regional aircraft,” he said. “Milking existing platforms is a distinct possibility for Boeing and Airbus. We appraisers will have to start thinking seriously on the impact on values.”

But the audience disagreed with Mr Pilarski’s bet that Boeing would opt to re-engine. When the audience was asked if they were president of BCA, how they would vote on the next new aircraft, the majority indicated it would indeed be an all new narrow body between 150 and 250 seats.

The audience indicated that Airbus will sell between 1000 and 2000 neos although Mr Seymour indicated he thought deliveries would be between 4000 and 5000. However, Mr Klein said the results were not surprising given the uncertainty in the market. Interestingly, he indicated that there would be five years between programmes with the neo coming in 2016 and then Boeing's all-new aircraft in the 2020 period followed by an all new Airbus in 2025. 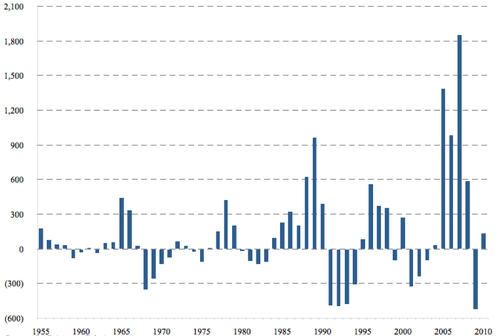 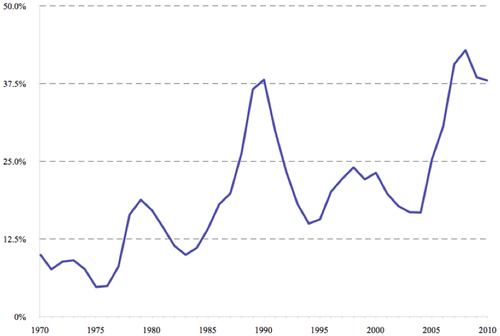 The audience was then polled again asking how many of the Airbus neo family would sell and sales rose to between 2000 and 3000.

For the troubled 787-8 programme, he indicated deliveries would be between 2000 and 3000 aircraft, a safe number given there are now 850 on order now.

Fuel will be USD40 before Boeing’s new aircraft arrives

Mr Pilarski indicated the current run-up in oil prices is a short-term phenomenon. However, if the present unrest spreads to Saudi Arabia, a jump to USD250 per barrel “could easily happen in the short term”. However, he predicted by the time the neo and “whatever Boeing is going to do” hit the market oil will probably be at USD40 per barrel.

“Whether these autocracies will be replaced by theocracies or democracies – and I’m much less optimistic about democratic development in the Middle East – at the end of the day oil prices will always be volatile,” he said. “While political problems make it worse, it is important to look at the short term versus the long term. In the end it doesn’t matter who takes over or what the political leadership will be in all the Middle Eastern countries because there will never be a shortage of people willing to sell you oil. The important thing is that airlines are making their decisions based on today’s oil prices. When they approach manufacturers they are thinking of the price they paid to fill up their car that morning. Instead they should be thinking about oil prices, when they take delivery of new aircraft, 11 years from now and the next 20 to 30 years beyond that. They are not thinking that they want an aircraft that if oil prices go up they will be covered.”

Mr Pilarski offered a different perspective on the proliferation of new aircraft programmes coming from Canada, China and Russia and suggested there would be such a new offering from India as well. “Boeing and Airbus will not be disappearing,” he said, noting that in the past few decades dozens of aircraft companies have left the market. “We are just moving back now.”