Recessions good for Ryanair, Frontier to emerge from bankruptcy this week

He continued to say that the carrier is lowering its cost base and gearing the company up for a "period of renewed growth over the coming years." Ryanair's shares slipped 0.9% on Friday.

Frontier expected to emerge from bankruptcy protection this week

In the US, Frontier Airlines announced plans to emerge from bankruptcy protection on 01-Oct-2009 as a wholly-owned unit of Republic Airways Holdings. The company, citing reorganisation costs of USD10.5 million, reported a net loss of USD2.0 million and an operating profit of USD10.2 million in Aug-2009. 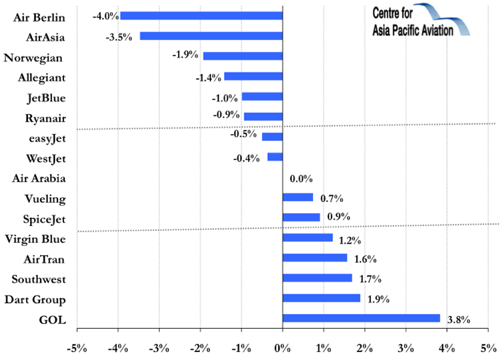